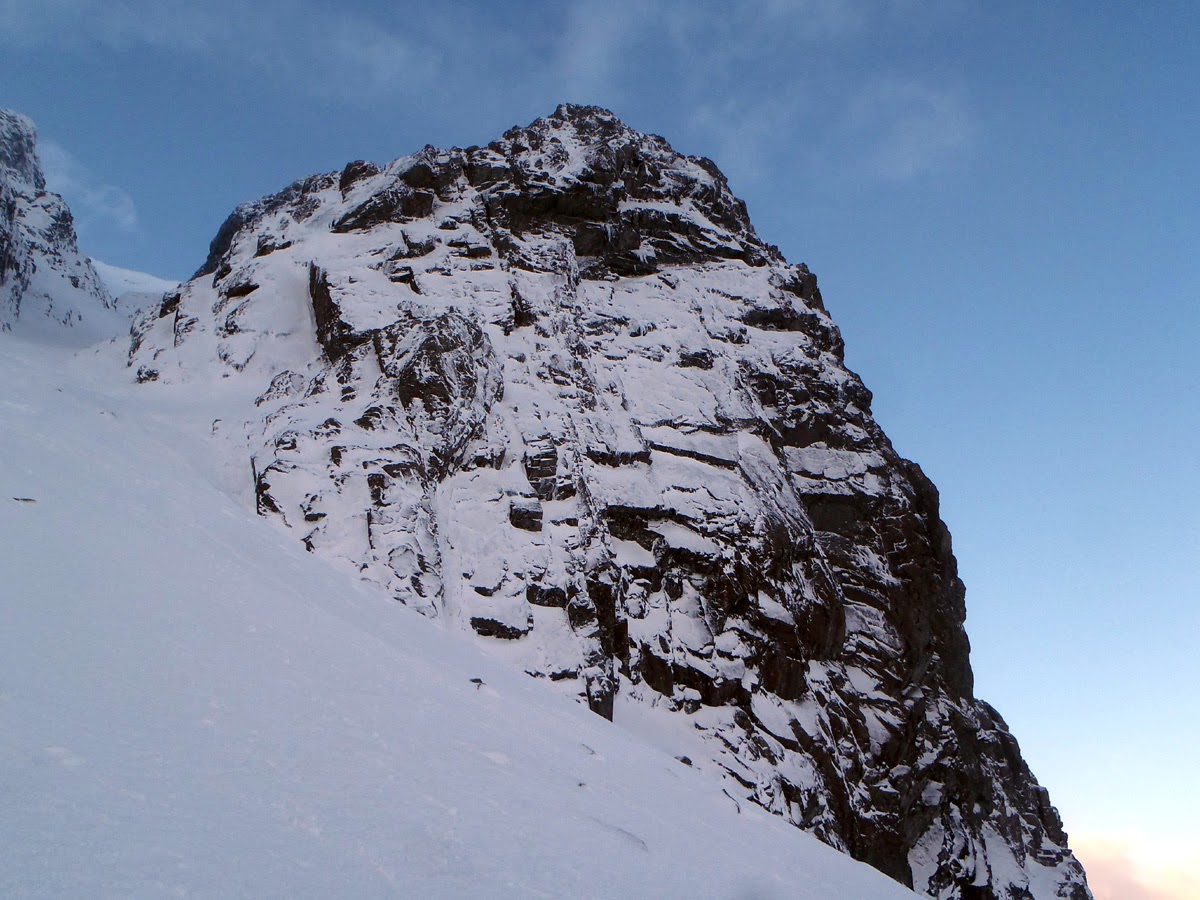 At last we had a cold, dry day with some sunshine. I came home with dry gloves and a big smile on my (wind blown) face. Neil, Dan and I went up Ledge Route, abseiled into Number Five Gully to see how snow bollards work and came back down Ledge Route. They want to have a go at the Matterhorn in the future so climbing down stuff will be a good skill to have. 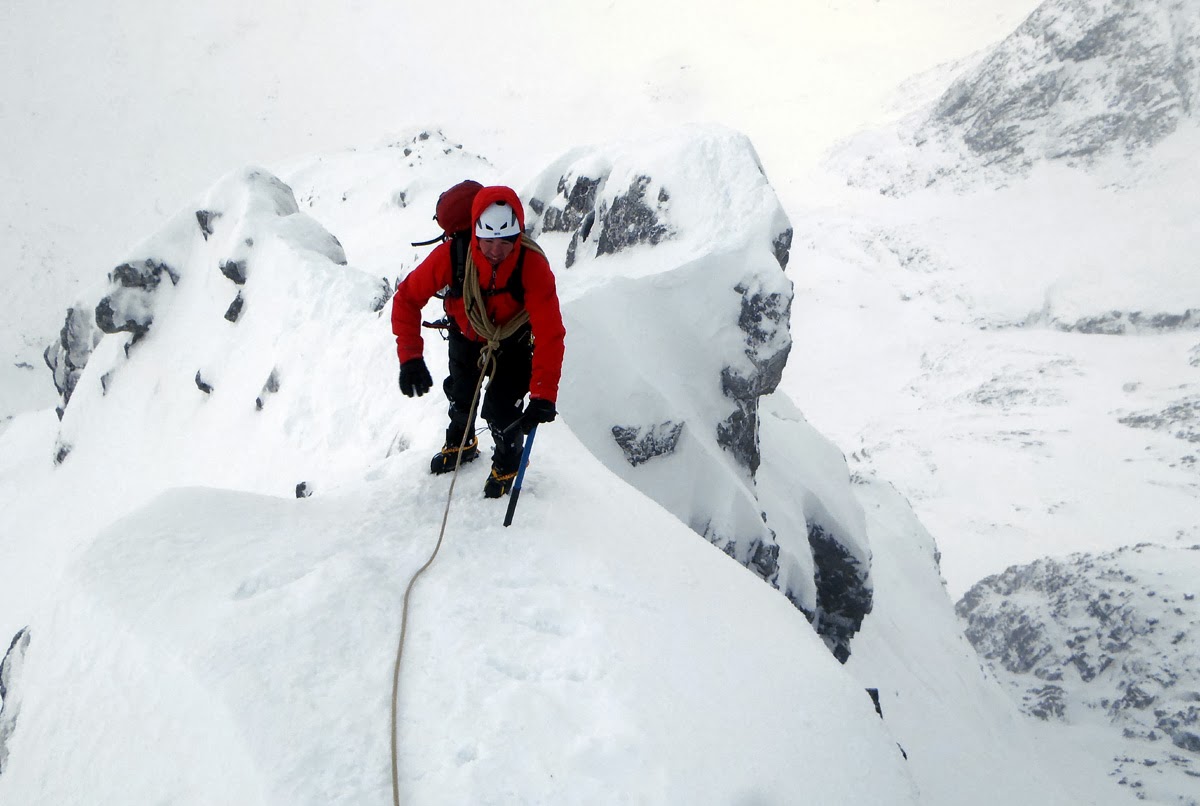 Where the wind has scoured the slopes, the snow is quite firm. This is the case on Ledge Route and will be the same on NE Buttress. Anywhere sheltered where the snow has been collecting now has deep, dense windslab on it making travel hard work and a bit hazardous. 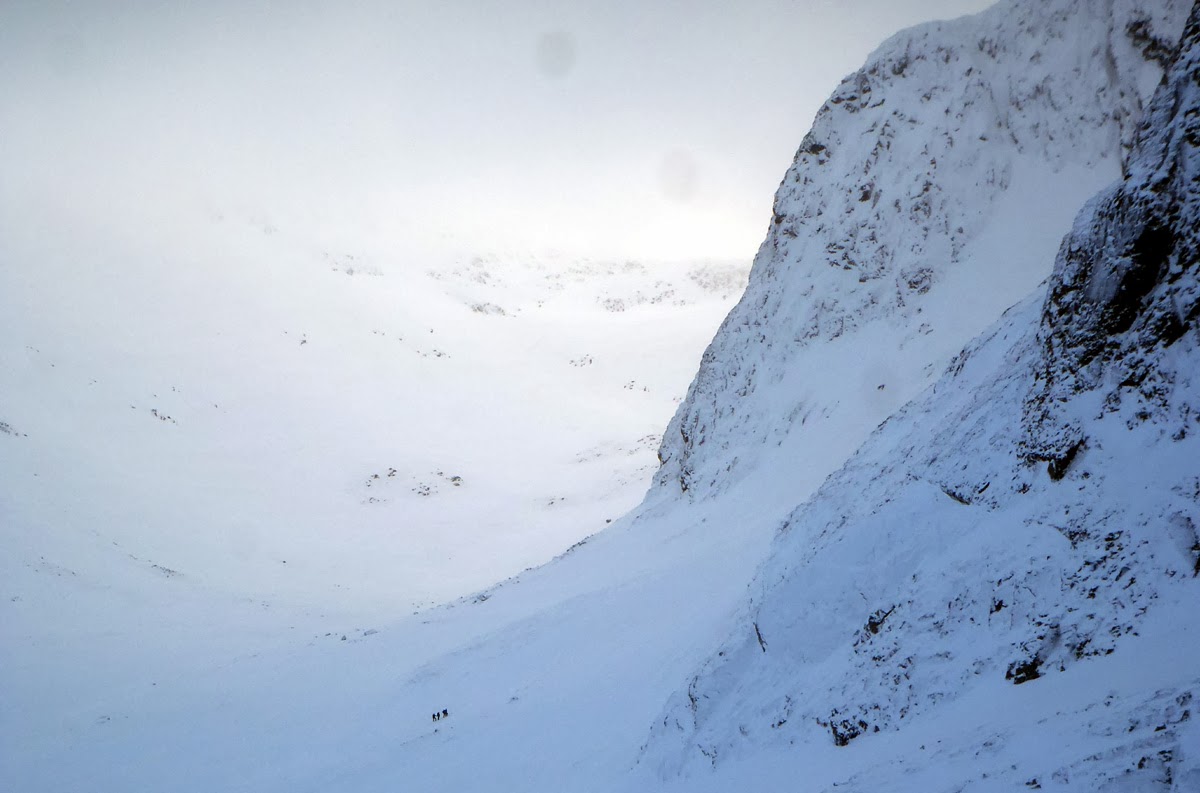 From what I saw today Route One on Carn Dearg Buttress  was climbed, NE Buttress, Tower Ridge, Gutless and SW Ridge of Douglas Boulder. Green Hollow Route was climbed and a good team found the ice ran out on Newbiggin's Route Far Right Variation. The Shroud is a bit fatter and now has two columns touching down. Strong wind, cold temperatures and lots more snowfall at the weekend. 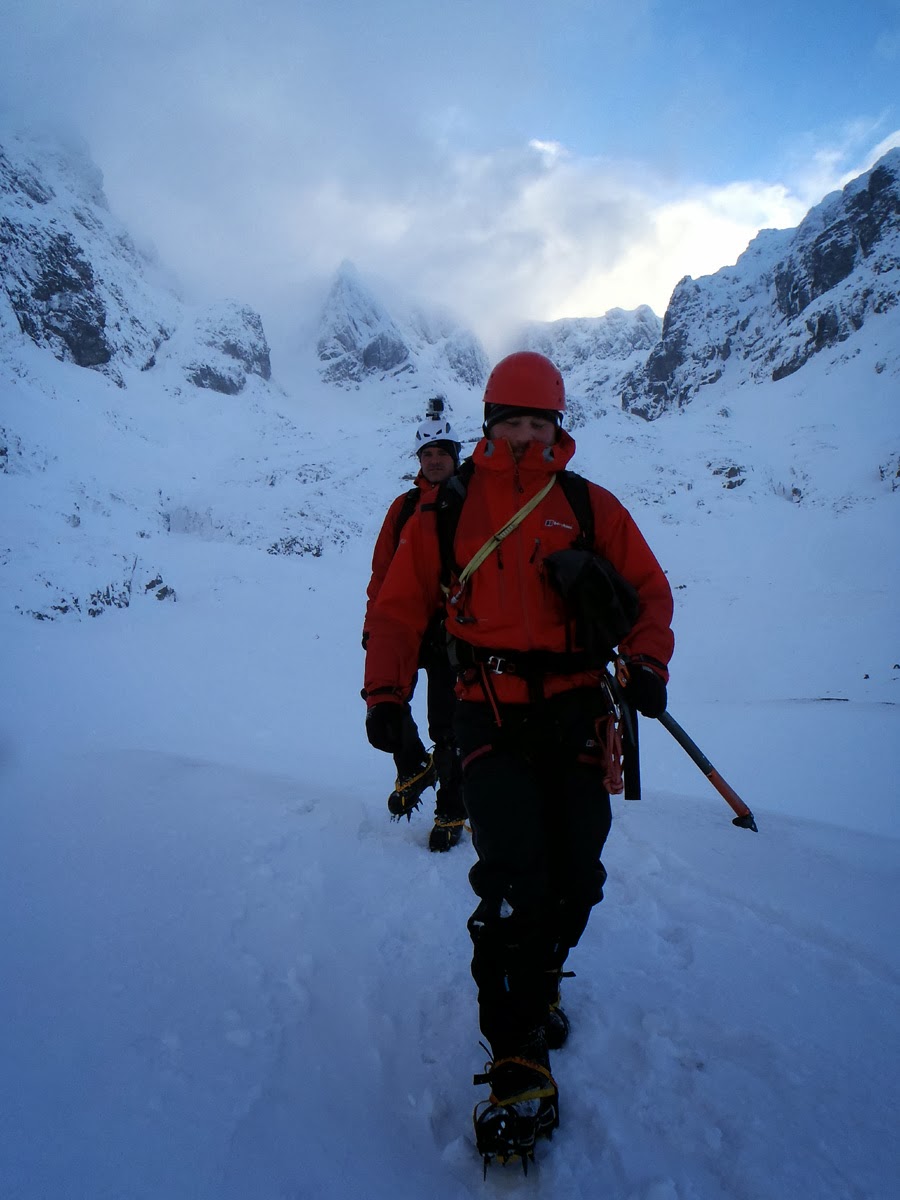