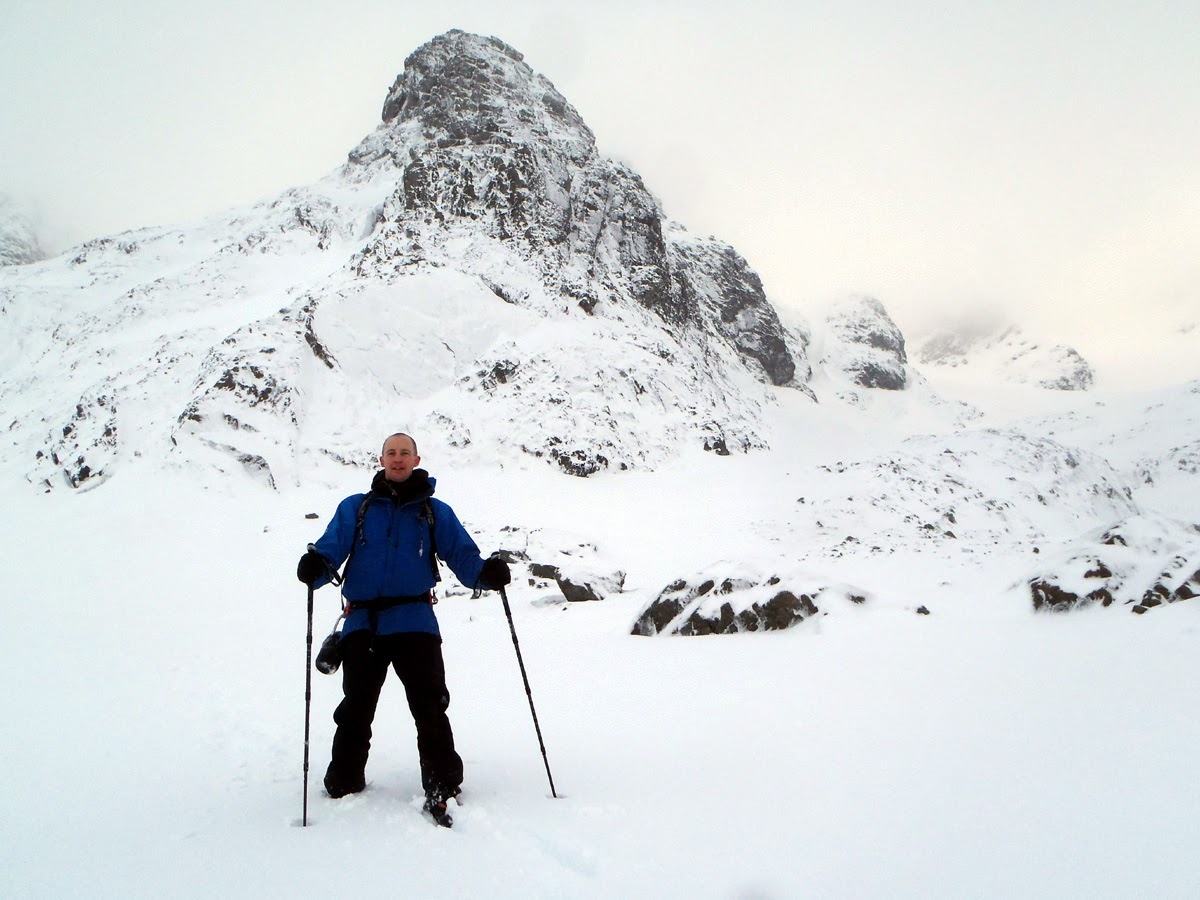 The weather was not as good as forecast so Mick and I went for a very good second option on Ben Nevis. First option was NE Buttress in the afternoon sunshine, second option was Gutless on Douglas Boulder. There is some ice on Gutless and the chimney section was very good fun with a great bit of bridging to escape the chimney. The steep neve to the belay ledge was quite disturbing though with no protection for 12m or so and no secure axe placements. We went over to the SW Ridge and joined a few other teams going up this. Some big avalanches have released recently from the west side of Tower Ridge leaving behind big crown walls under Garadh Gully and Vanishing Gully. The Castle Gullies went twice and reached the half way lochain path both times! SE winds are very good for making big avalanches on Ben Nevis. On the plus side The Shroud has touched down! 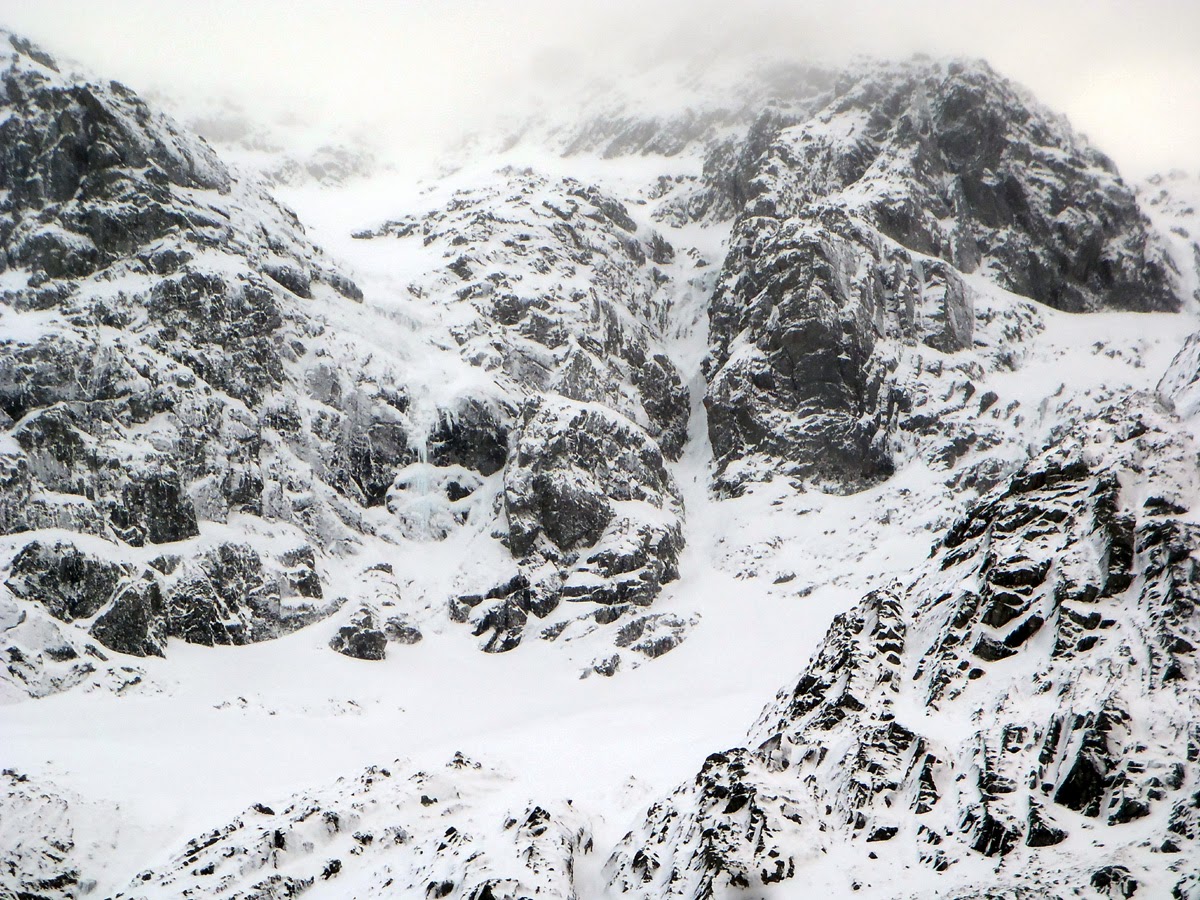