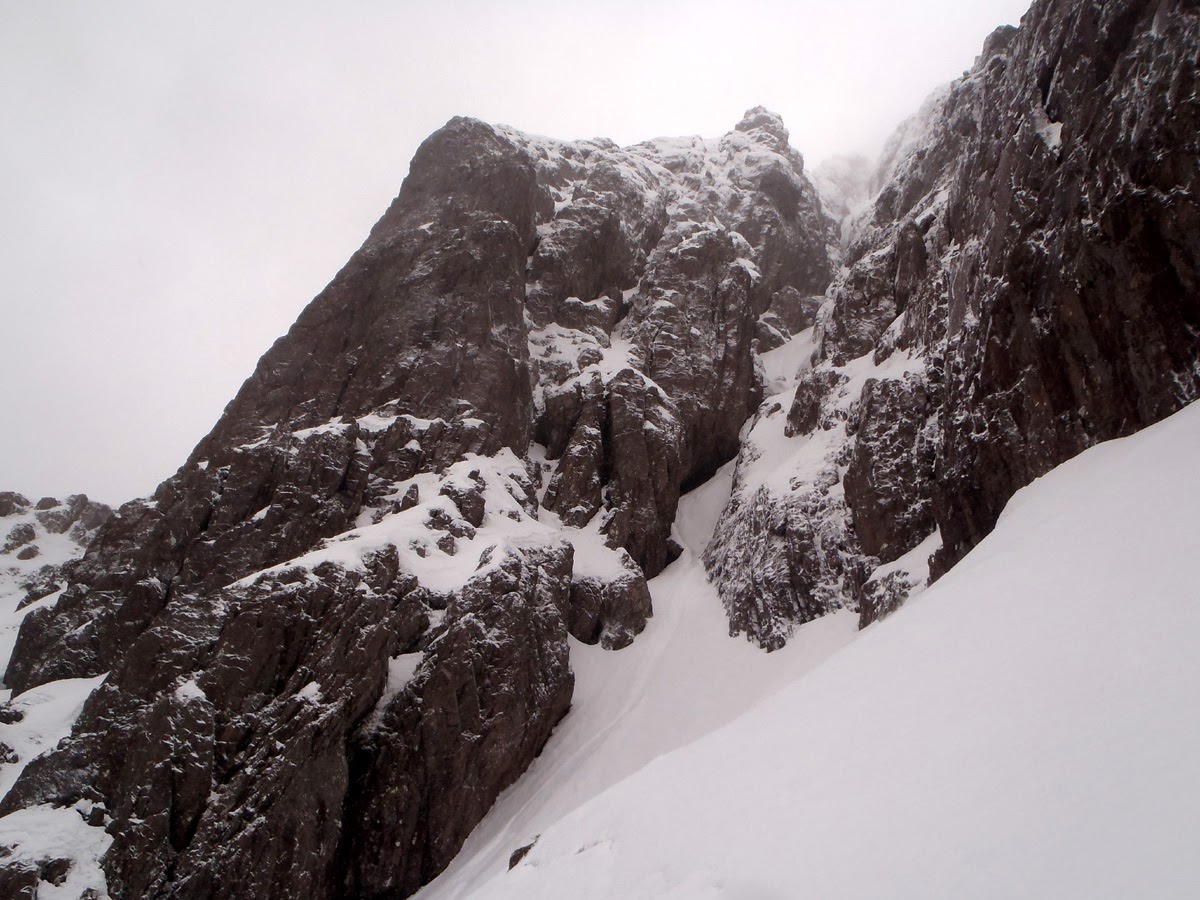 It was a swirly, whirly snow storm today. There was no way under it, no way over it so we had to go through it. We didn't find a bear in the caves of Shelf Route but we did find fun climbing. The forecast made me quite indecisive first thing and D Gully Buttress was the first option for Mick and me. This looked quite black from the walk in and the snow was not falling so heavily so we went for Shelf Route instead. This follows the line of the right hand chimney on the side of Crowberry Tower in the picture above. 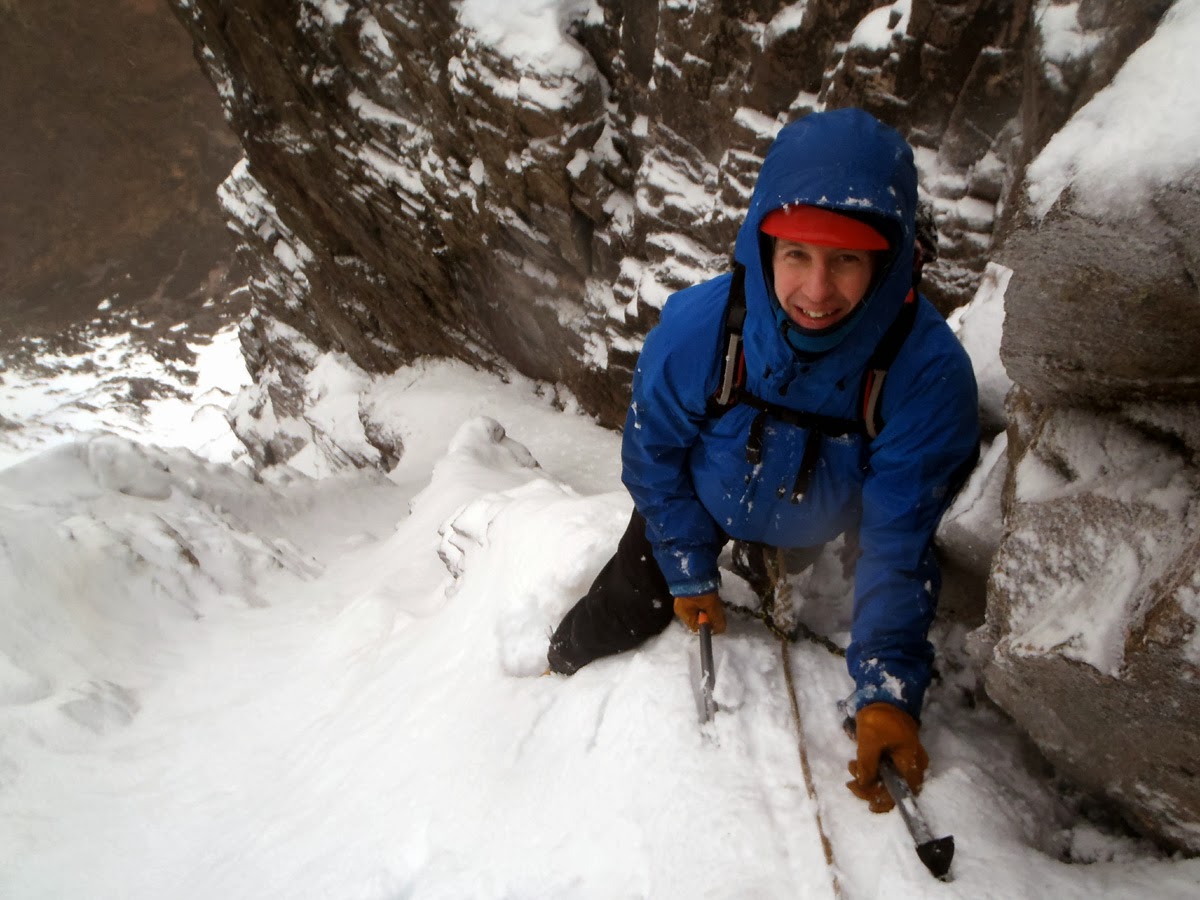 The snow was soft of course and the ground underneath was not frozen - turf and loose rocks were coming out from underneath the deeper bits of snow. There were a few blobs of ice but as with most routes there is a very good cover of snow on it. 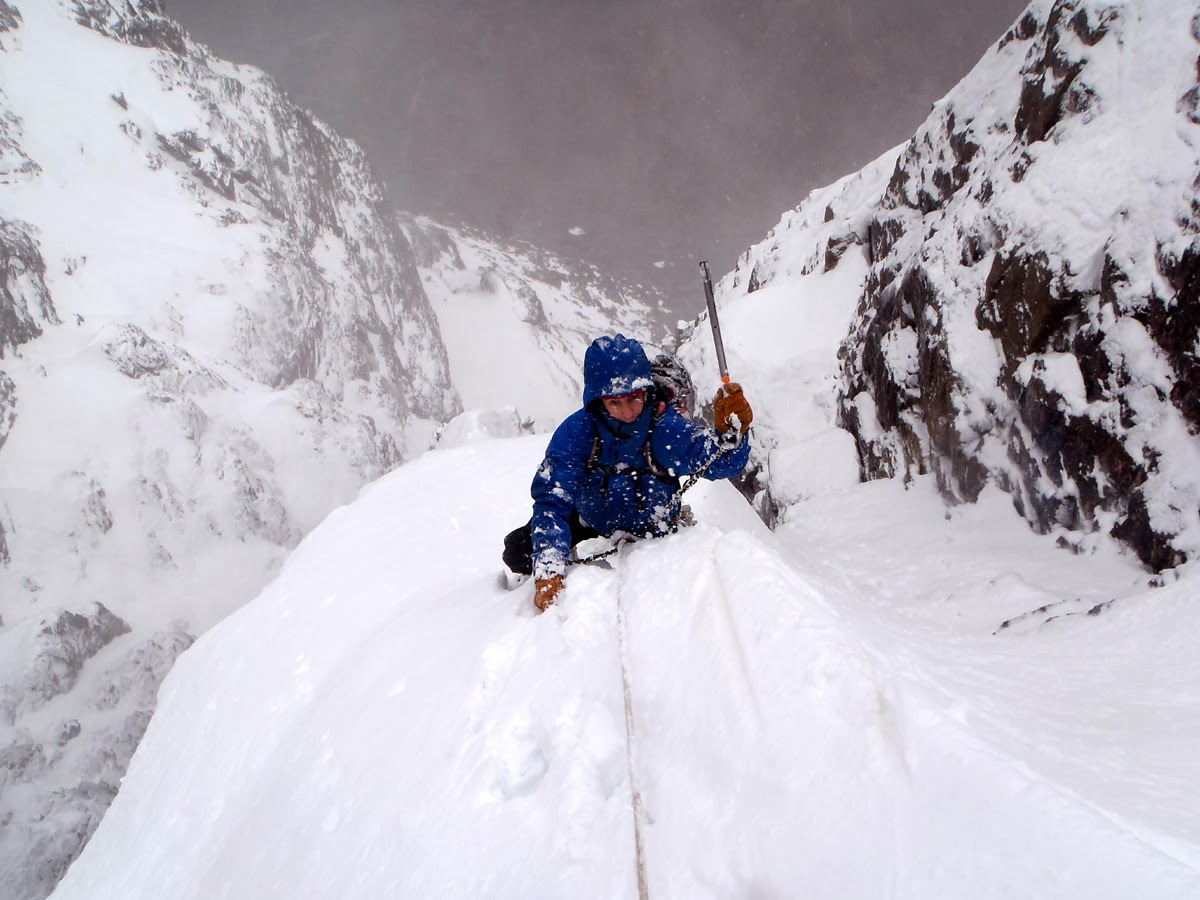 The wind on Crowberry Tower was not so strong and on the summit it was fine. There was snow falling for part of the day but not that much accumulated and the descent down Coire na Tulloch was fine. Curved Ridge is in great condition and it has seen some traffic so the snow is compacted. Some ice is forming but it was only just freezing on the summit. 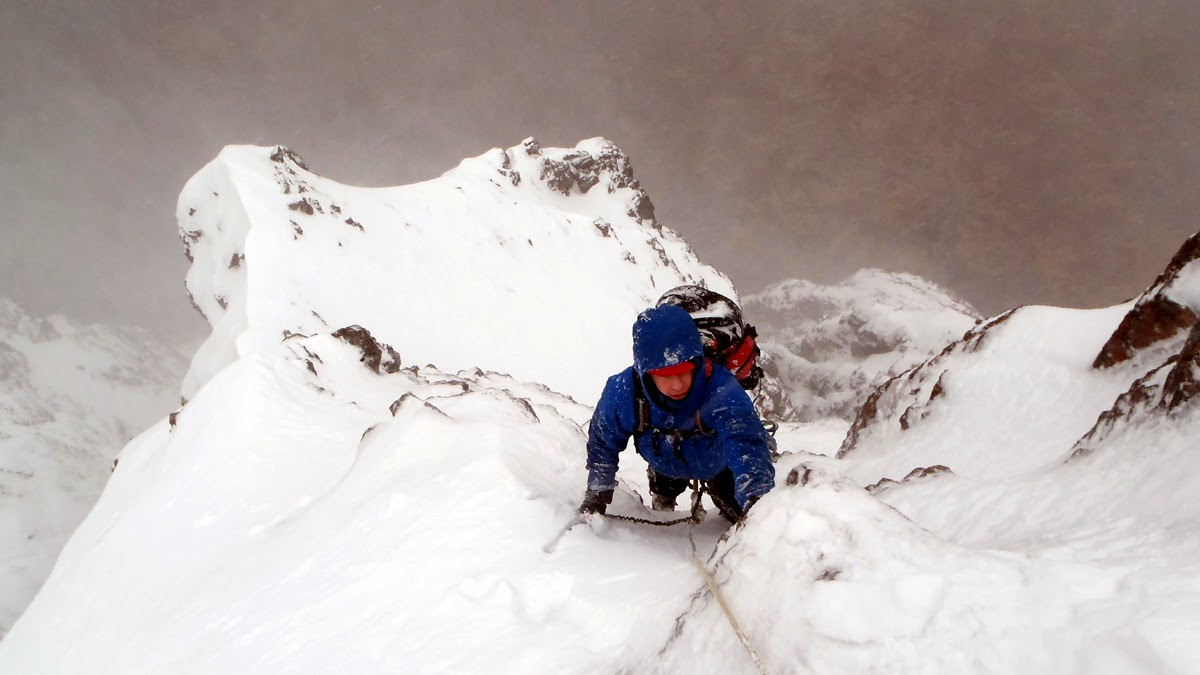