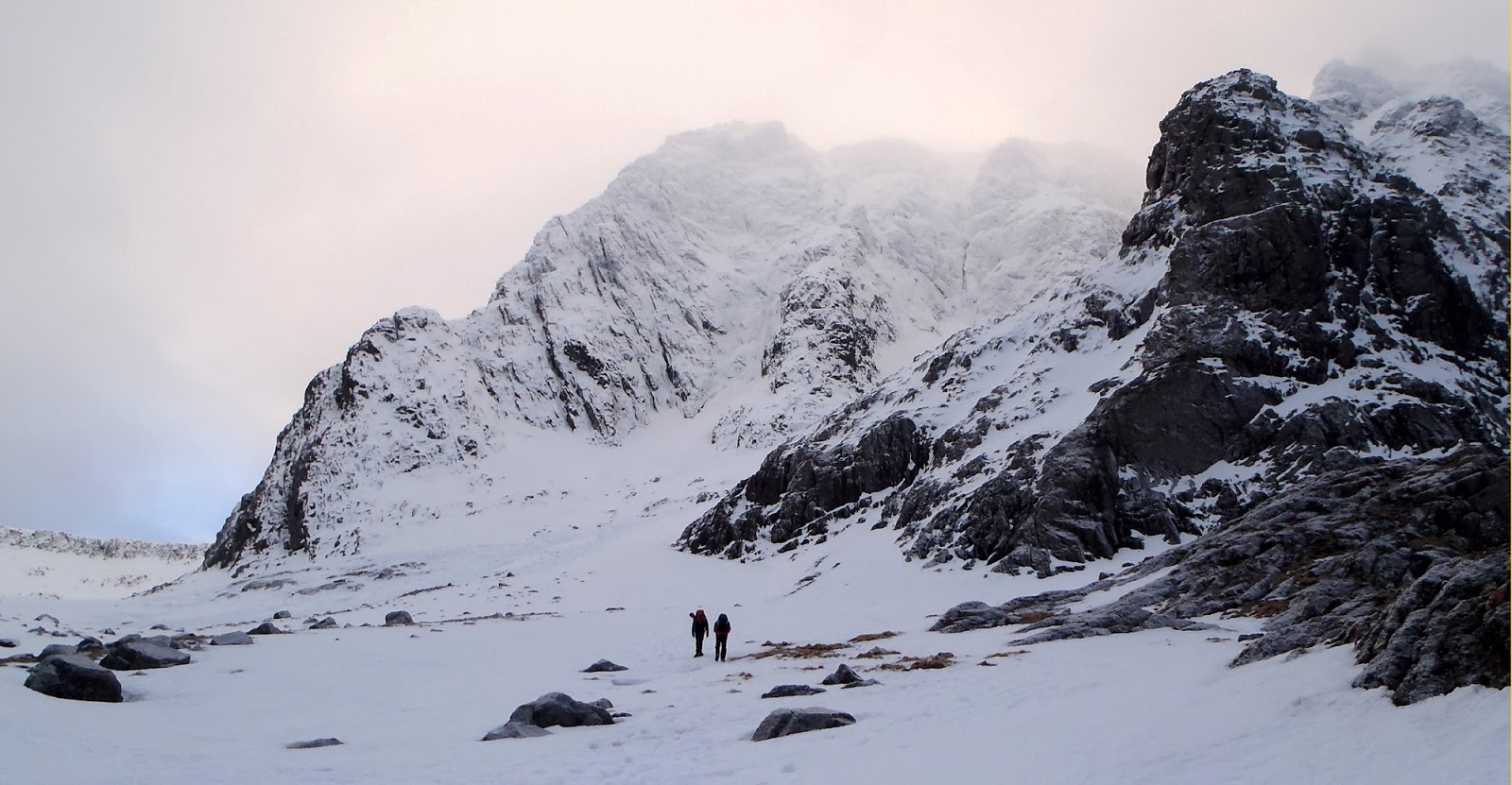 The stars were out last night and it cooled down rapidly, firming up the snow quite well. Today dawned bright and Andreas and I were looking to make the most of it on the last of five days of climbing. The snow above the CIC Hut was crusty and as we looked up at Point Five Gully it started to snow so we decided not to take a gamble with this route but to make sure we climbed something instead. 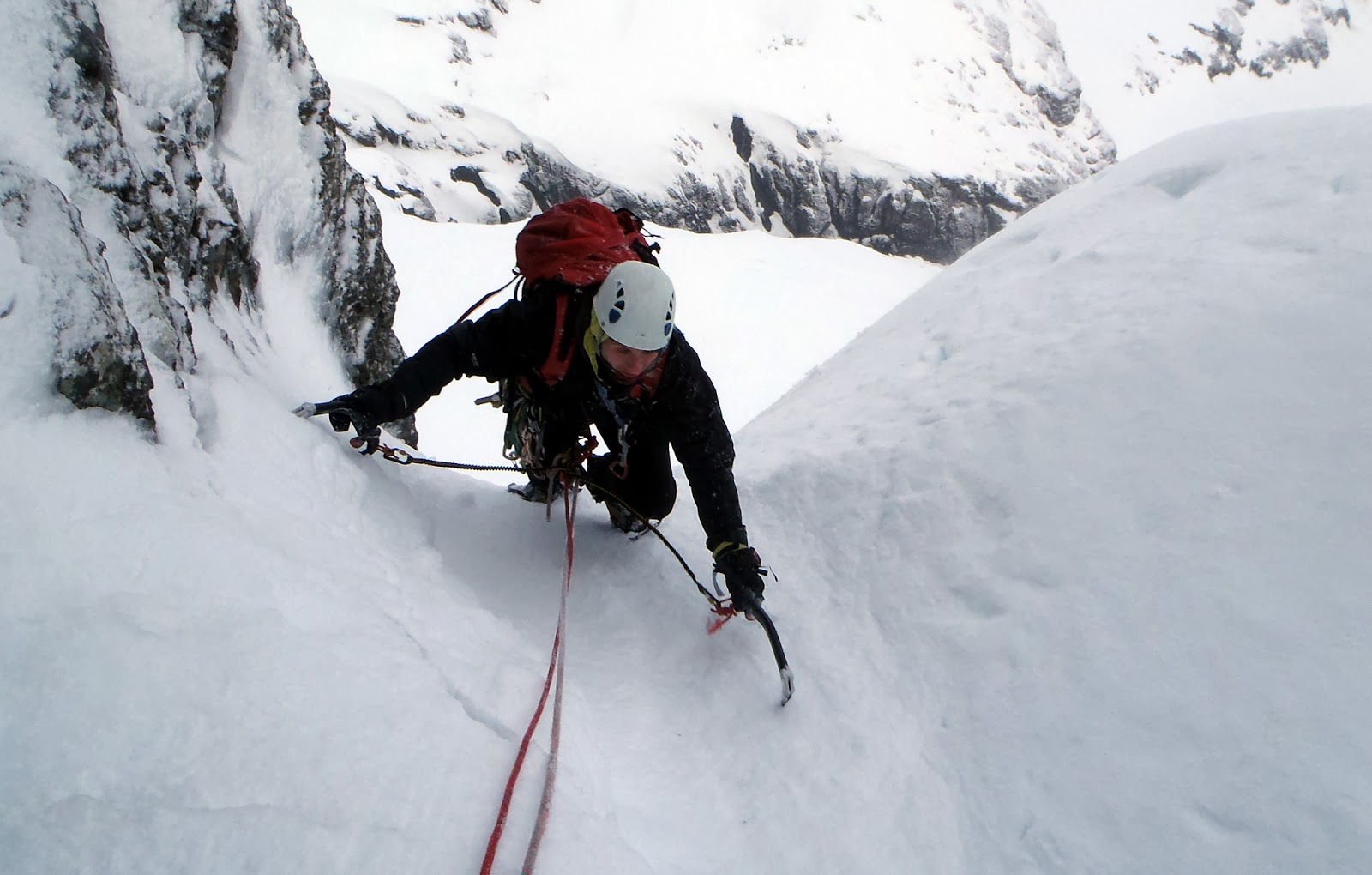 So our second option was Vanishing Gully which worked out well. I got one ice screw on the first pitch about five metres above the start and nothing else! The entrance to the cave was well buried but luckily I started digging in the right place to get inside and out of the spindrift. The second pitch is steep and soft but much better protected with a couple of good ice screws and a couple of rock runners as well. It's not time to push your grade up to V in the current conditions. In fact if you are a grade V climber this route will be an emotional experience for you. If you are a grade VI climber you'll find it absorbing and fun. 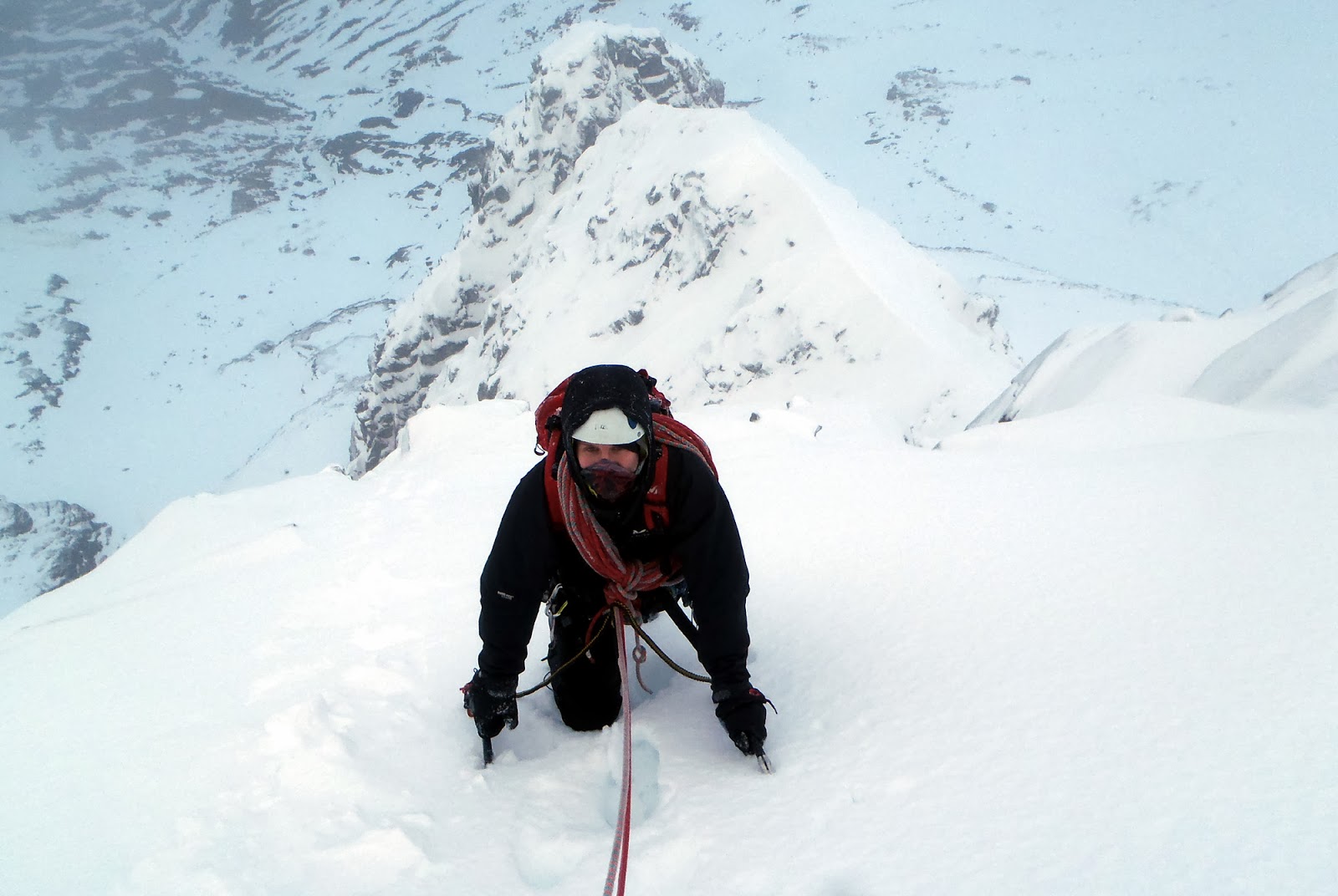 Andreas and I carried on up to Tower Ridge which we descended. One team made a trail up Tower Ridge which has a brilliant snow crest at the start. Donald and Guy climbed NW Face Route on Douglas Boulder, Rich and Gillian climbed Fawlty Towers I think and there were a couple of other teams in the coire. Conditions are still generally soft with excellent snow cover, a little ice and well rimed buttresses with ice filled cracks.