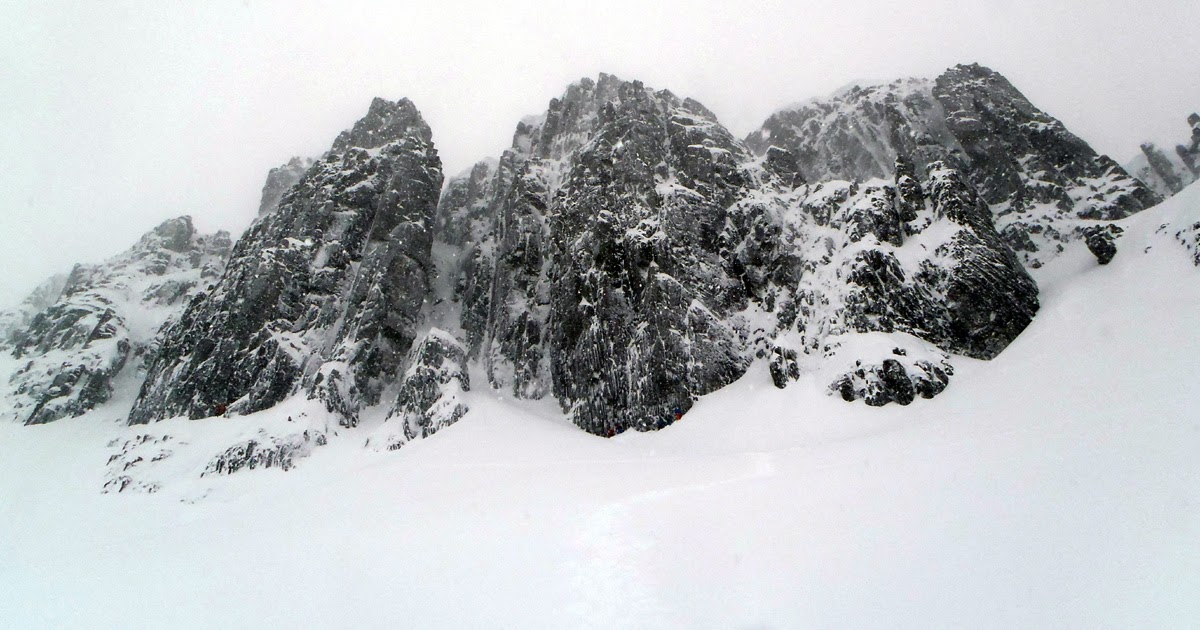 The hills have been buried in snow! Steady rain last night fell as snow above 500m and lots of it came down. Sarah and I went up to Stob Coire nan Lochan to climb Raeburn's Route on Central Buttress  which worked out to be a good decision. The crag faces East so in this SE wind it seemed like a good bet to avoid the avalanches. We also arrived just after a big team from the BMC Scottish Winter Climbing Meet so there was a very nice trail (trench) all the way to the routes! 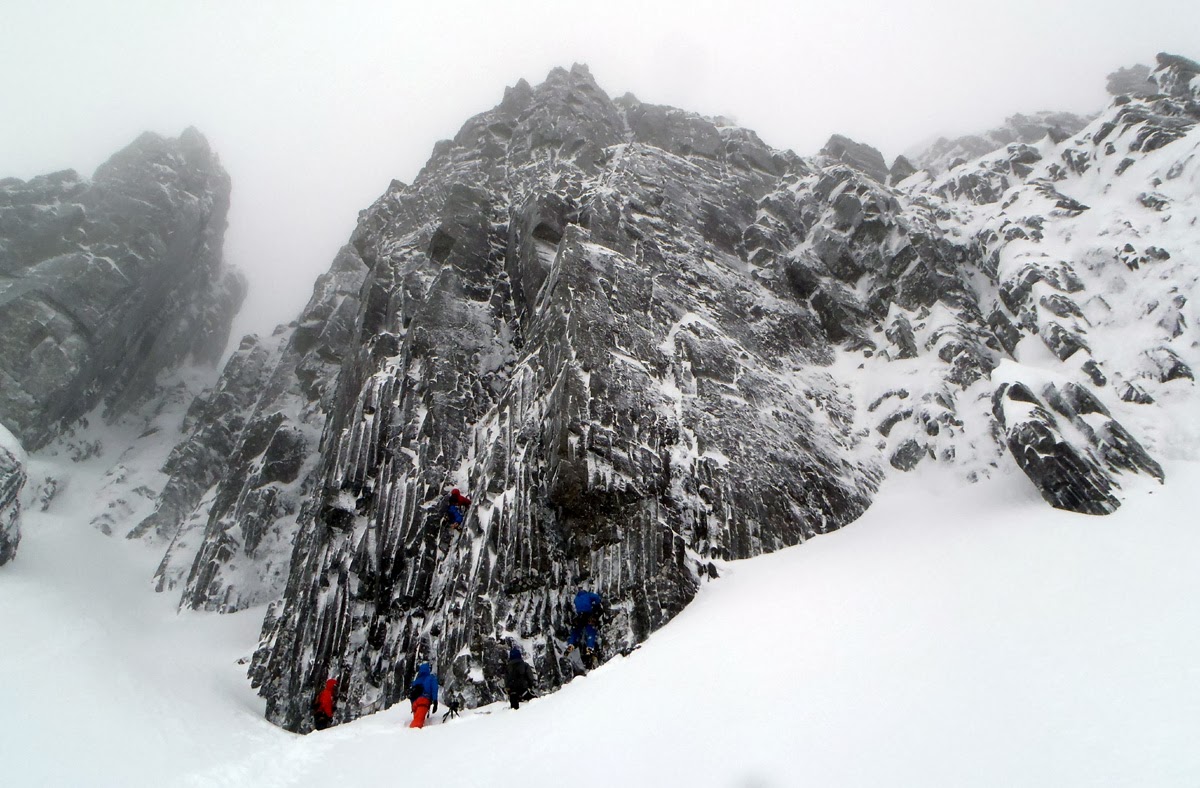 Only the very last we bit to the routes was spooky for the avalanche hazard but I was not keen to go any where near Broad Gully, SC or NC Gullies. The crag was very white, well frozen and with lots of smears of ice on it. Thinner patches of the old snow have firmed up a bit and are quite nice now but there is still a lot of soft neve. The stars of the climbing world were on big routes such as Inclination, Central Grooves, Scabbard Chimney and Crest Route. Looks like we might get a few days of slightly drier and colder Easterly winds before the mixed weather returns for the weekend so the international meet teams will hopefully be able to get some great climbs done. 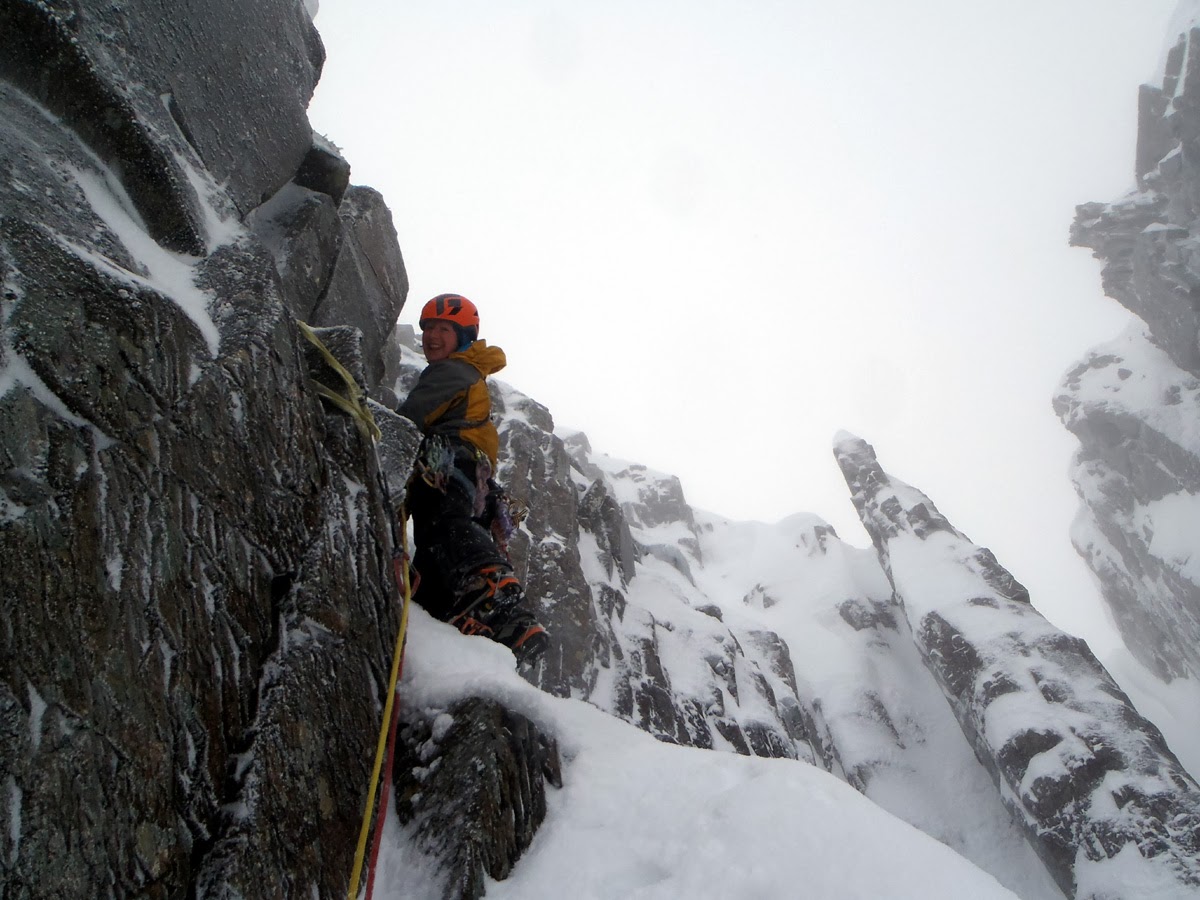