It was a soggy weekend and it only started to cool down a little during today. There were some impressive avalanches on Buachaille Etive Mor yesterday as a result of the warmer conditions. One down the back of Coire na Tulloch on a NW facing slope and one down the side of the coire on an E facing slope! Lots of aspects were loaded up but hopefully they will all have been settled down now it is colder. 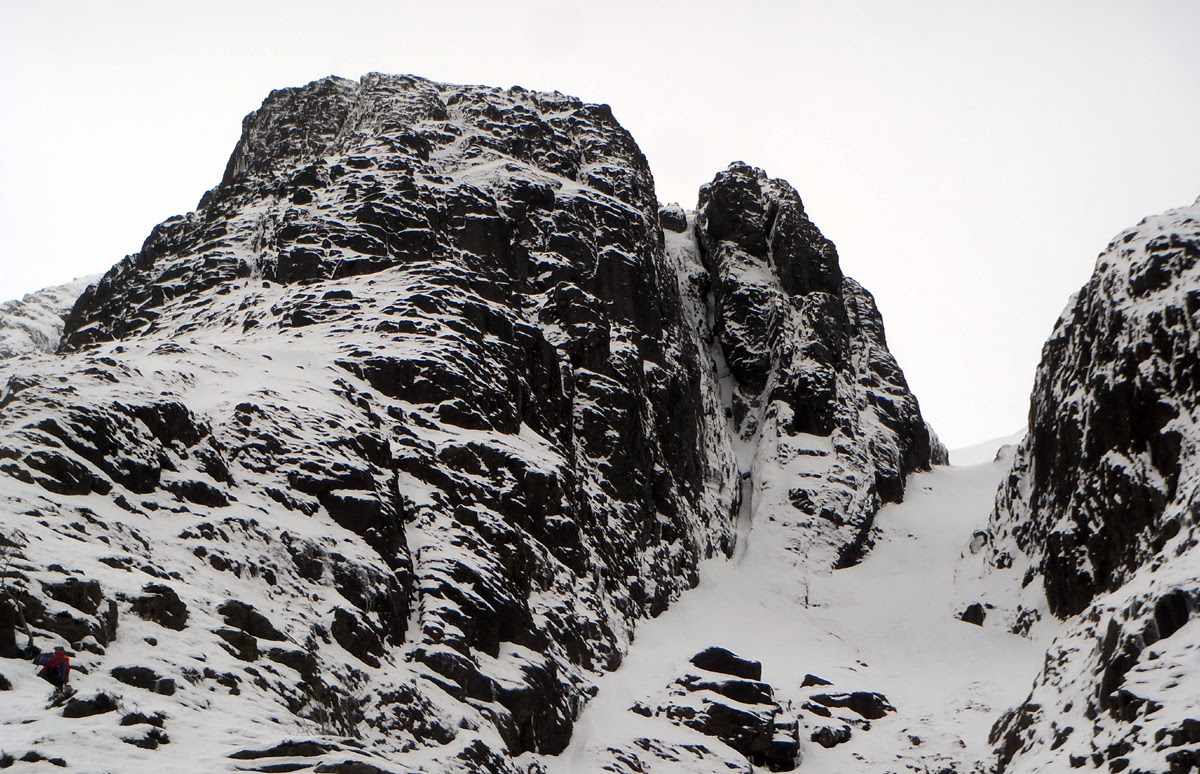 Kiernan and I went to climb North Buttress as a warm up to a week of mixed climbing. With plenty of experience on ice Kiernan is keen to explore the world of mixed climbing which is a good plan with the current conditions. On the way we saw into Raven's Gully which I've  never seen so full of snow. There is also a big pile of avalanche debris on Great Gully! 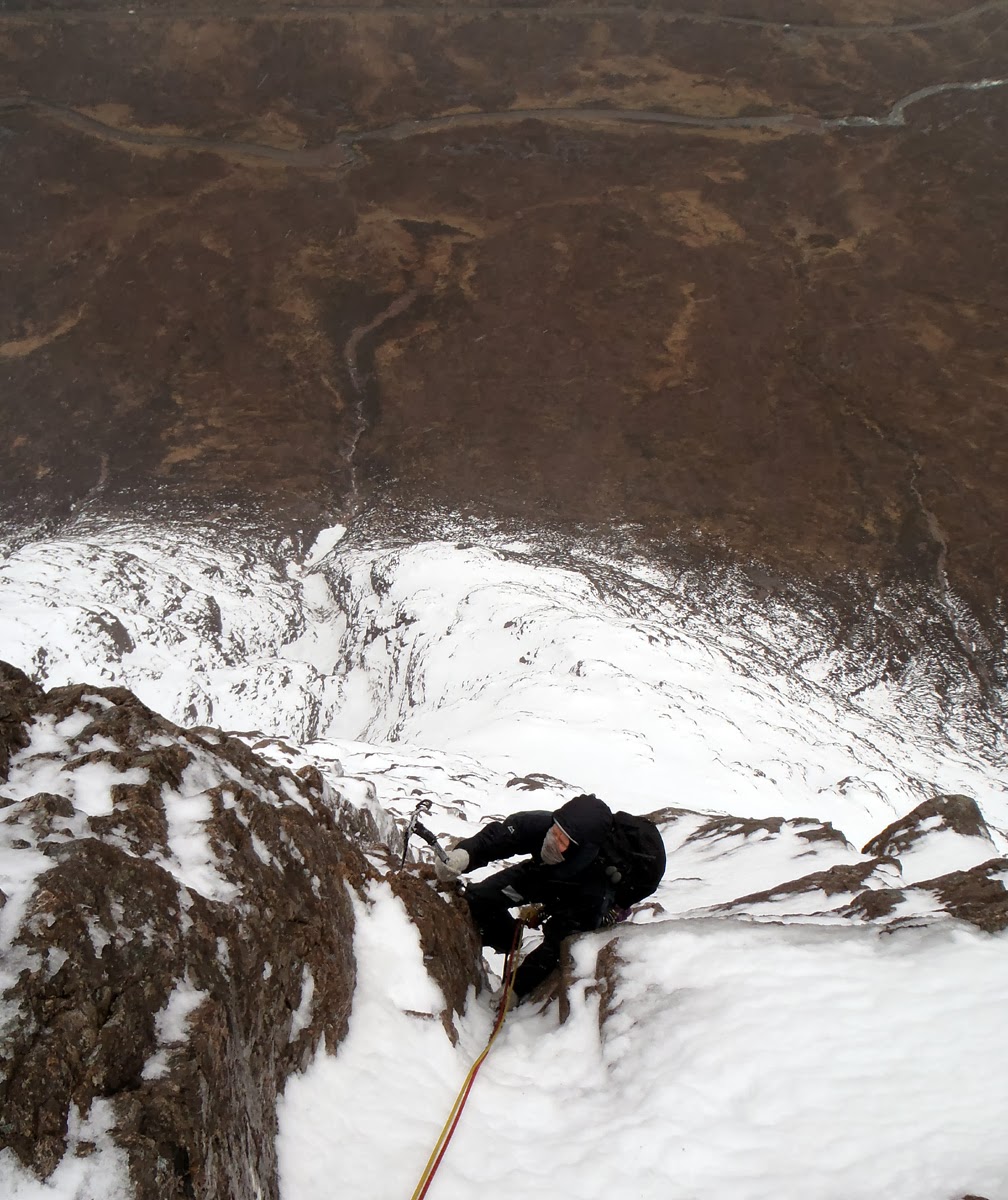 The climb was soggy but there is some old snow higher up which is quite nice and the climbing was good. We walked off but did not go down the coire. The cornice has fallen off in a couple of bits (which triggered the big avalanche) but there is still a big chunk hanging over the edge. I've never seen the exit as steep as it is now either. We walked down the ridge to the west of the coire instead where there is now a trail in the snow.