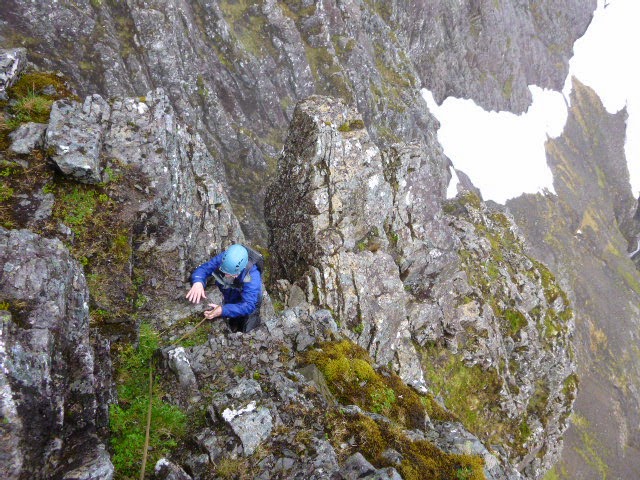 Colin and I had a great day on Curved Ridge yesterday. There were one or two showers but it was more dry than it was wet. We got a great view from the summit too. Lots of snow has melted from the slopes at the top of the ridge so it is very easy to finish now without touching the snow. The descent down Coire na Tullaich is also clear of snow. 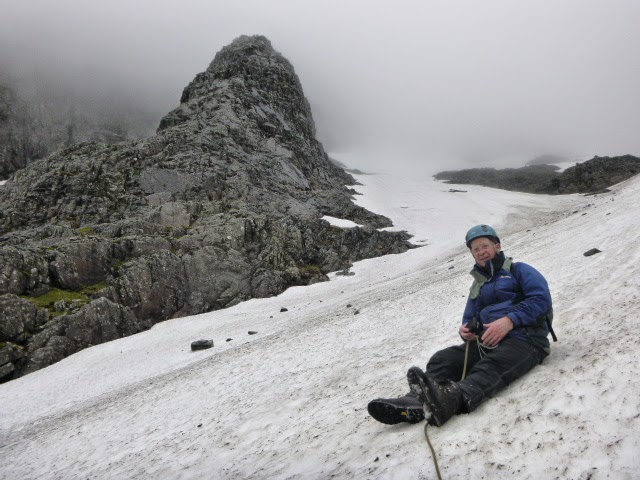 In the coires on the North Face of Ben Nevis though there is still a lot of snow. Today Colin and I went to climb the SW Ridge of Douglas Boulder which has had very many ascents in recent winters. There is still a big snow patch near the bottom of West Gully of Douglas Gap but you can avoid this on the way to the ridge. There are a few loose blocks on the climb but not as many as I remember from a few years ago when I did it for BBC Radio Scotland. It will take a while for the rocks to be less slippery in the wet though.

After the abseil into Douglas Gap we descended East Gully and went across into Observatory Gully. Here the snow is dense and a few metres deep still! If you want to climb The Long Climb or on the Minus Face you'll need an ice axe to get there! For us today it just gave us a nice slide back down to the Allt a'Mhuilinn. 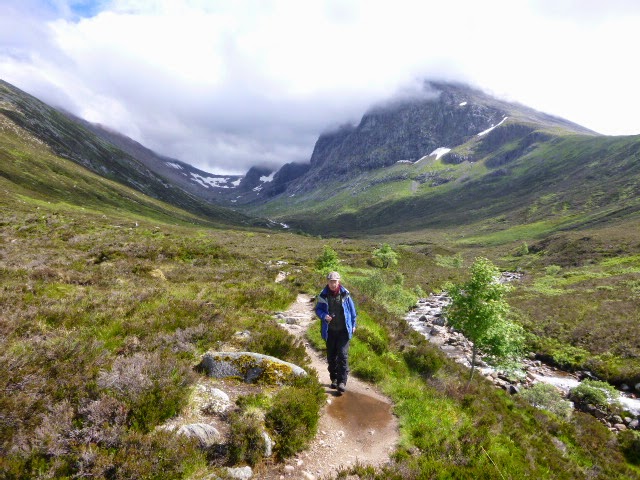