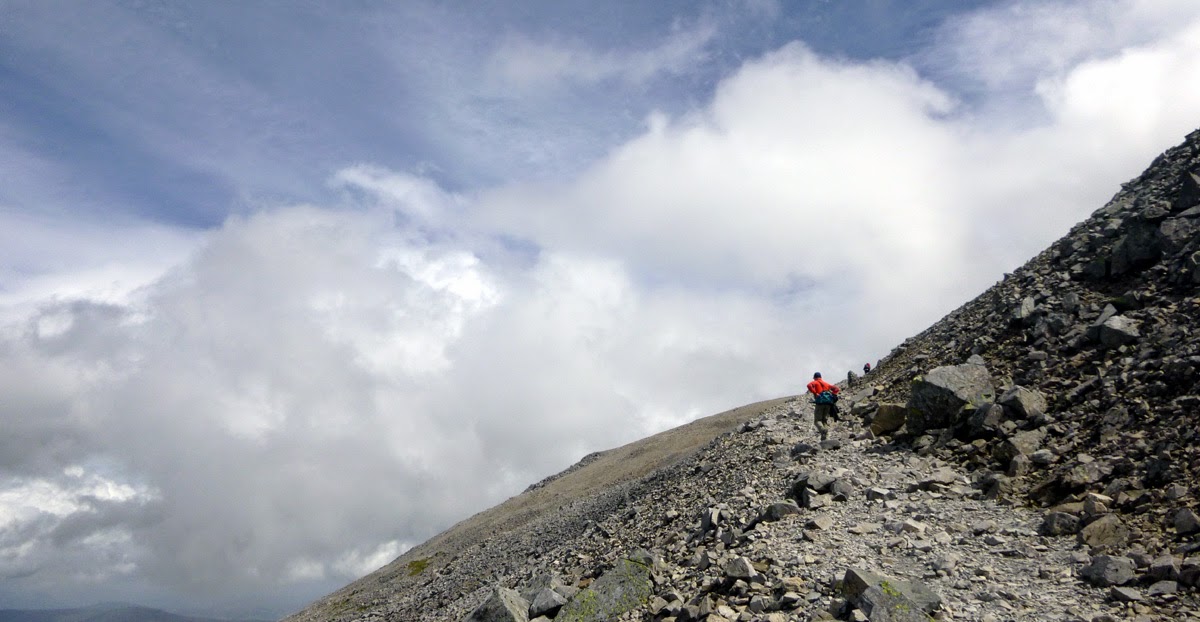 Another nice day on Ben Nevis with Maz and Daryl from Australia. Maz has completed the Kokoda Track a few times and done several other walks so they thought they should enjoy the highest peak in the UK while they are here. Thankfully it was a nice day and we got a great view from the summit and had just a light shower in the last 20minutes. 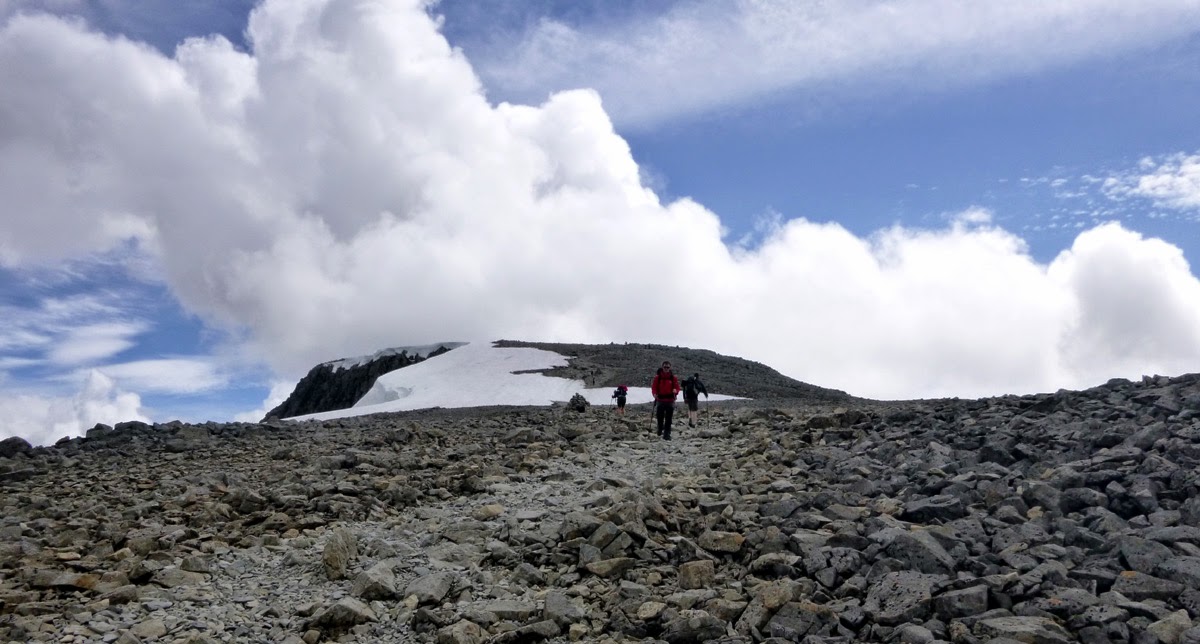 It's amazing how much snow has melted away in the last few weeks. Exactly a month ago there was about 2m depth of snow on the summit which has all gone now. Also gone from the summit already is a bench that was placed there on Saturday. I think this was supposed to be a nice gesture along the lines of a memorial bench that you might see in a town park. However, Ben Nevis summit is not the place for this and you would need the landowners permission anyway. All gone by the time I got to the summit with Maz and Daryl though! 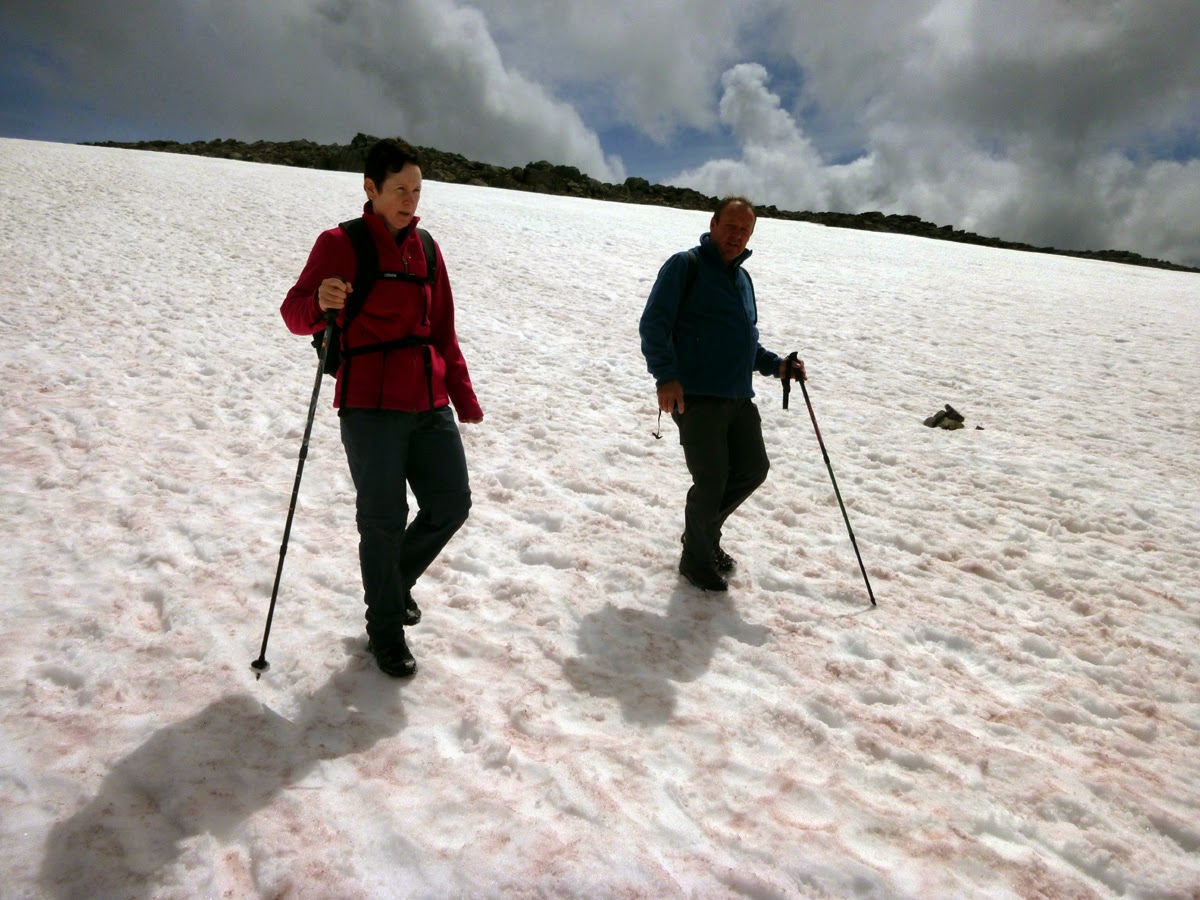