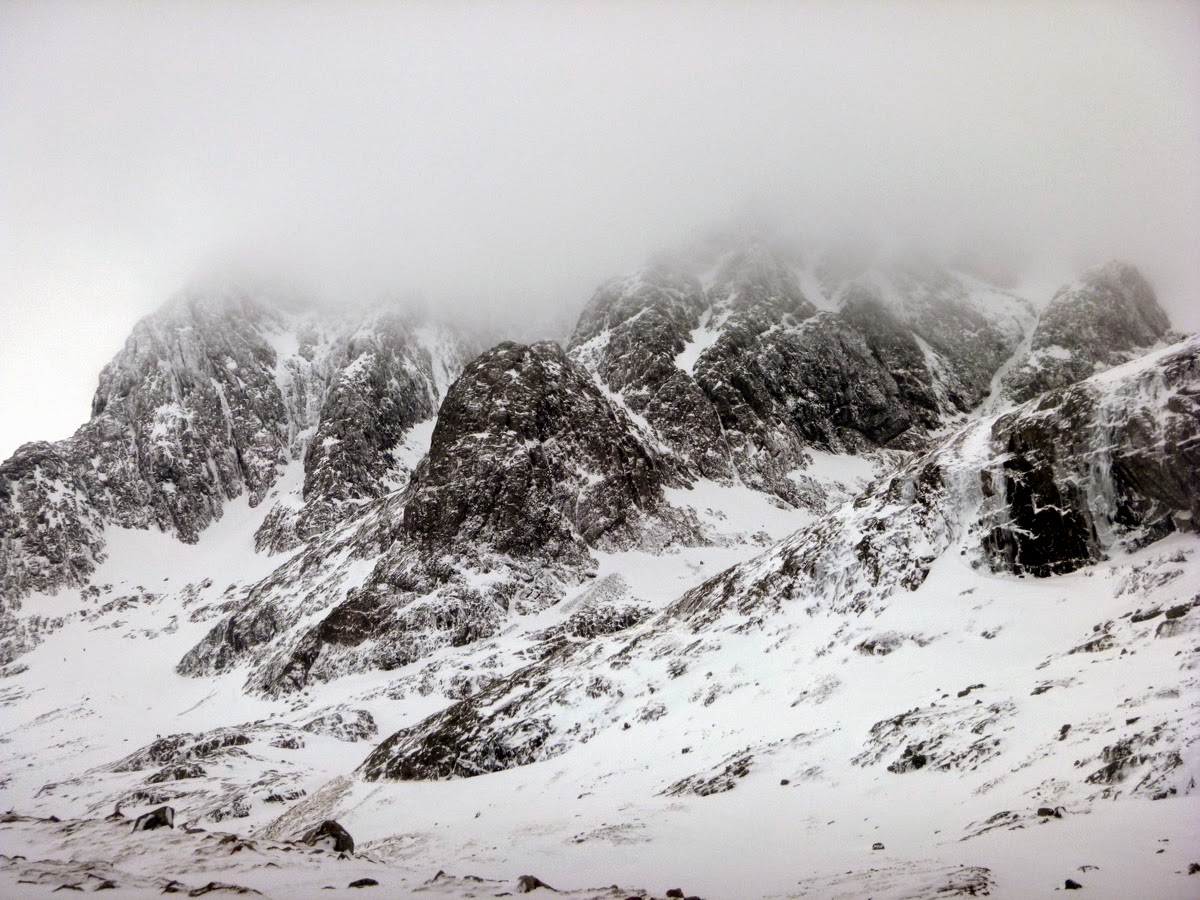 Strong winds from the NW yesterday moved a bit of the soft snow off a few slopes on Ben Nevis. John, Luke and I went to climb Vanishing Gully which proved a popular wee spot. There were other people climbing Cutlass, Jacknife, SW Ridge Douglas Boulder and Fawlty Towers. There is still a good amount of soft snow on the slopes here but it had been eroded by the wind and seemed to be fairly well stuck in place. 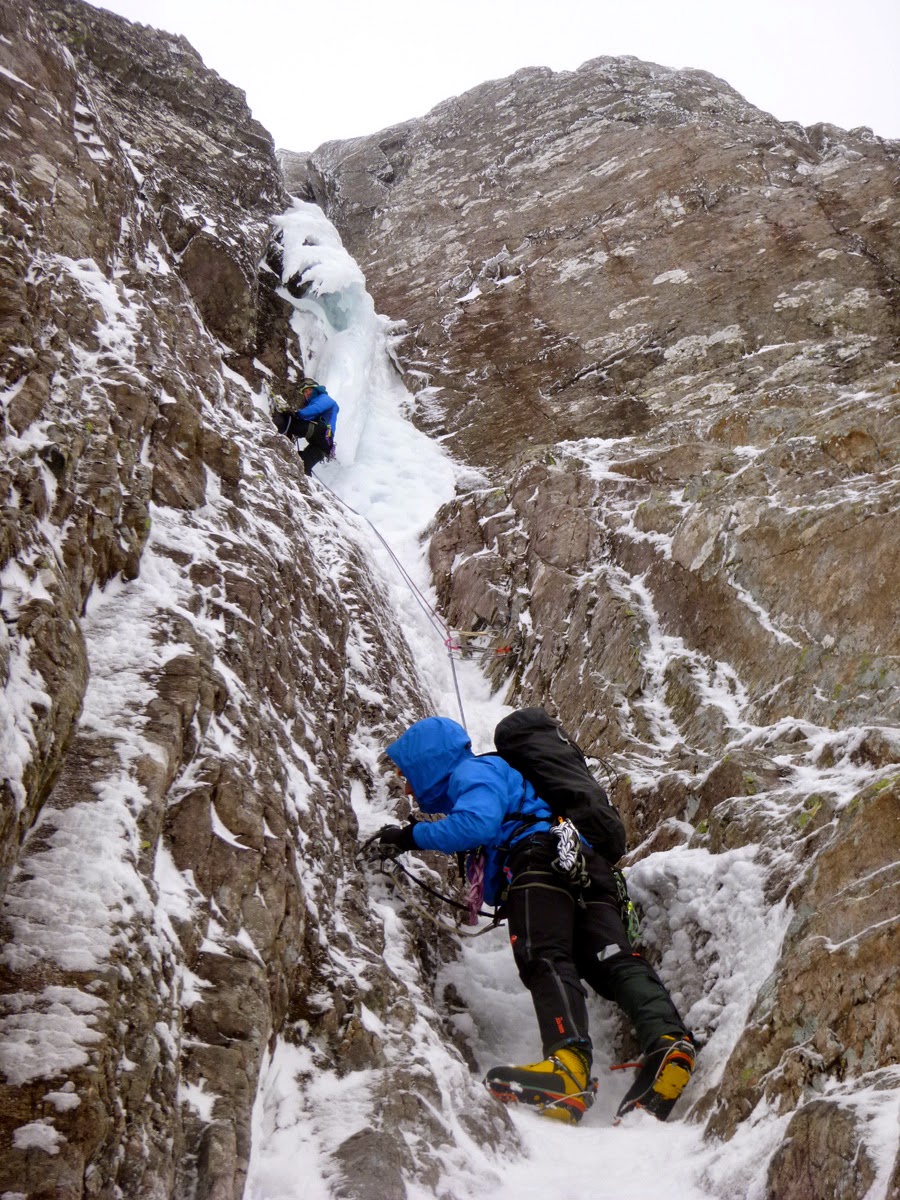 Vanishing Gully was great fun today. There is a thin section in the narrow groove before the cave belay and the crux is steep and fat. After the rain tonight the thin section might have disappeared though. There is a large hanging icicle above the pegs on the left so it is well worth getting into the cave if you can find it. 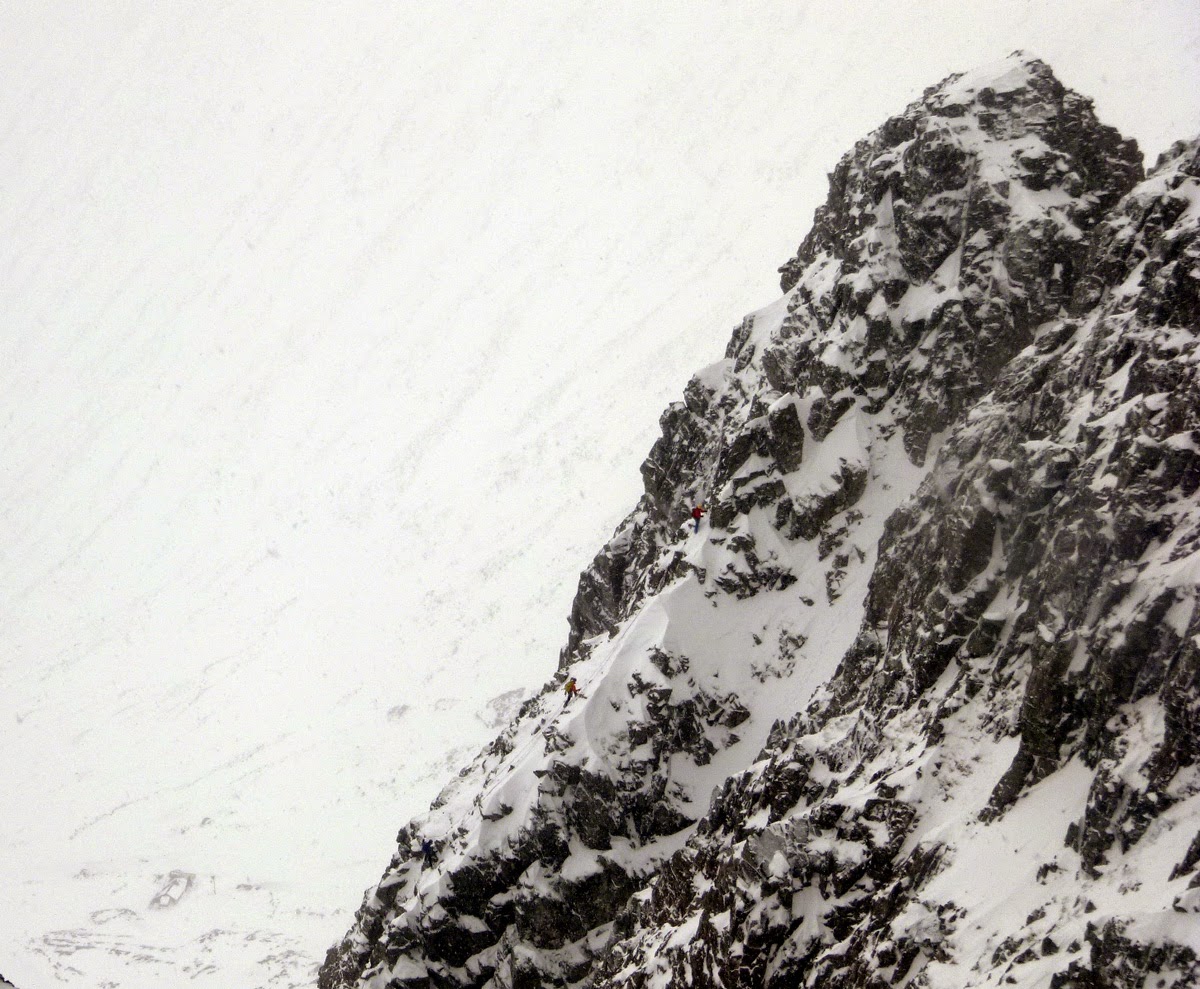 Meanwhile there were lots of people on The Curtain and descending Ledge Route after climbing Harrison's Direct and Boomer's Requiem. We got there when it was free and made a quick ascent in two pitches. We approached as close to the edge of Carn Dearg Buttress as possible to keep clear of any possible avalanche coming down Number Five Gully and we descended quickly and close to the side for the same reason. 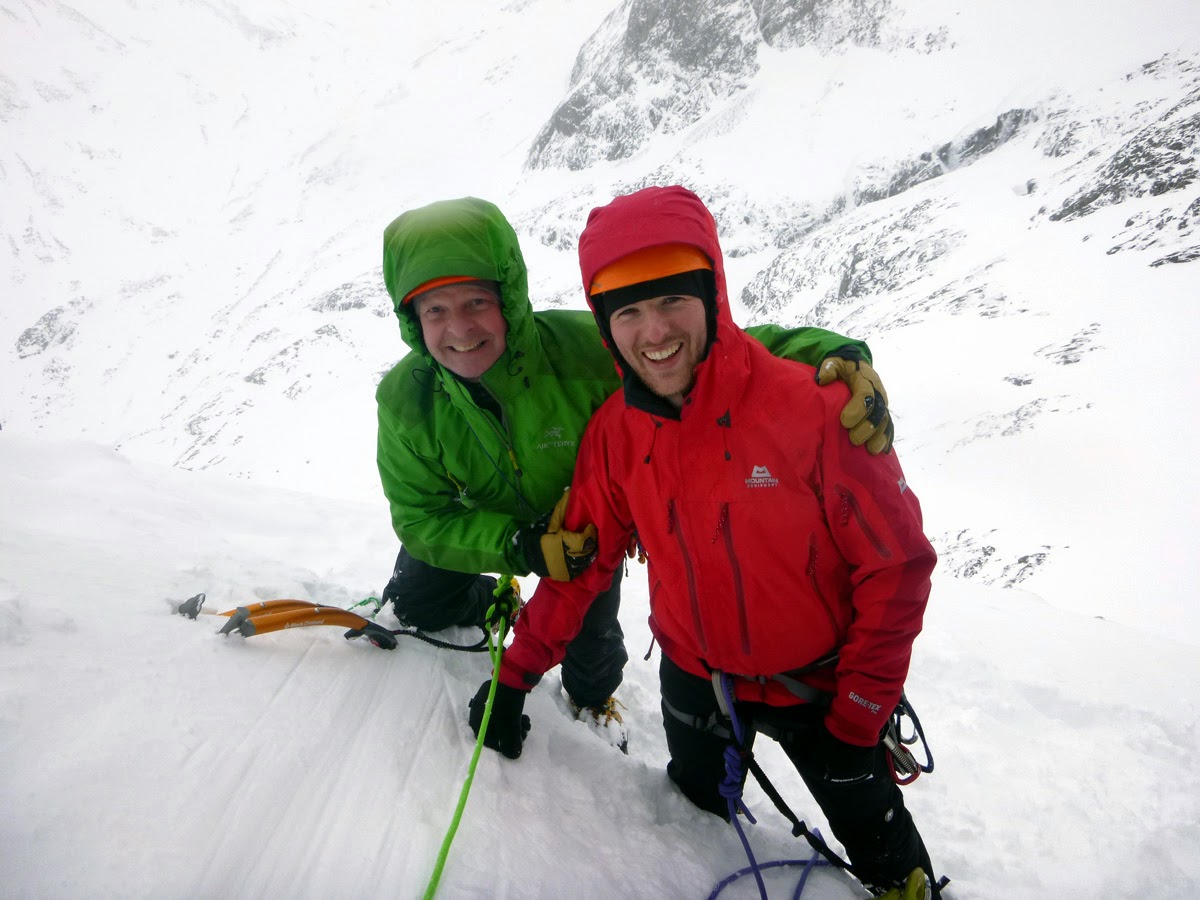 Thankfully we did not see any avalanches during the day but tonight the temperature will rise (as it did during the day too) with rain so there will certainly be some avalanches over night. Tomorrow will be cold again and very windy (again) with more snow showers. The top half of Orion Face looks better and rapid thaw freeze cycles like this will help more ice build on the open faces. 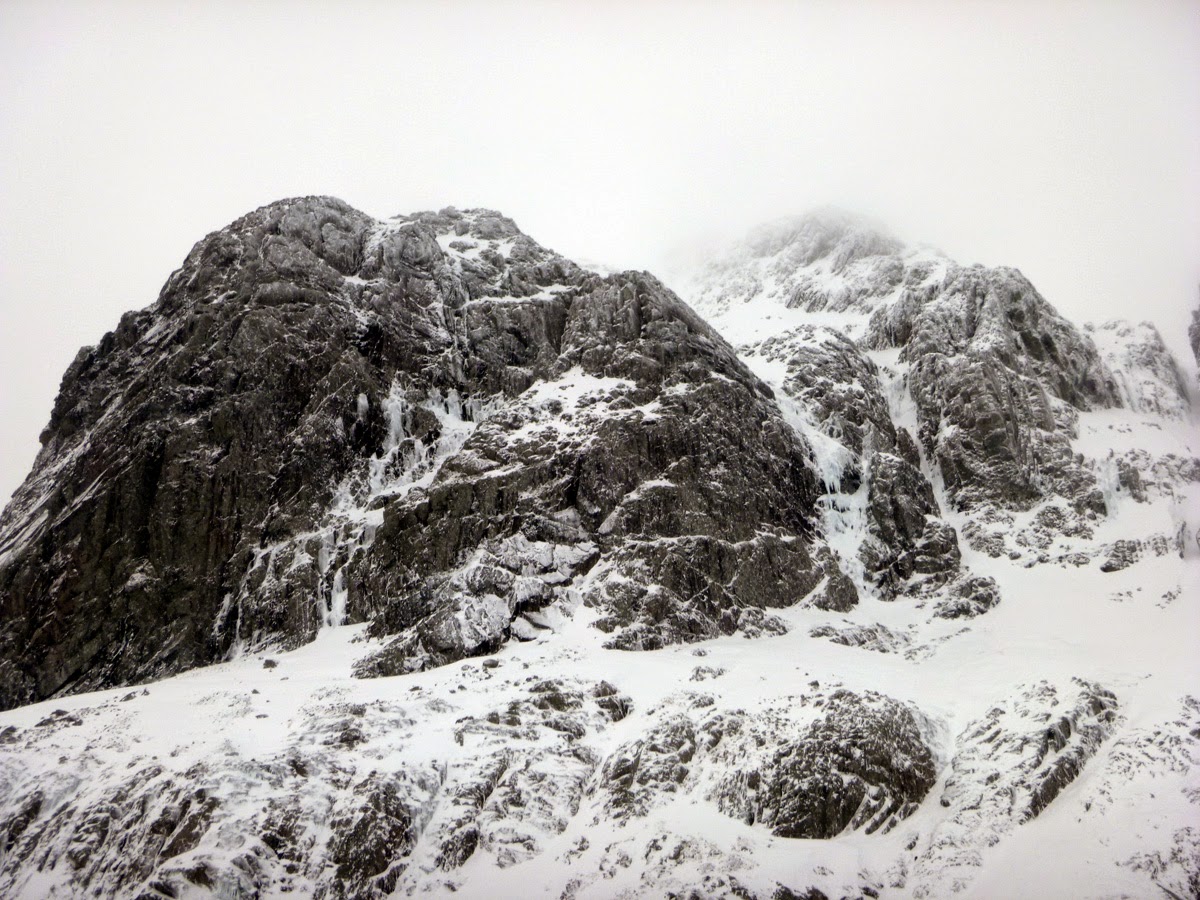