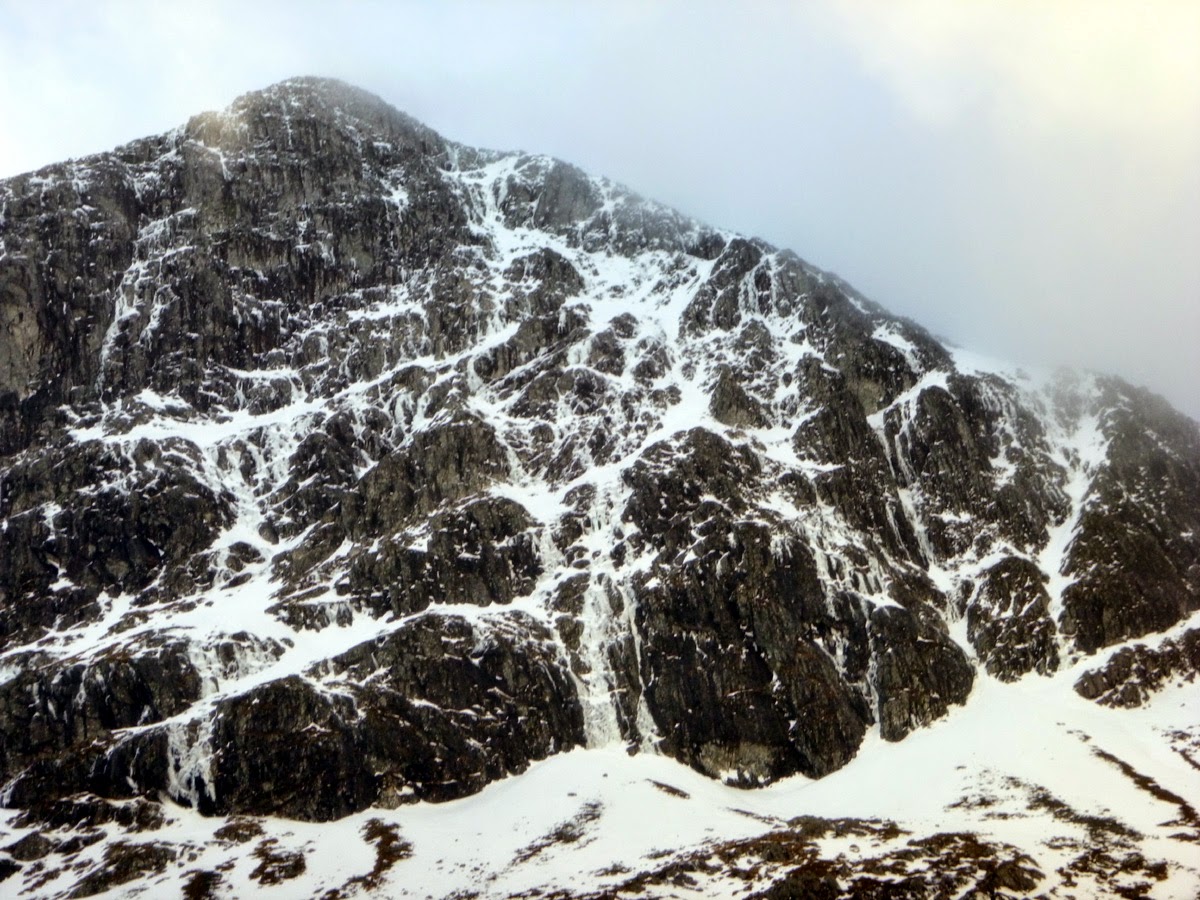 My friend Andrew (crazy Andrew the mad Pole) recommended Nordwand to me many years ago and today at last I got to climb it. The reports from others this winter are all quite right ... it is long, difficult and very nice. At the moment there is plenty of ice on the face and lots of variation is possible on the line you take. I chose the left hand line of icy steps all the way to the top which were all good fun. I thought I would have the climb to myself but John (Spider) McKenzie had had the same thought. So now I can say I've climbed with Spider McKenzie (although we were not roped together we were on the same climb at the same time!). The bottom half was on soft ice which has melted back a bit in the last few days and become slightly detached. The top half was really nice ice. 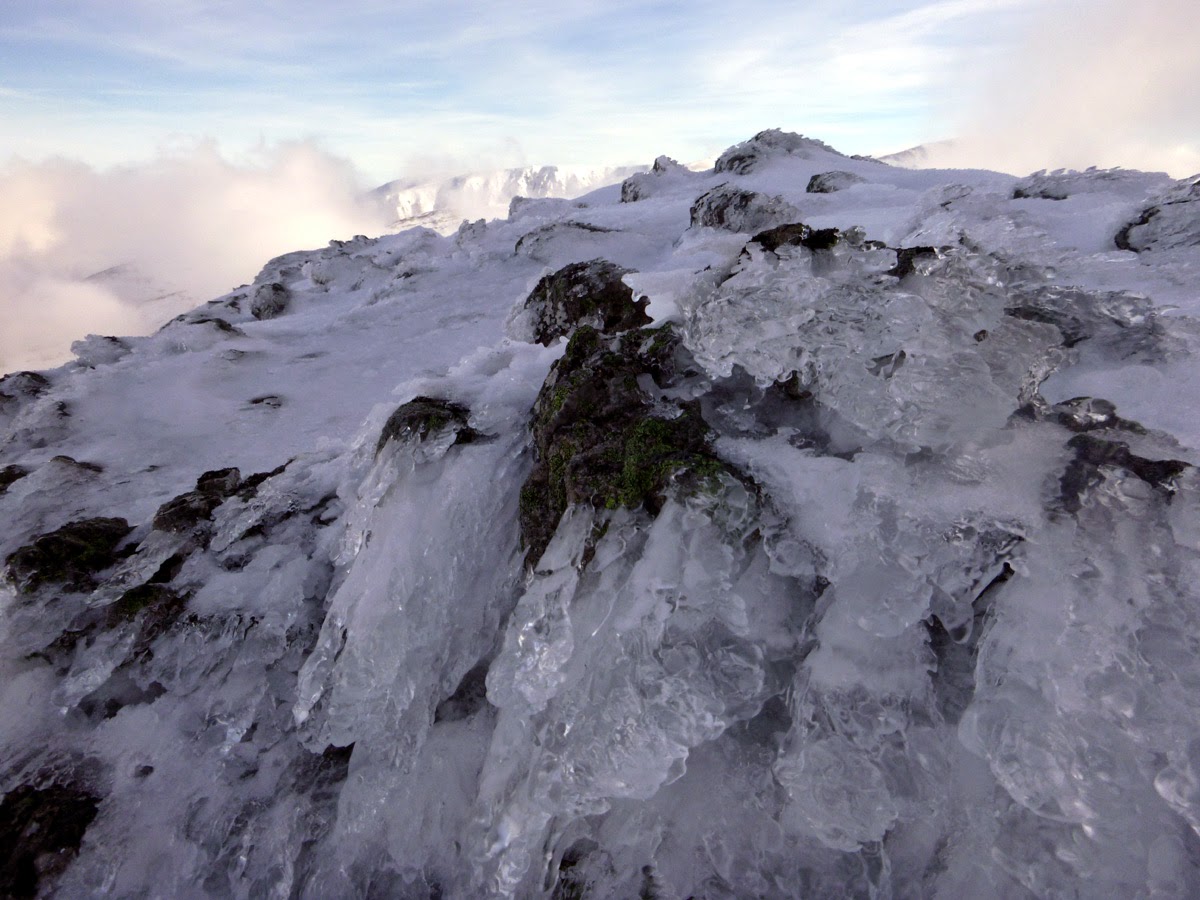 Drizzle was blowing over the summit of Carn Dearg as it has done over the last couple of days producing icy rime on the rocks and surface of the snow. Travel without crampons would be very difficult. Number Four Gully has a cornice with a slot and snow bollard but the cairn is nearly buried in snow. Number Three Gully is easy to climb down but the snow is very hard near the top with the same icy crust. The ice in Coire na Ciste is really very good. Louisa, Ritchie and Andy climbed Thompson's Route and other folk were climbing The White Line and Green Gully. Mega Route X looks mega as well as the other ice routes close to it. However the first pitches of Gemini and The Shield Direct are perhaps a bit too thin for fun climbing now. As usual these days, there were ten people on the two pitches of The Curtain. 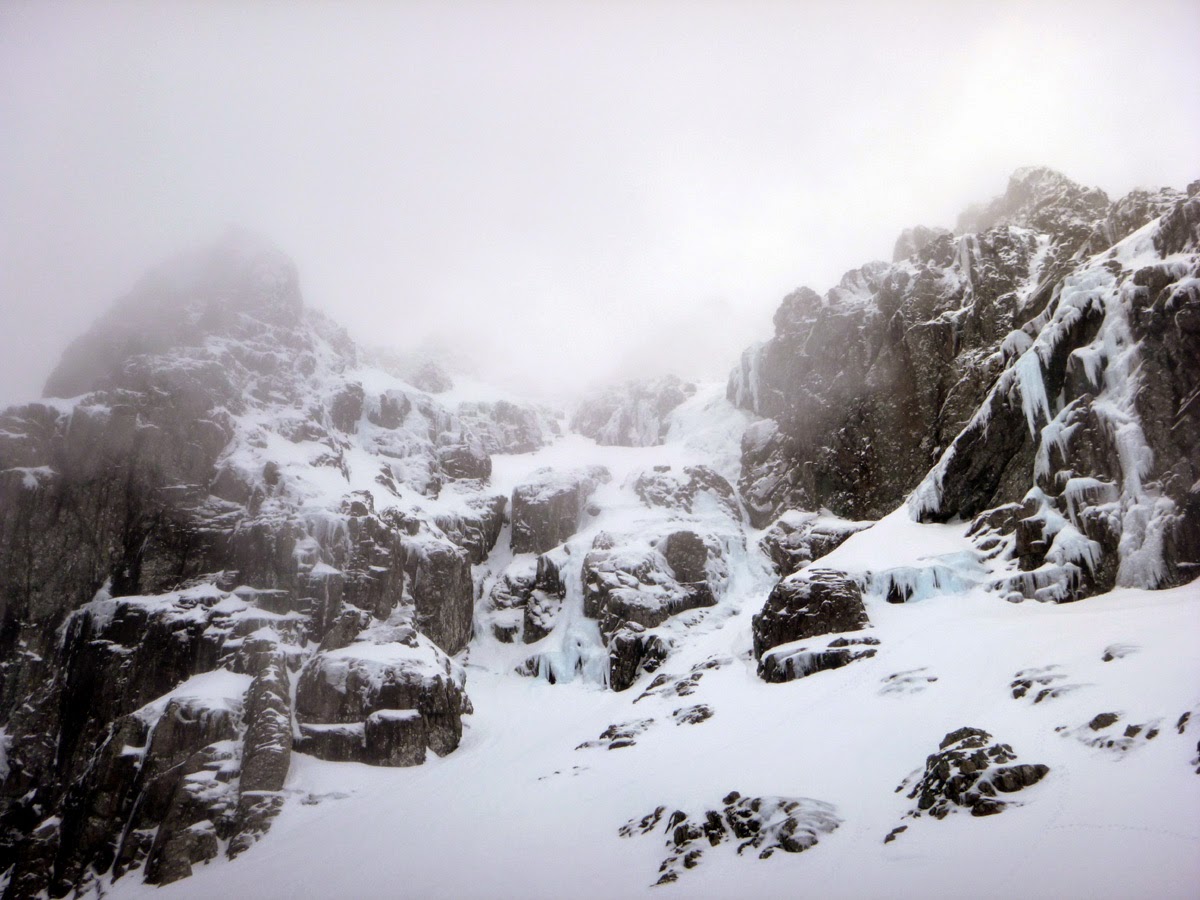