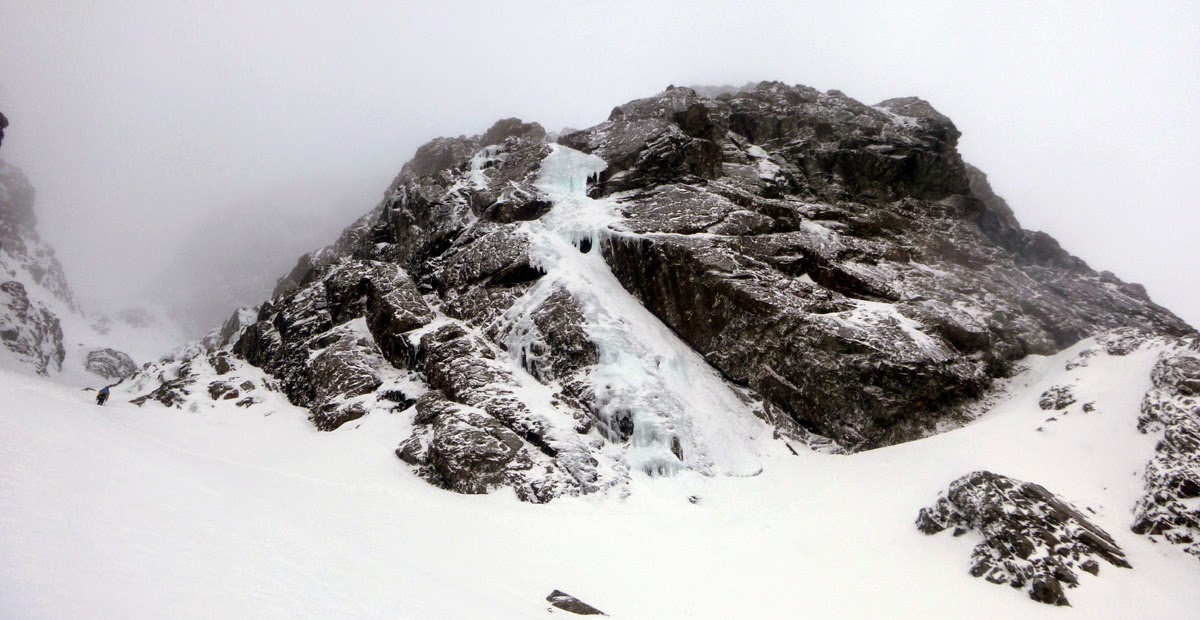 Yesterday's thaw saturated the snow pack at all levels and it had not quite re-frozen properly in Coire na Ciste this morning despite the colder temperature. We did not lose too much ice though and David and I went for the Cold Climbs Classic double of The Curtain and Vanishing Gully. The slab pitch of The Curtain was a bit cruddy but there was enough ice underneath for secure climbing if you found the thickest line of ice. I opted for a belay on ice screws out of the cave so we did not end up soaked by the steady stream of water over the entrance to the ice cave! The second and third pitch were on dry and fantastic ice to the top. 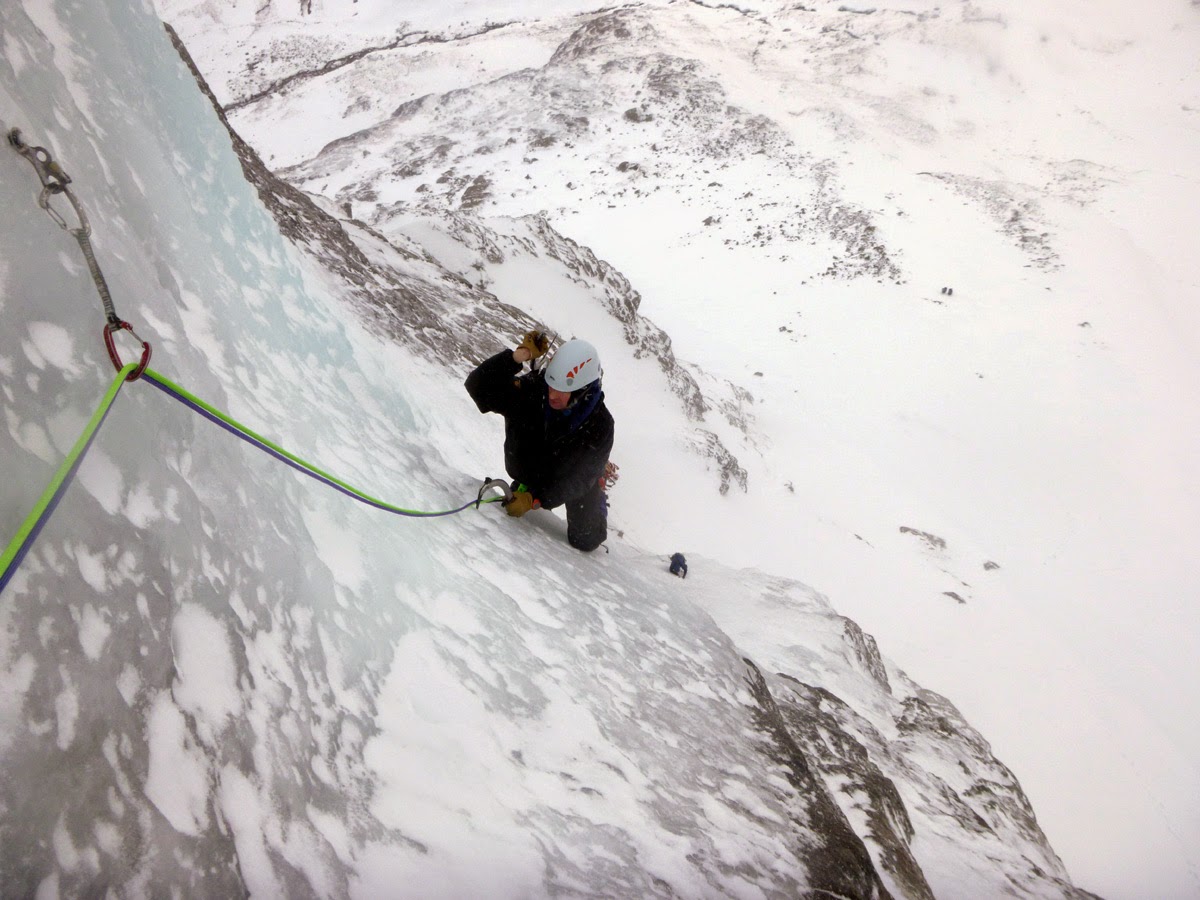 It's a short walk across the coire to Vanishing Gully which was still quite wet in the first pitch. We thought a new grading system might be in order - this was M4 (Mush 4). A dry and comfortable belay in the cave was great though and the steep section was soft but stepped and great fun. 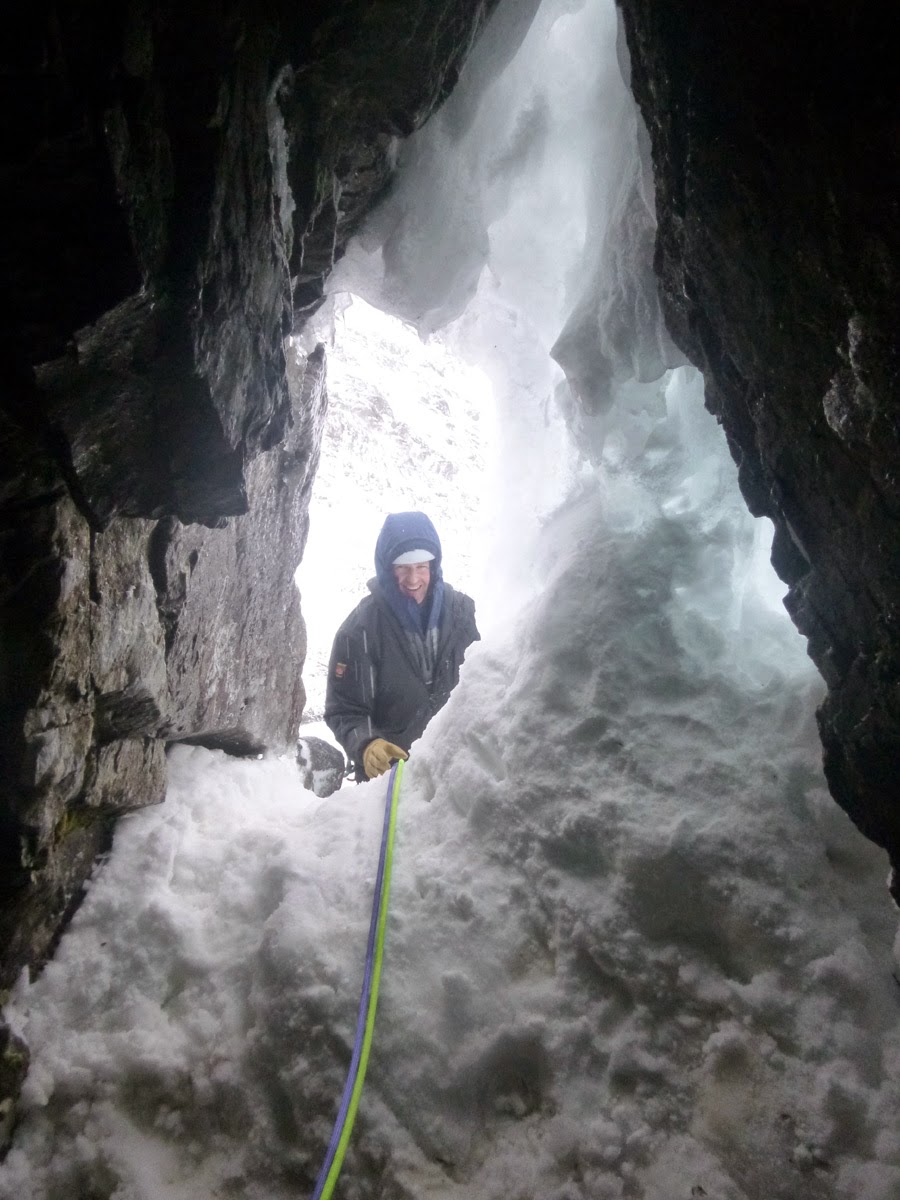 I have always wondered about the grades of these two climbs. The Curtain (IV,5) often feels trickier and more serious than Vanishing Gully (V,5) and today was no exception. Vanishing Gully has two fixed runners in the first pitch and rock protection is possible in the steep second pitch. It is very easy to escape the route by abseil. It is steep but being straight up it is quite simple. The Curtain is just as easy to abseil off but has tricky sideways climbing and is only protected by ice screws. So why is Vanishing Gully V,5 and The Curtain IV,5? Should they both be IV,5? Let me know what you think. 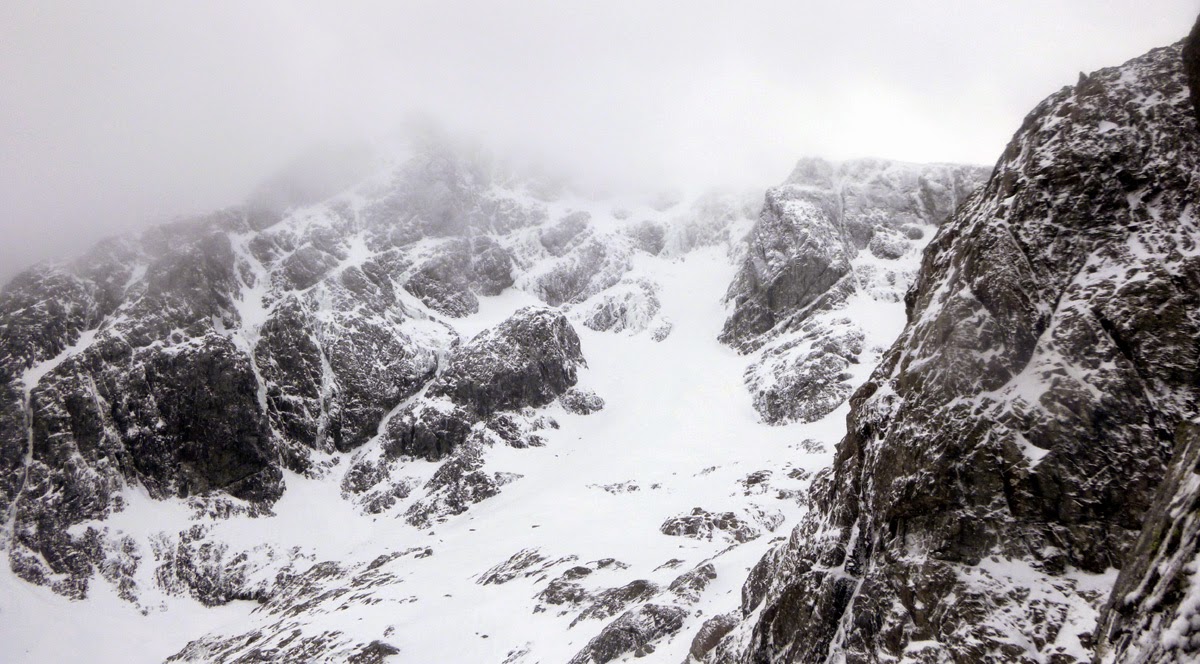