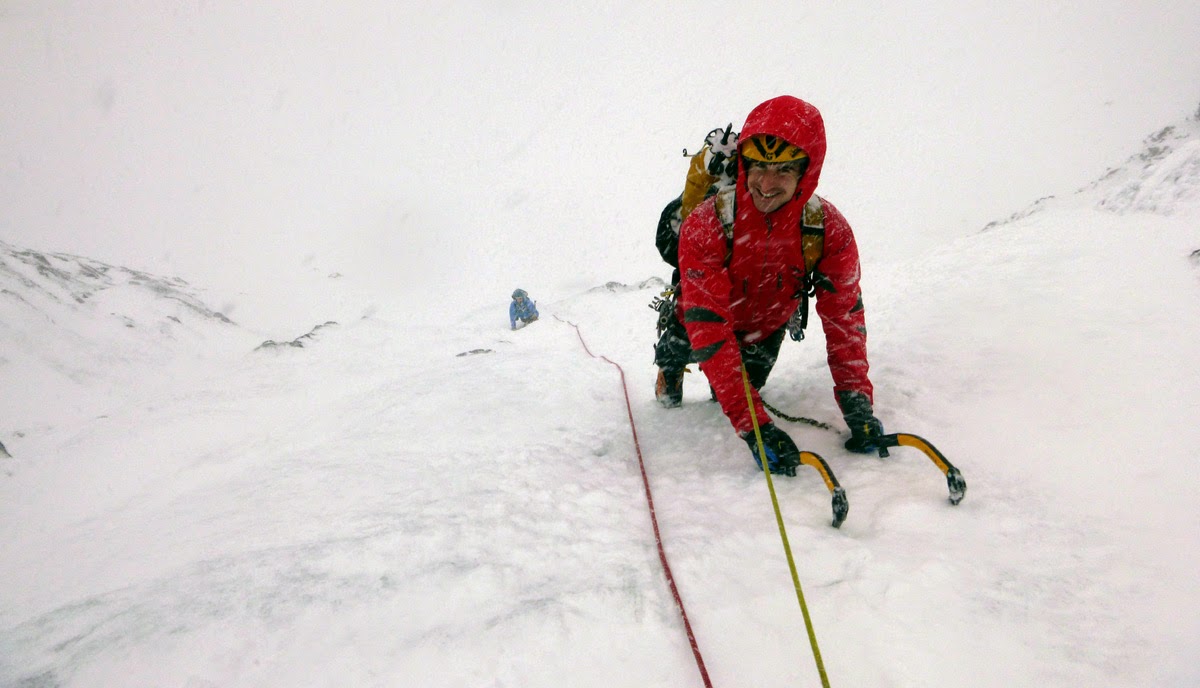 Thaw freeze cycles have continued on the west coast. We had a very good weekend with lots of ice being enjoyed and a few incidents (two falls on grade V ice routes and a cornice collapse in Number Four Gully - take care out there folks!). Yesterday was warm but mostly dry then rain followed by snow last night gave a covering of about 10cm on average down to about 500m. Mick, Tom and I were hoping to get into Point Five Gully but with that much fresh snow and a breeze on the top it was clear that spindrift would be a problem. So we went for something much more open and ended up climbing The Cascade. 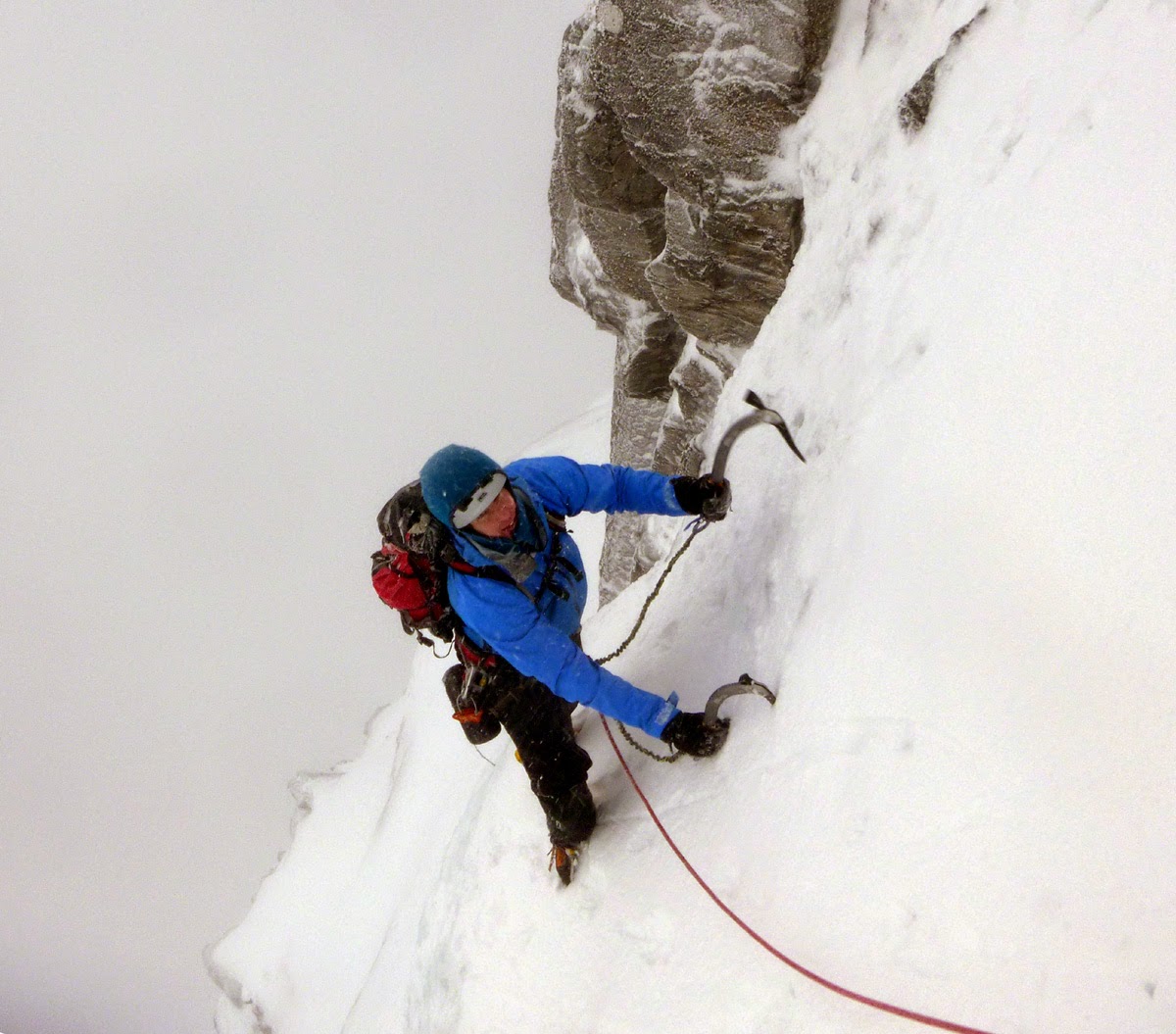 We warmed up first on a few pitches of less steep ice down and left of Raeburn's Easy Route until we were level with The Cascade. The ice is fat (fat, fat) on The Cascade and many variations are possible. We did the long diagonal to stay off the arms as much as possible and get most value out of the pitch. Above this route a rising right trending line gets you to Experts Choice, a fine wee finish onto the plateau with no cornice at all and a very helpful belay block right where you want it. Seven pitches of climbing plus a traverse across to The Cascade made for a very fine day! 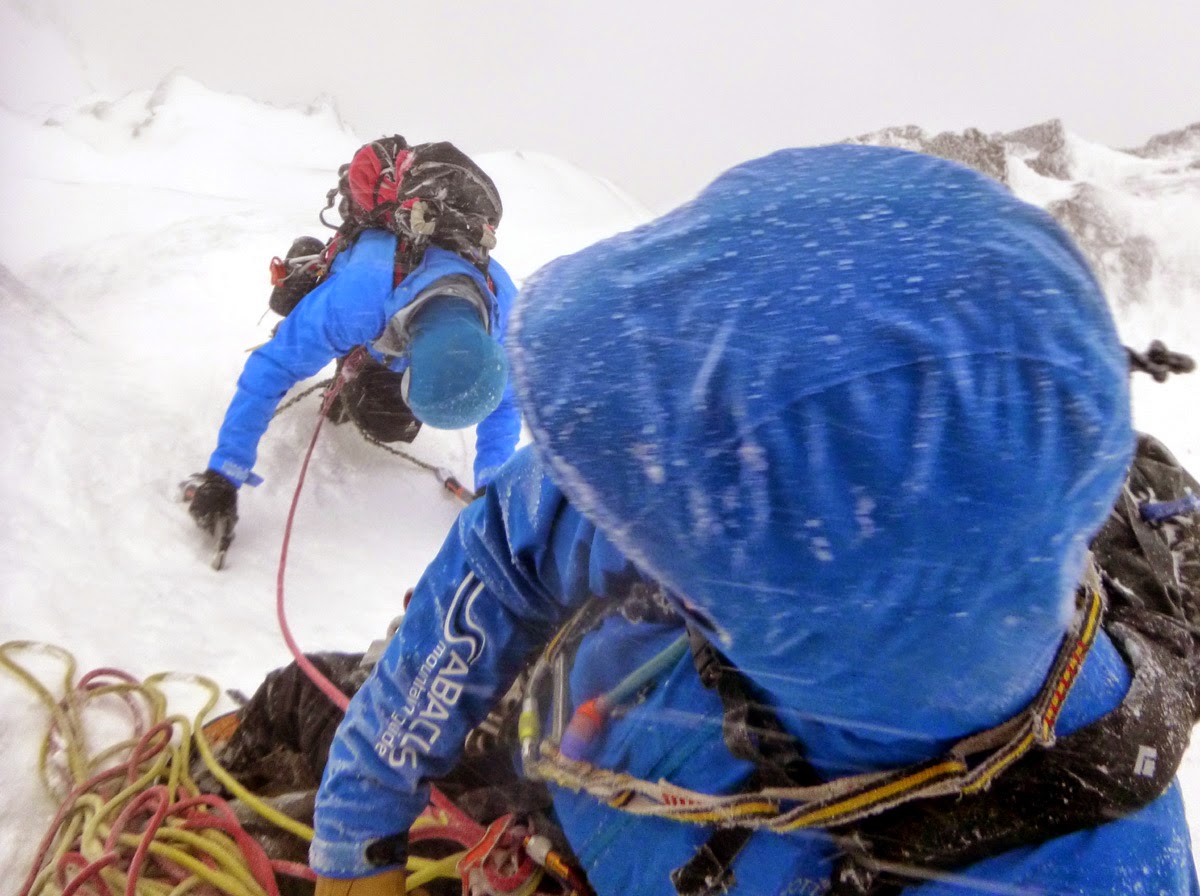 Having read Alan's report of their climb in Green Gully I was glad we fared better with the spindrift. That's two teams I know of who have abseiled Green Gully this year due to spindrift! Nathan and Mark climbed Number Two Gully Buttress and another team climbed Tower Ridge. Big thaw again briefly tomorrow before colder but very windy weather for a few days. Expect more ice high on Ben Nevis next week when the wind calms down and we might even get a colder, calmer spell of weather to enjoy it. 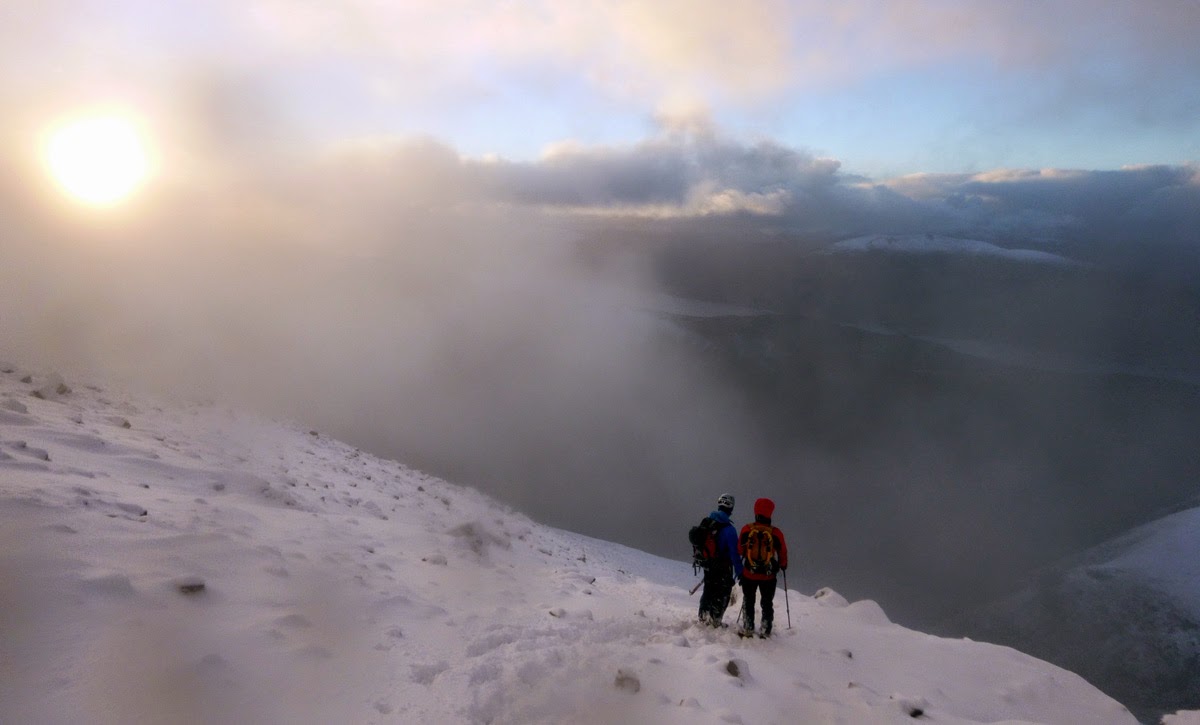