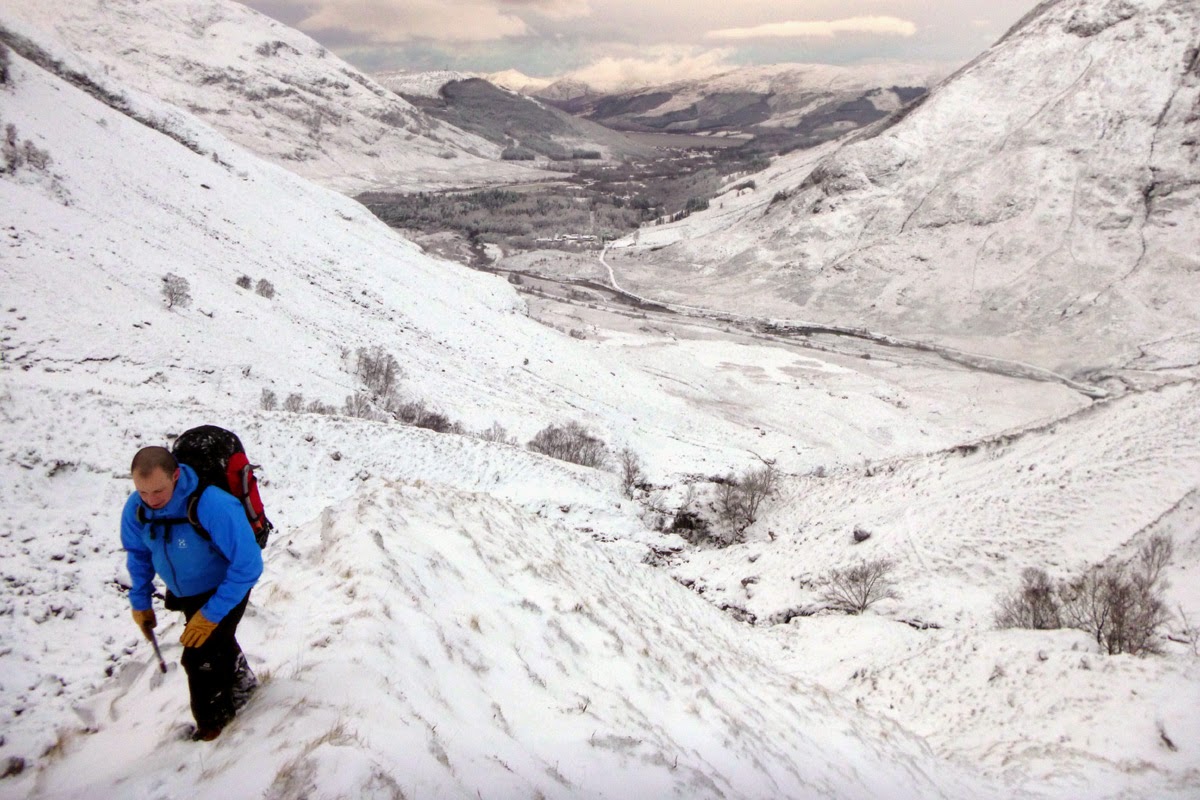 Snow down to sea level last night made the drive round to Glen Coe look even more dramatic than normal. It also made the venue choice more tricky for good climbing; out of the wind but without too much avalanche hazard. Mick, Paul and I went for the West Face of Aonach Dubh and a climb on B Buttress. The approach is short and being on the windy side of the hill there was not too much snow. There was some wind, quite a lot at times, but mostly only in the squalls (of which there were a few). 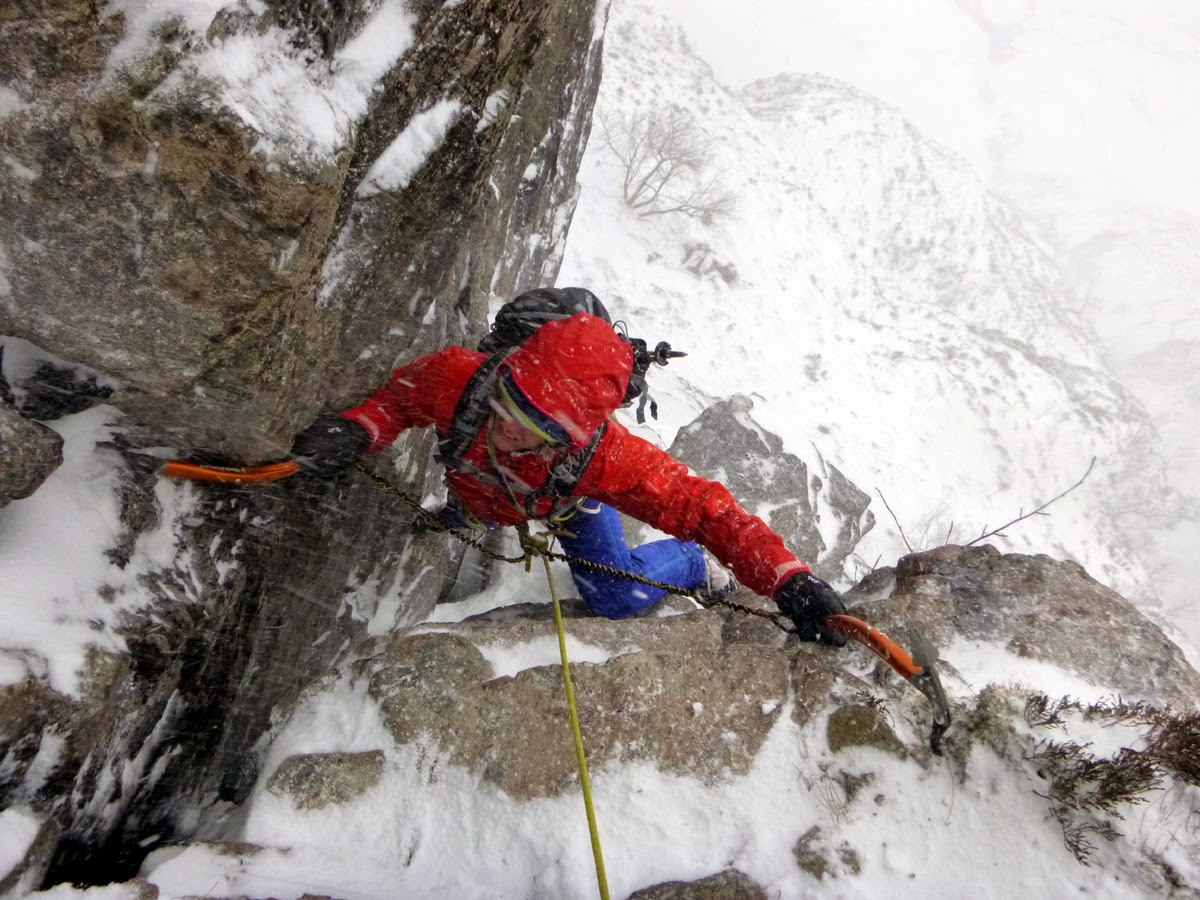 We climbed Pinnacle Face but instead of starting 10m right of the chimney (as described for the winter line) we climbed the chimney itself (as for the summer line) which I climbed with Mike last year. This gave us a great pitch of fun chimneys and steep little walls. although there was one block that seemed to move slightly when I torqued underneath it. Apart from this it was all pretty solid and entertaining. I'm not sure if it was a first winter ascent but it was a wee adventure anyway. 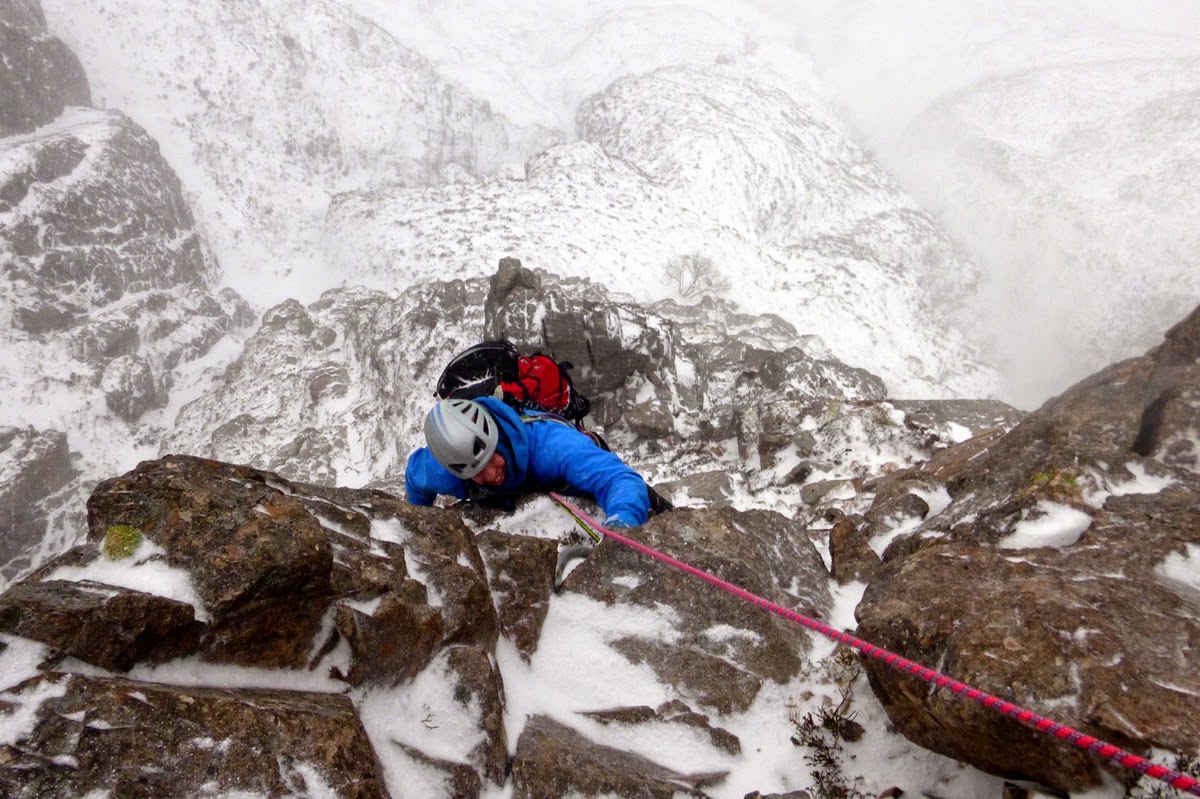 Higher up on the route the steep wall on the right certainly adds a little extra spice. It is steep and positive but feels a bit pushy for a IV even in the friendly conditions we had. The turf was pretty well frozen and the snow dry and easy to clear away but there was no ice or neve. Elsewhere ice is forming fast in the much colder temperatures of the last two days with plenty of snow blowing around. The Screen and The Smear are not yet fat enough to climb but if they keep growing at this rate they will be by the weekend.

Mick, Paul and I went along The Rake to finish up the North Ridge of The Amphitheatre) for a breezy finish followed by a descent of the top bit of Number Two Gully and out onto the slopes under Dinner Time Buttress. A top day in wonderful rock architecture. 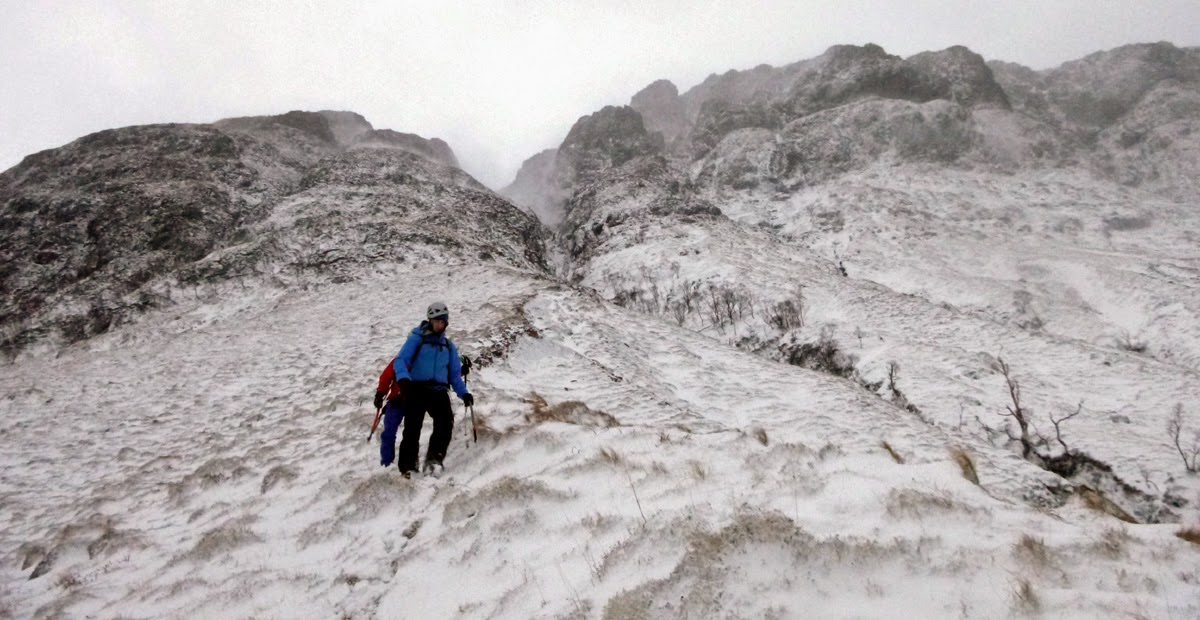