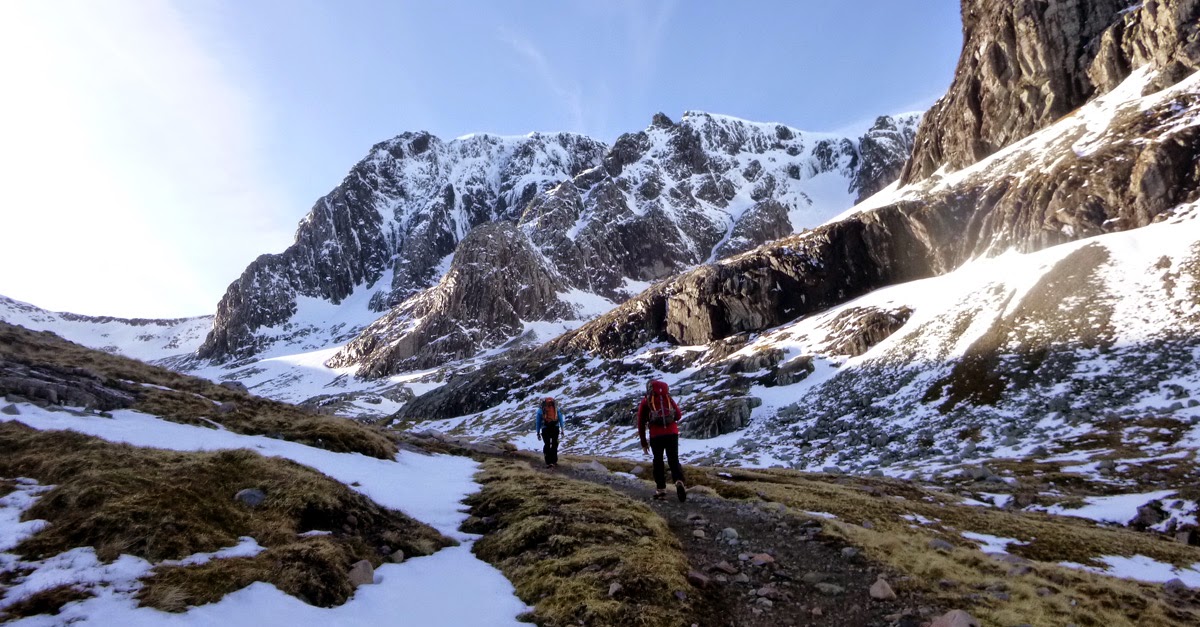 Unexpectedly, today turned out to be a stunning day in the Outdoor Capital of the UK. Yesterday was cloudy and soggy and today was forecast much the same. As it turned out the cloud stayed in the valley and then burned away so the tops were in brilliant sunshine all day long. The snow in the shade was slightly more crispy as a result and there was no wind. It was serene. 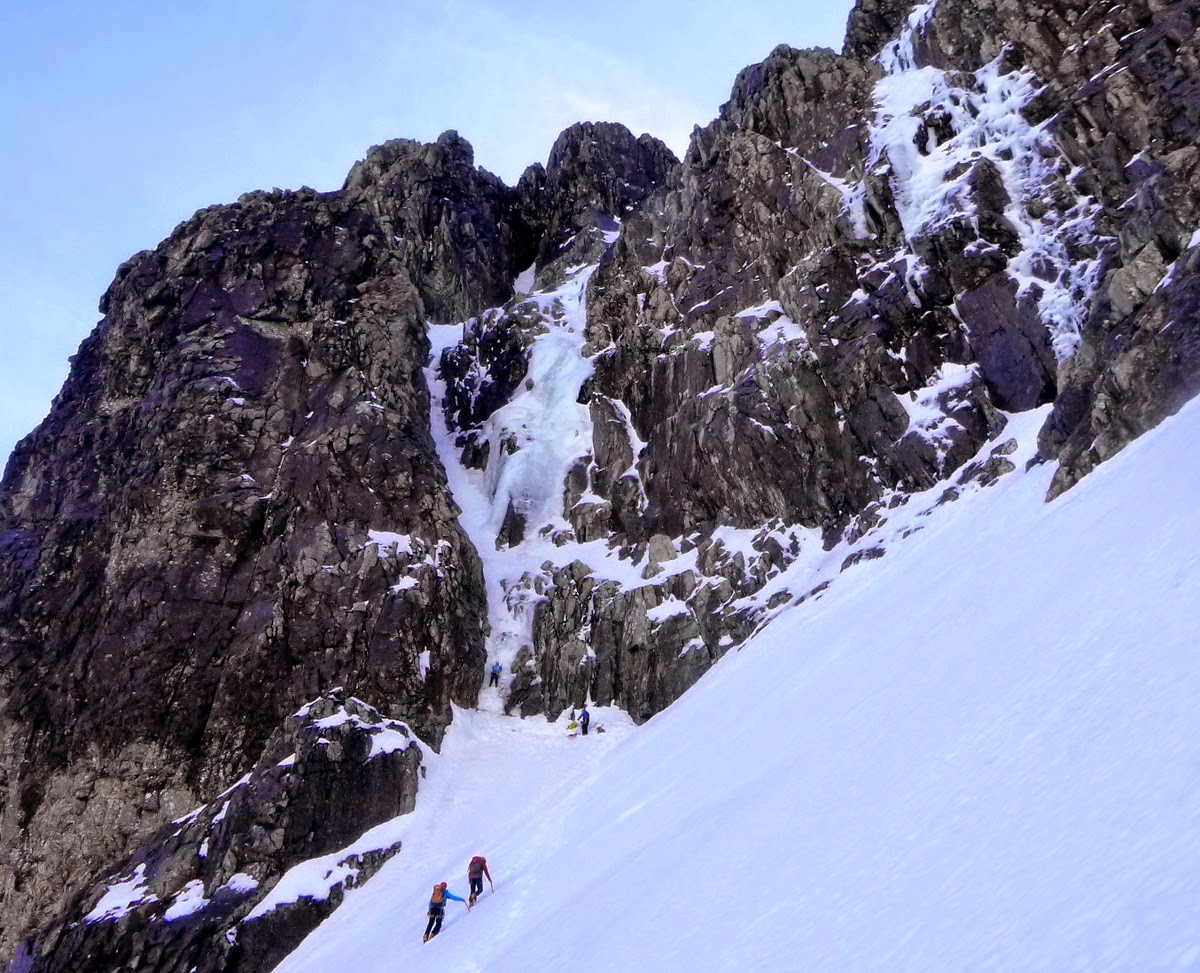 Jo and I wanted to enjoy some ice climbing as well as climb Tower Ridge. The best solution was Italian Climb Right Hand which is still fat with blue ice. Because it was a bit warm the ice was soft and plastic, not at all like the hard, brittle Canadian ice Jo was used to. We went up the usual two first pitches then found several other great fun bits of ice in the pitches up to Tower Ridge. 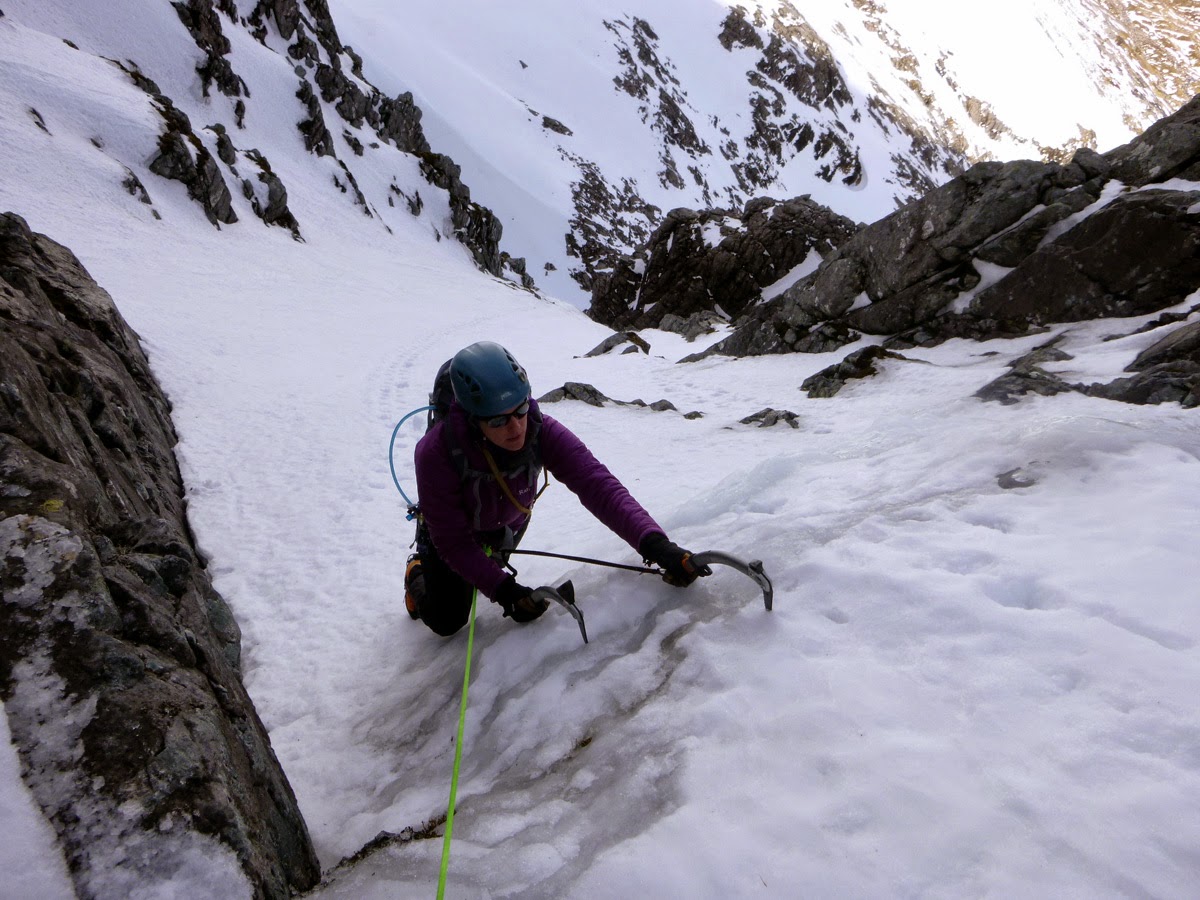 There were very few other people out climbing today. One team climbed Sickle I think, another climbed Smith's Route and Glover's Chimney was climbed as well as the White Line. The ice is not as fat as it was a few days ago but many climbs are still very well formed. The Cascade and upper cascades looks great for example. 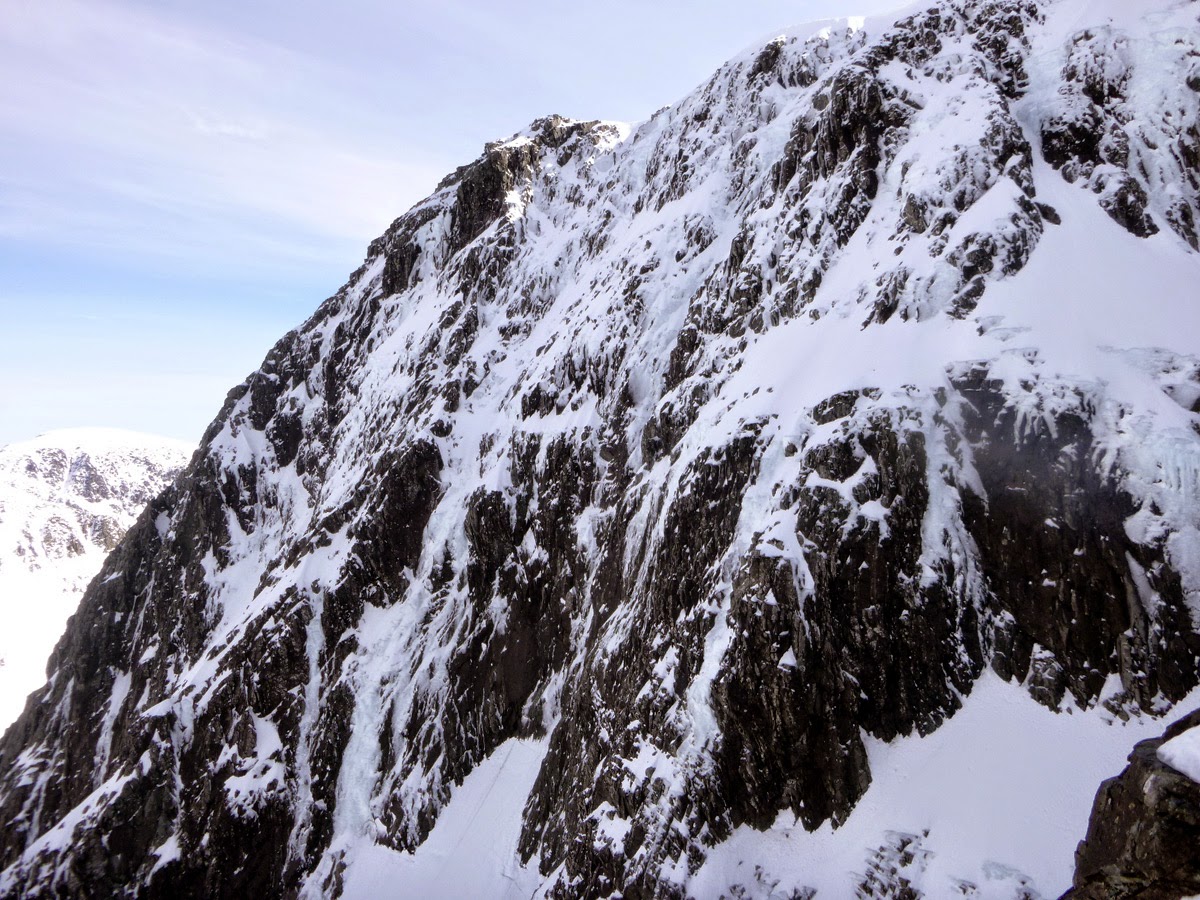 Indicator Wall looks really good but Psychedelic Wall and others on this face are too thin I think. We had a big rock fall down Italian Climb and several pieces of ice. These were naturally released due to the thaw and Spring conditions. Take care with these hazards at this time of year and belay in safe spots, avoid climbing under cornices and anything in the sunshine. 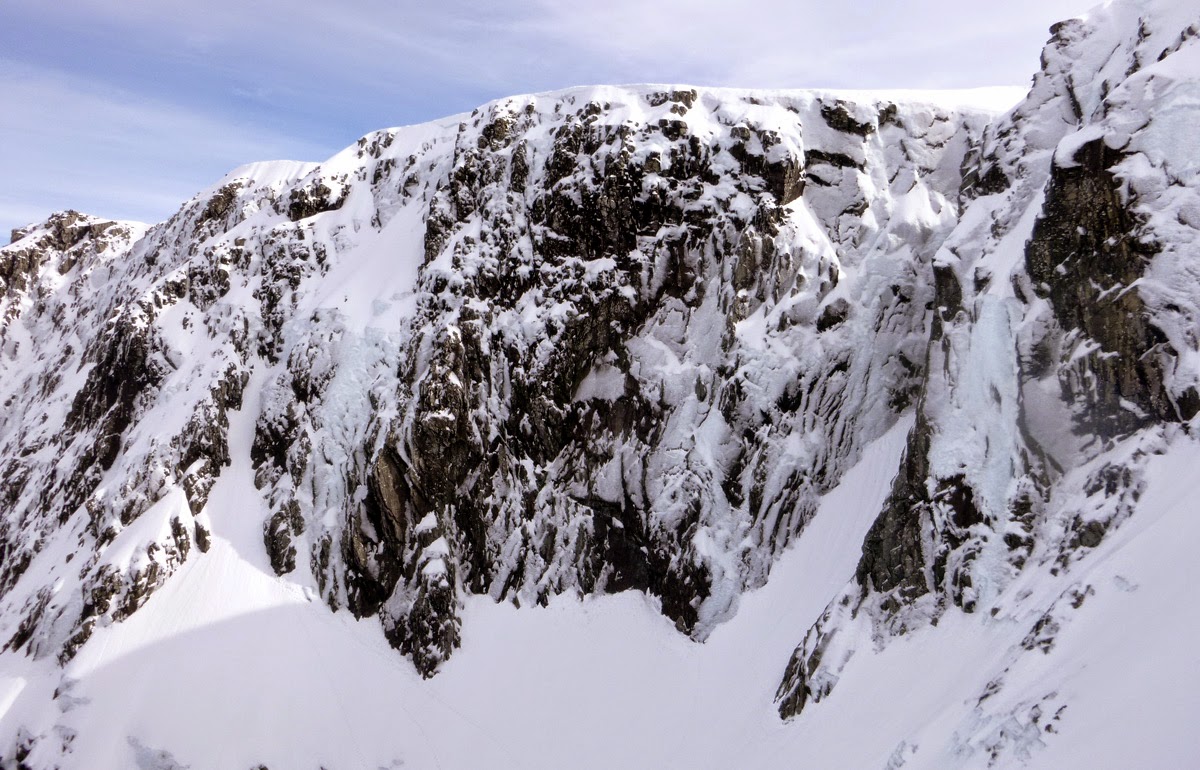 Tower Ridge is in very good Alpine condition. It has plenty of snow cover and lots of ice on it but also dry rock with all the belays and protection exposed. The steps in the snow are crispy but the snow elsewhere is soft. It gets quite a lot of sunshine at this time of year so it really is very nice climbing surrounded by huge ice climbs. Also we could see the Paps of Jura, Rhum, Skye, the Cairngorms, Ben Wyvis and many others. 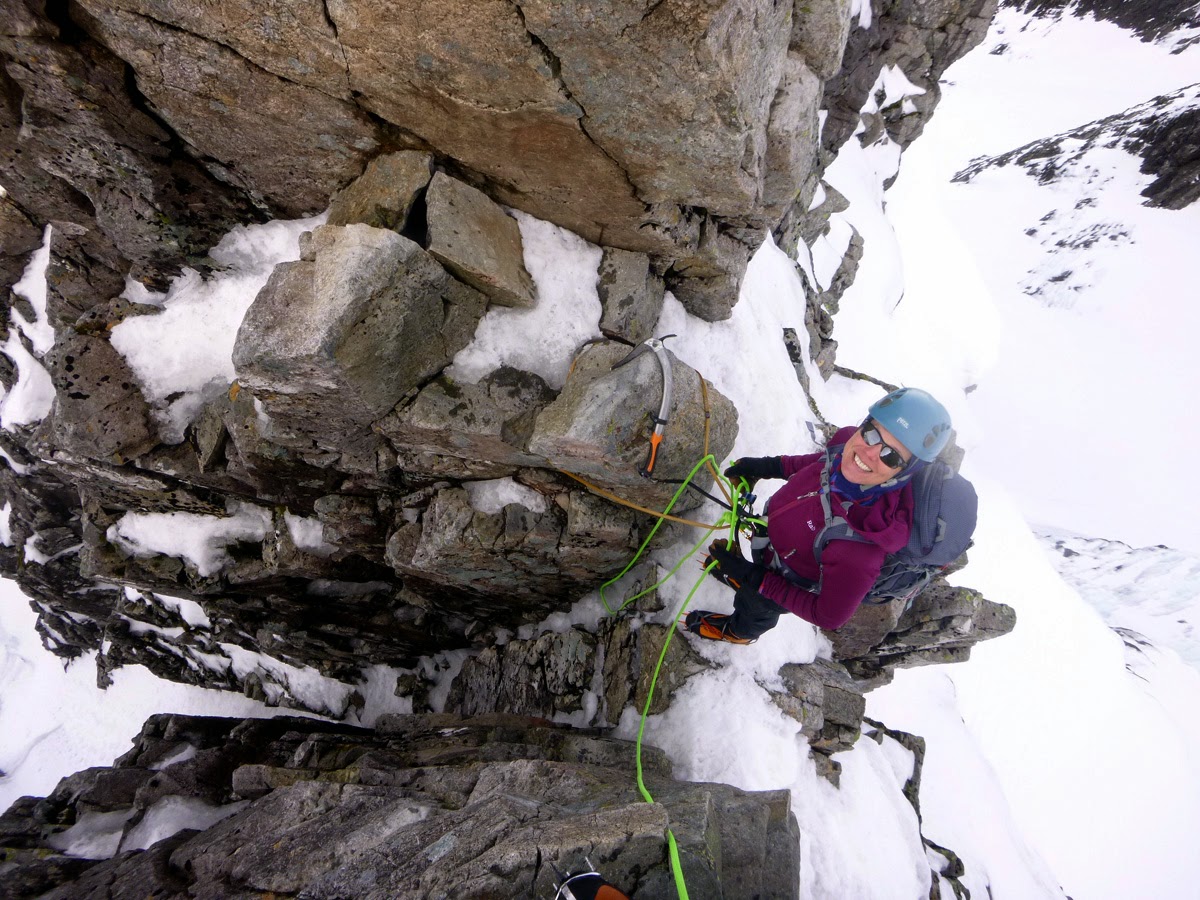 Jo had a smile on her face all day and, I suspect, might be back for some more big Ben Nevis classic ice climbing. 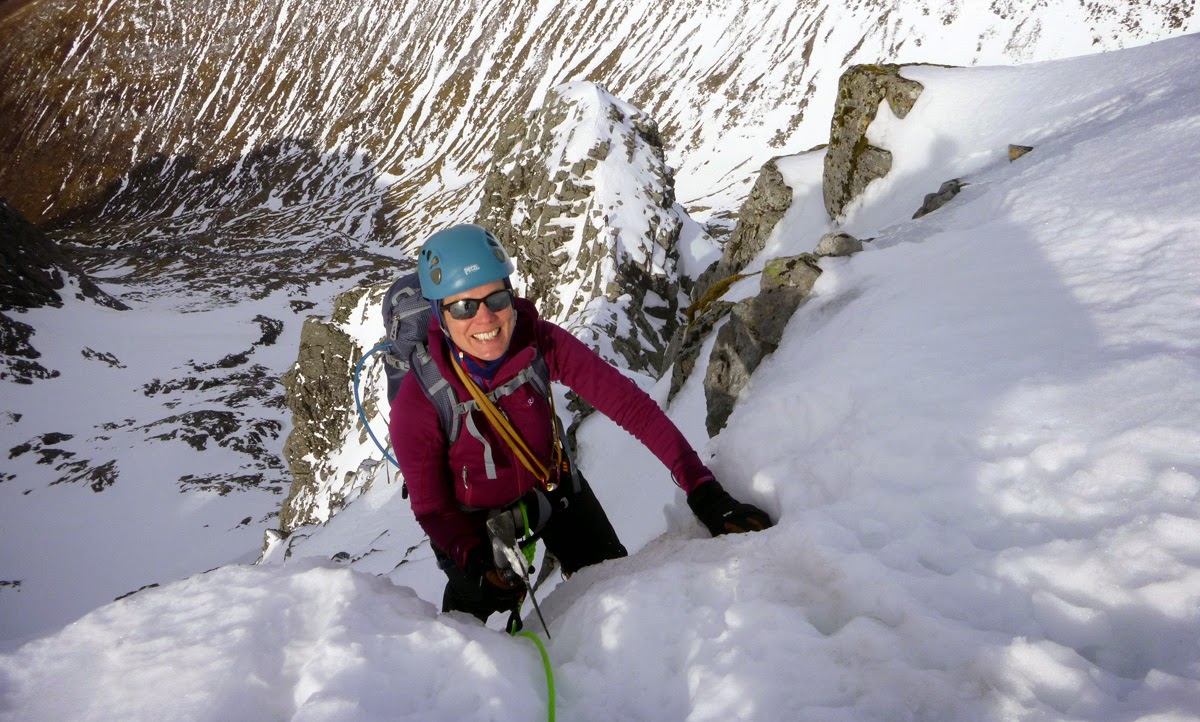