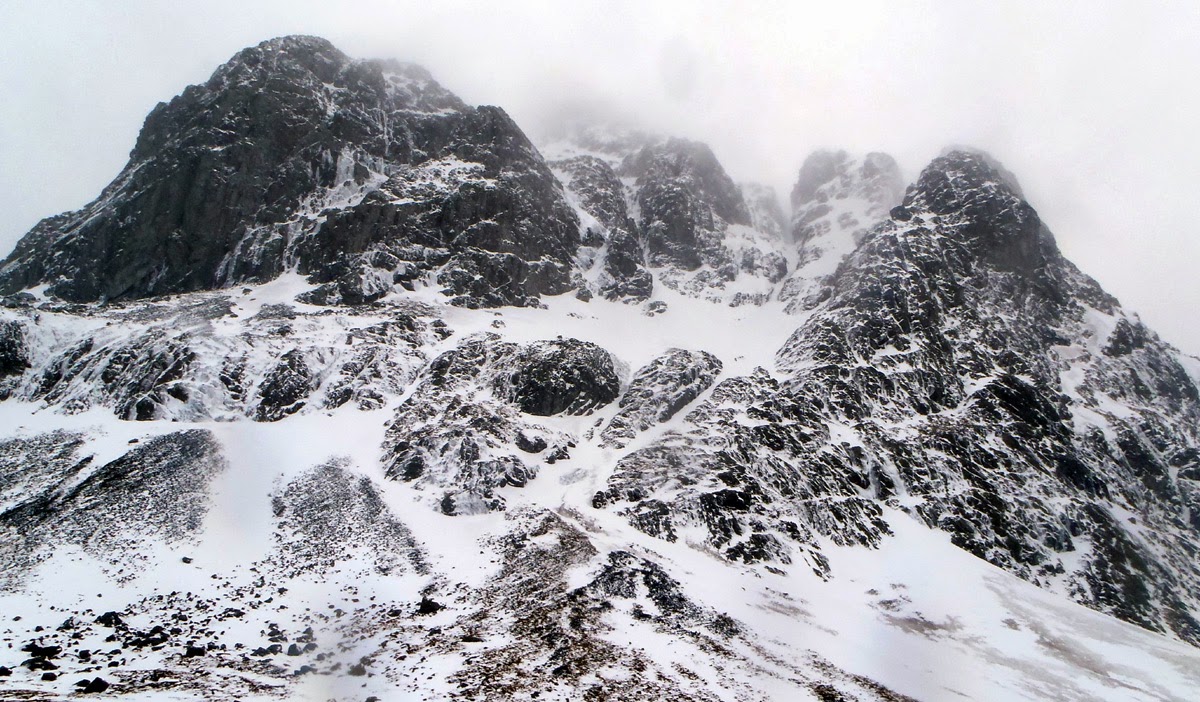 Blue sky this morning gave way to cloud and light drizzle for much of the day. The wind dropped but it was still a soggy that will be consolidating the soft snow quite nicely. Alex, Yasin and I are ticking off the great ridges of Ben Nevis with one climb each year. We have done Ledge Route and Tower Ridge so today it was Castle Ridge. 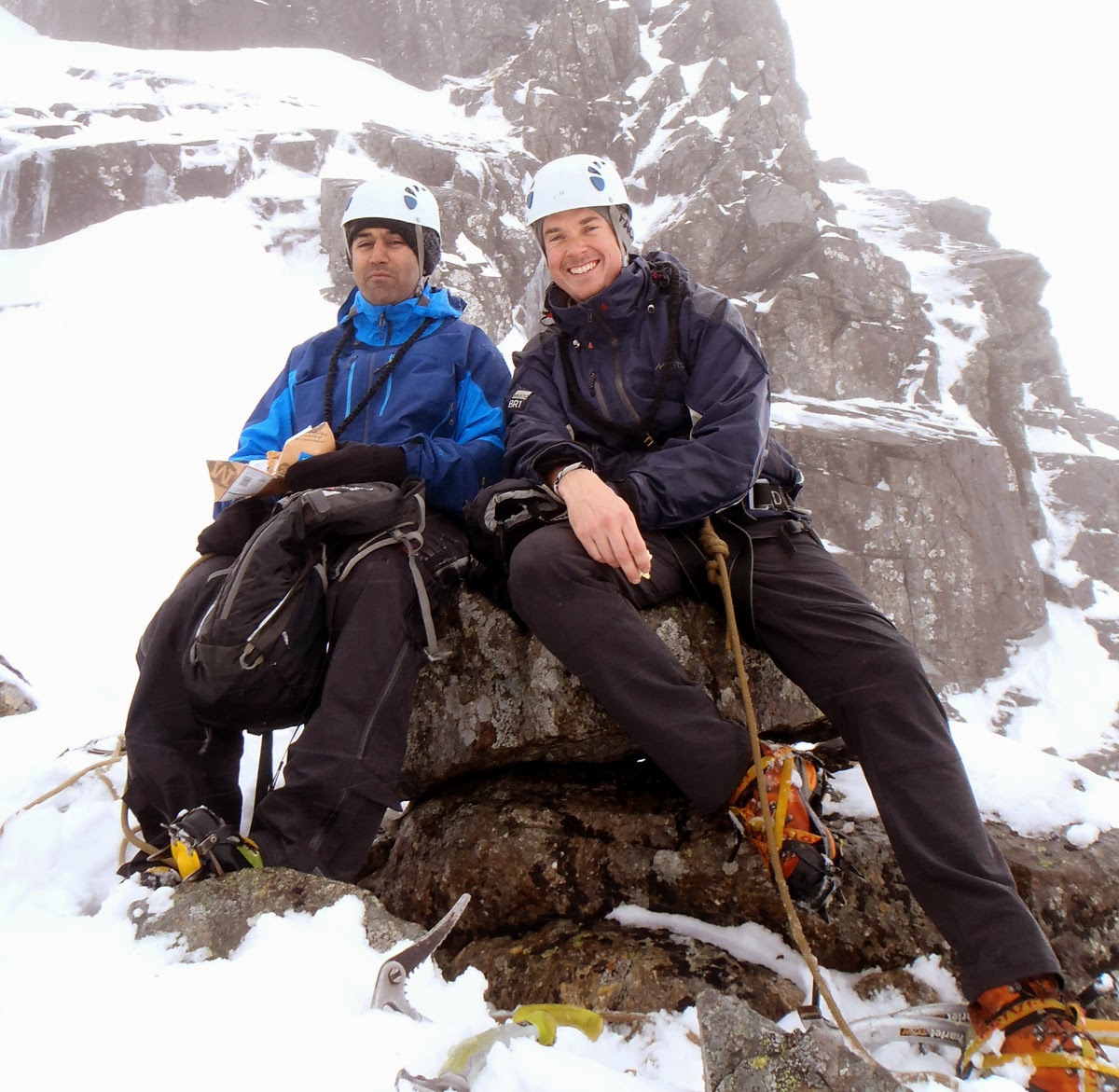 The wind yesterday scoured much of the soft snow from the ridge and indeed much of the Castle Coire seemed to be scoured too. The Castle was back to the old snow as well as what I could see of the slope above The Shroud. So the climbing on Castle Ridge was not buried, there was just enough snow to make it a bit footery. The first crux corner had some snow in it but the main crux chimney was mostly just rock. Good fun climbing though and a good introduction to technical mixed climbing for Yasin and Alex. 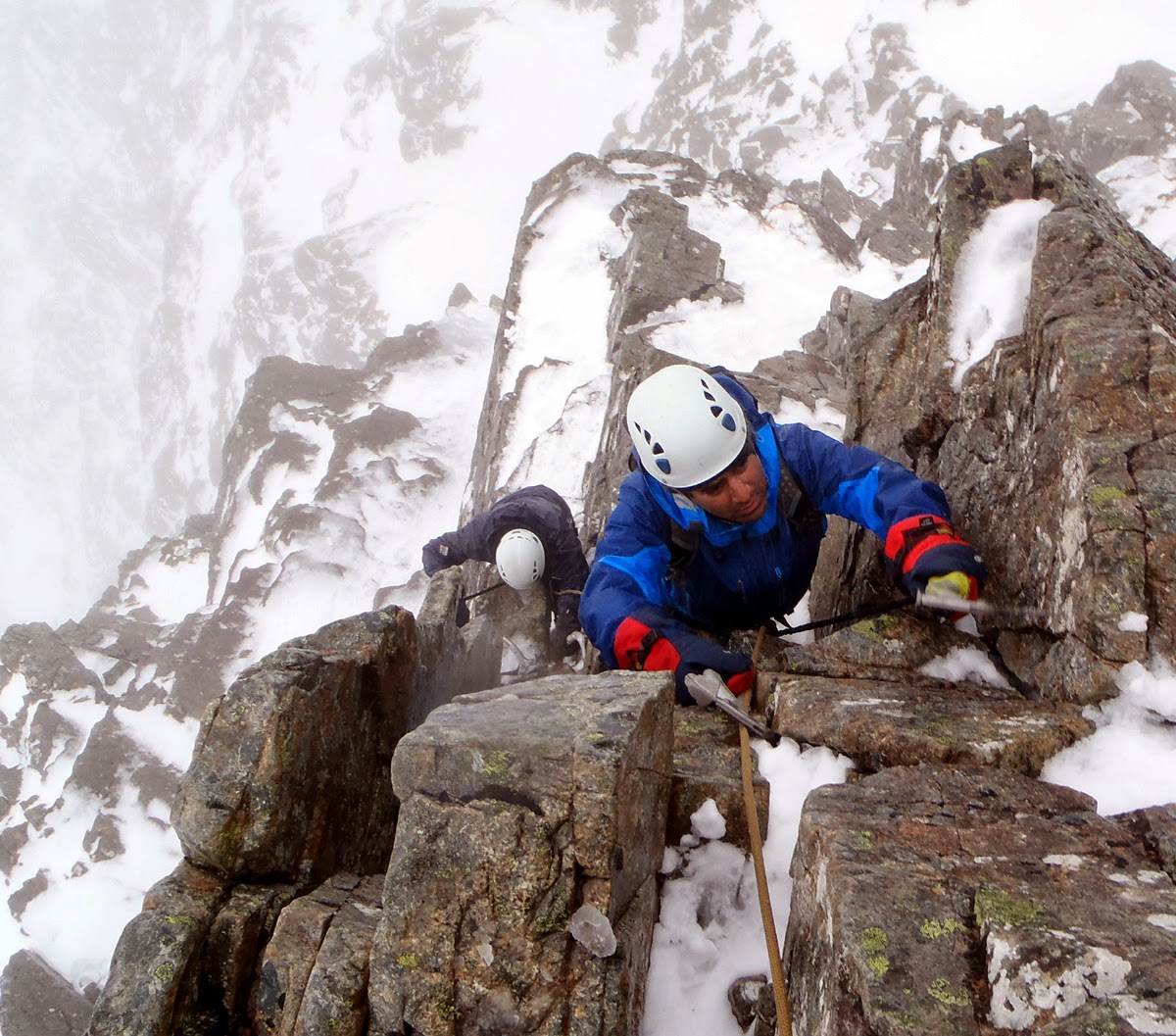 Dave, Ezra and Arlo climbed Douglas Boulder SW Ridge including the steep first pitch. This is much more mixed than it was before the big thaw a week ago giving entertaining climbing all the way up. Looks like sunshine and colder temperatures tomorrow and Thursday. 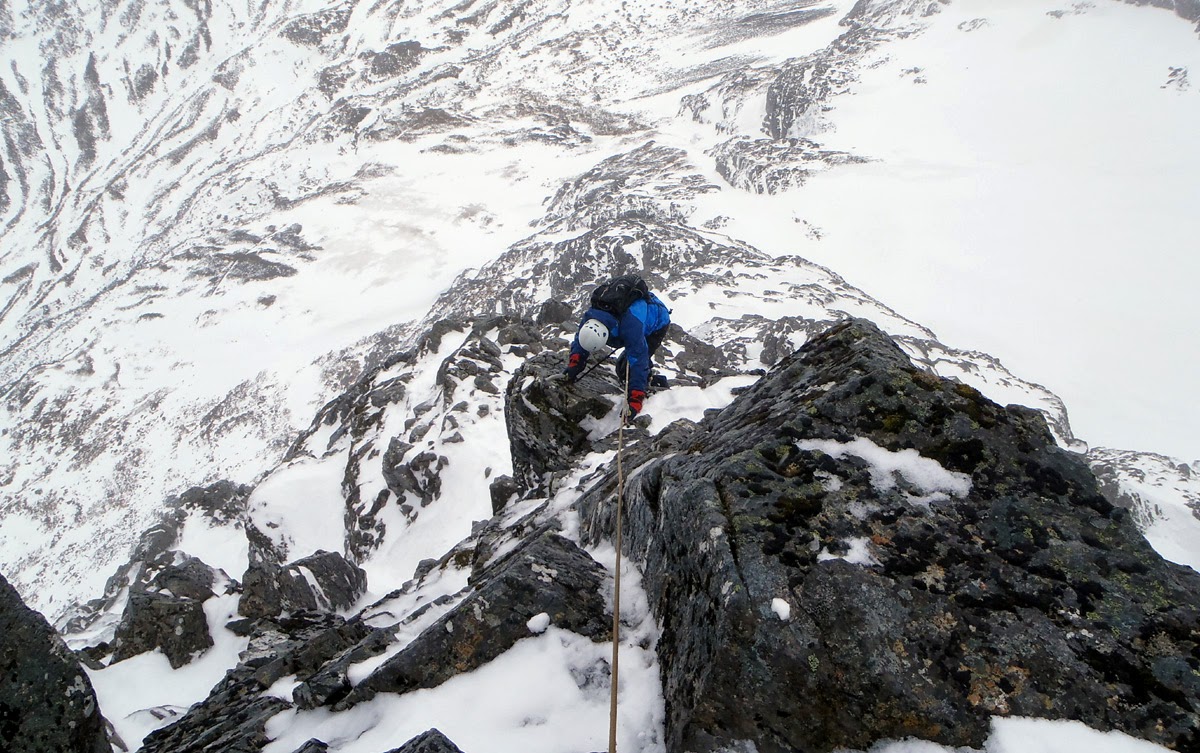