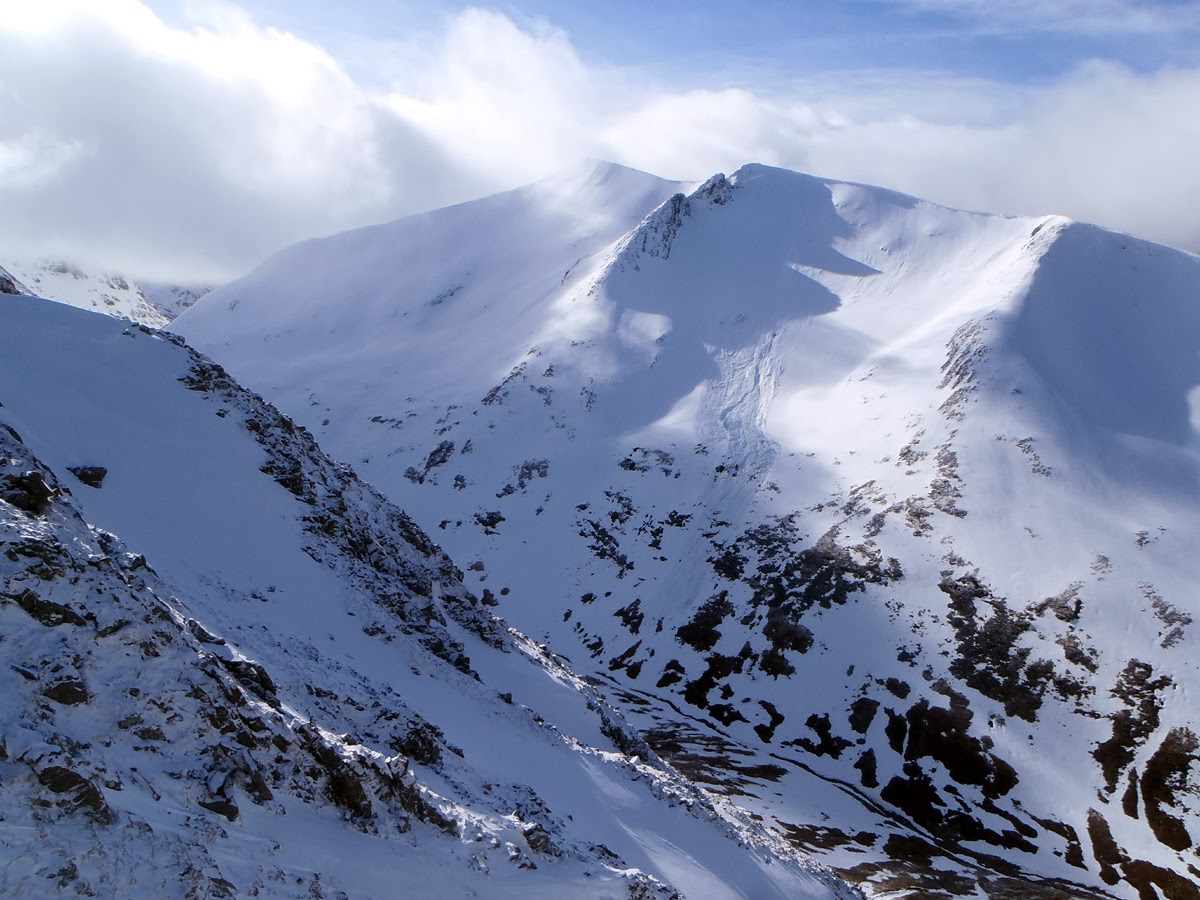 After getting soaked on Wednesday last week there was a substantial thaw for a few days with some very strong winds too. Many very large avalanches went off, triggered often by cornice collapses. The general snow cover is still very good though and, especially on Ben Nevis, there is plenty of ice on the routes. I was working with a team from The One Show on BBC TV today wanting to do a short piece on the development of ice axes and what's possible in the winter hills. We ended up on the West Face of Aonach Mor which looked magnificent even if it was not technical climbing. A team climbed Golden Oldie today in the sunshine and there were folk out on Ben Nevis climbing Mercury, Number Three Gully Buttress and the great ridges. It's a little too warm to be perfect but it's a lot better than what we've had so far this winter! 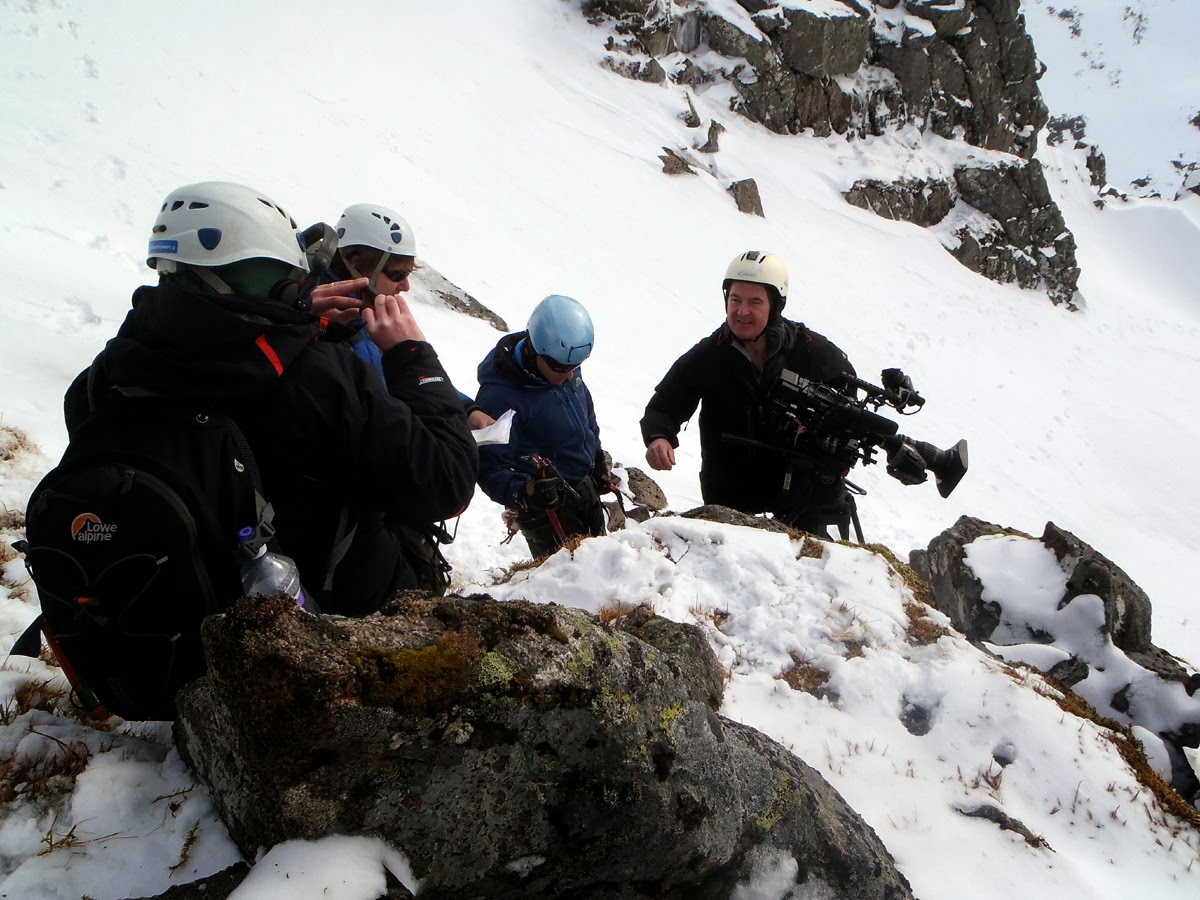