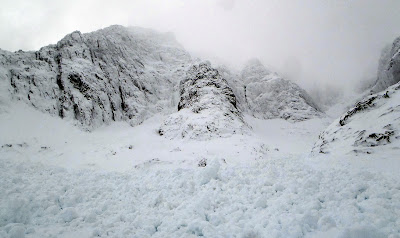 My pictures today are a bit misty from the condensation inside my camera left over from yesterday. This is a shame because it was a very nice dry, calm day; a wonderful respite from the wind and rain/snow. December was the wettest ever recorded in Scotland apparently. As mentioned previously, there is a lot of snow on Ben Nevis and some of it avalanched quite dramatically last night. 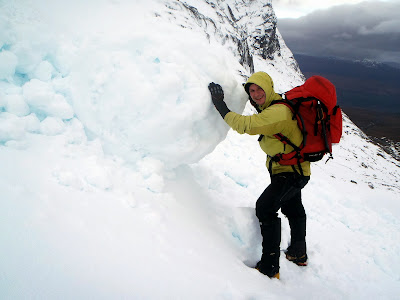 Huge trails of debris were left under Observatory Gully and Number Five Gully this morning. Thankfully in the cooler conditions by daybreak the snow was more stable by the time Andreas and I went round to climb Tower Ridge. As we got higher we could see the very impressive crown wall from the avalanche in Observatory Gully. It started in Tower Gully and went under Gardyloo Buttress, Observatory Buttress and all the way down the gully. The slopes under Point Five Gully and Orion Face did not release though. 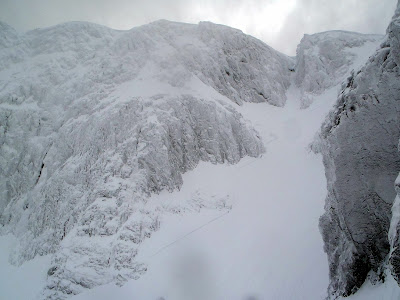 Right from the start Tower Ridge is buried in snow. I was so glad there was a team in front that made great progress breaking a deep trail on the best route. There were a couple of other teams in Coire na Ciste but I did not see where they went to climb. The crags are well rimed up though and the cracks are choked with ice. 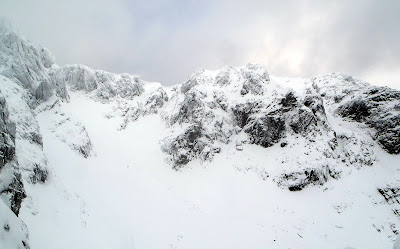 The snow from the Great Tower to the top has not thawed out much at all. There is little ice in it and it was just a bit crusty, not very useful at all. However the ice in Point Five Gully, Hadrians Wall and Smiths Route had a blue tinge to it so there is hope that it is turning into good quality ice. If this snow ever settles down we might get to climb it some time. More storms for a couple of days to come though. 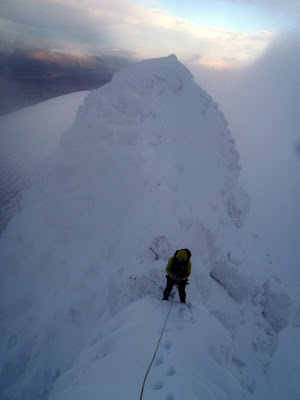