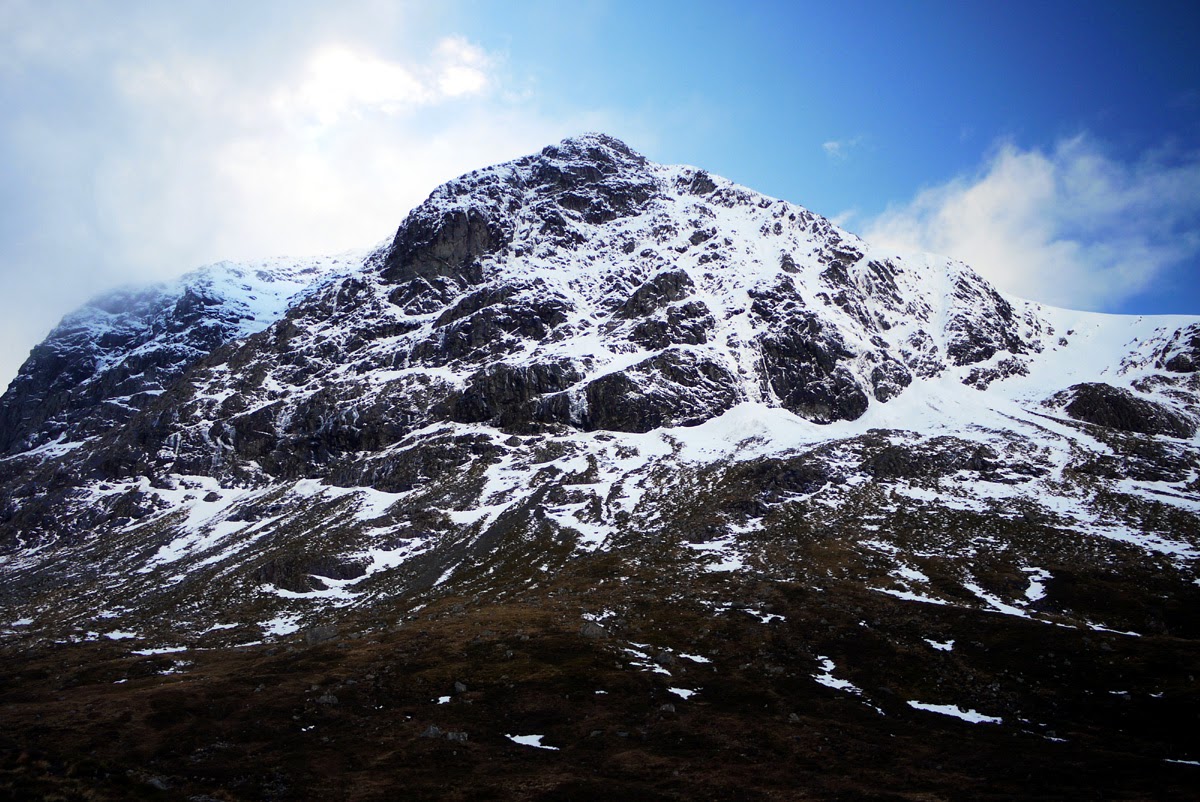 In previous winters we have had too many thaws that stripped back the snow and did not allow ice to build at all. This winter seems determined not to give us a proper thaw for weeks at a time! The weather yesterday was not as wet as forecast but it was warm enough to make the snow mostly all wet. It certainly triggered a few big avalanches again. 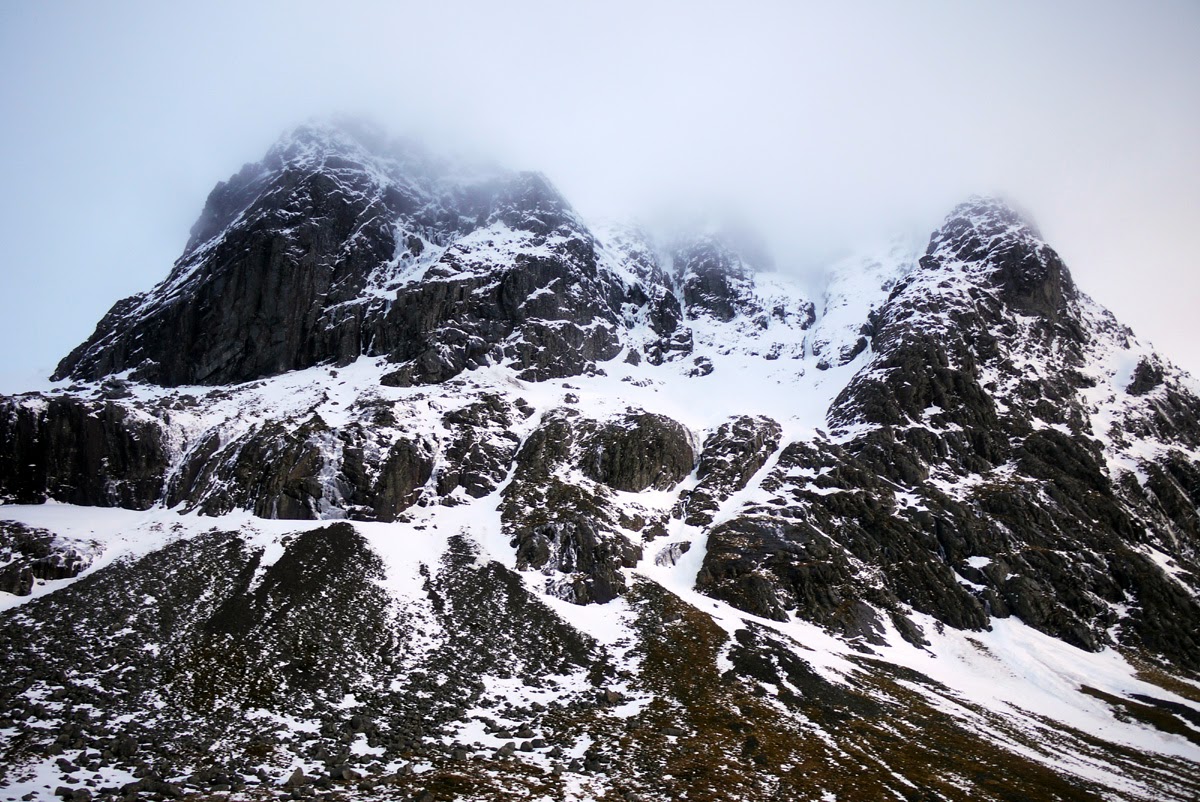 Today the snow was very stable in the cooler conditions. Despite some stars being out last night and a wee frost at sea level the snow did not freeze completely. There is still soft and crusty snow in the coires and gullies of Ben Nevis. I was hoping for a day in crunchy hard snow but it was not as good as expected. Water was running down the ice and it seemed to be above freezing at 1000m. 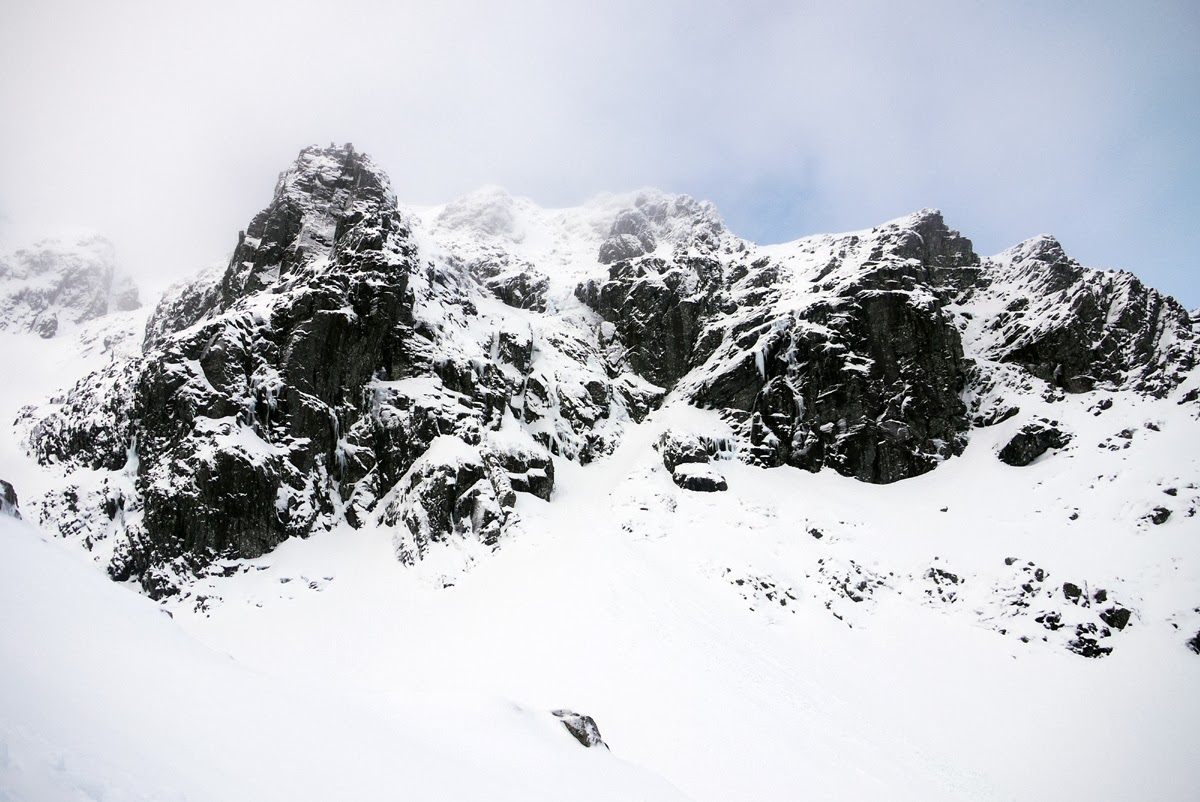 However, ice has been forming and we have an amazing cover of snow. There is ice on The Shroud and Waterfall Gully has formed again. The Curtain is complete but too thin for secure climbing and it's the same on other routes such as The Chute. Gully climbs such as Green Gully and Point Five Gully might be quite nice now but it's hard to say - I think they might be a bit soft still. The higher crags are rimed up. There were people climbing SW Ridge of Douglas Boulder, Tower Ridge, Ledge Route and something on South Trident Buttress. A hard freeze would be nice now. 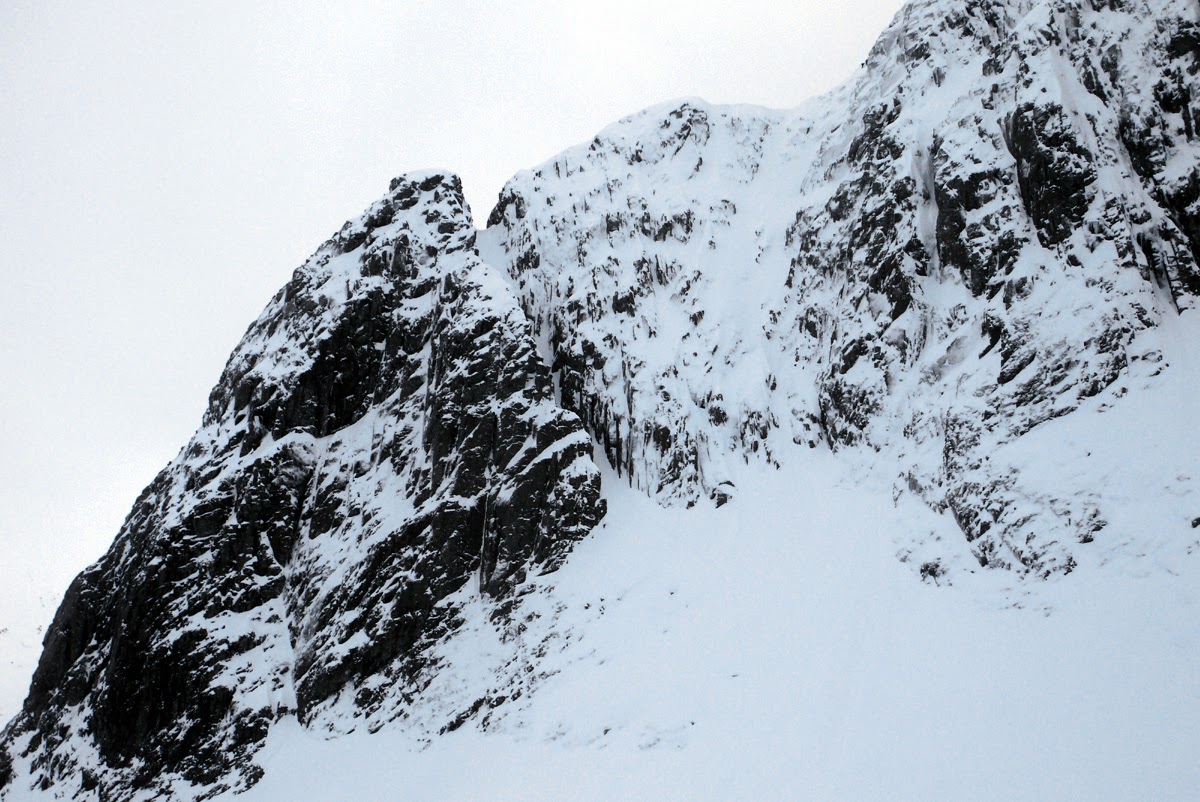