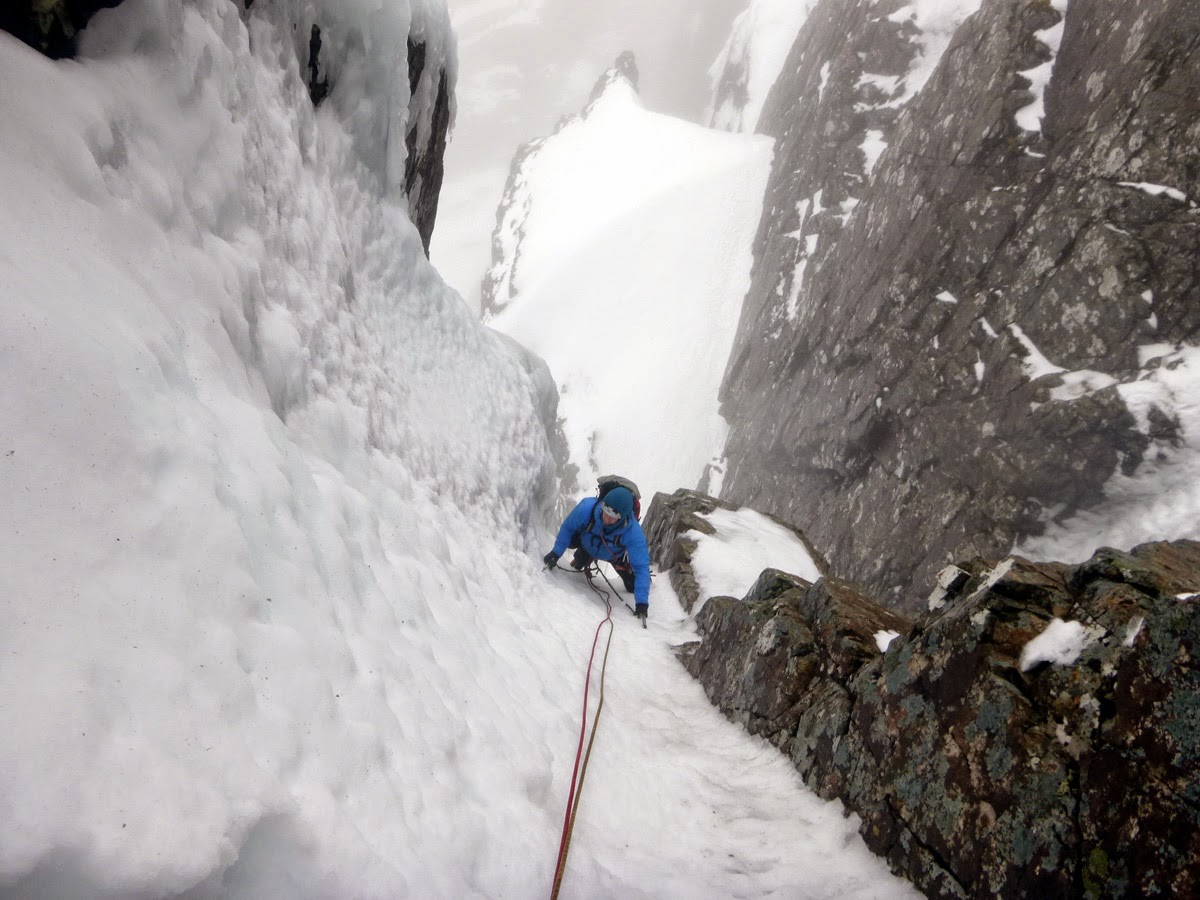 When the light starts to fade it is not usually a good thing when you are climbing. Either a big black cloud is about to empty its contents on you or night time has arrived before you have finished the climb. So when the eclipse made it go quite gloomy this morning Mick and I had a sense of bad things about to happen. As it turned out, Boomers Requiem turned out to be too soggy and steep for me and a fall of ice from above was the last encouragement I needed to go back down. There is an ice screw still in place if anyone wants to retrieve it for me! 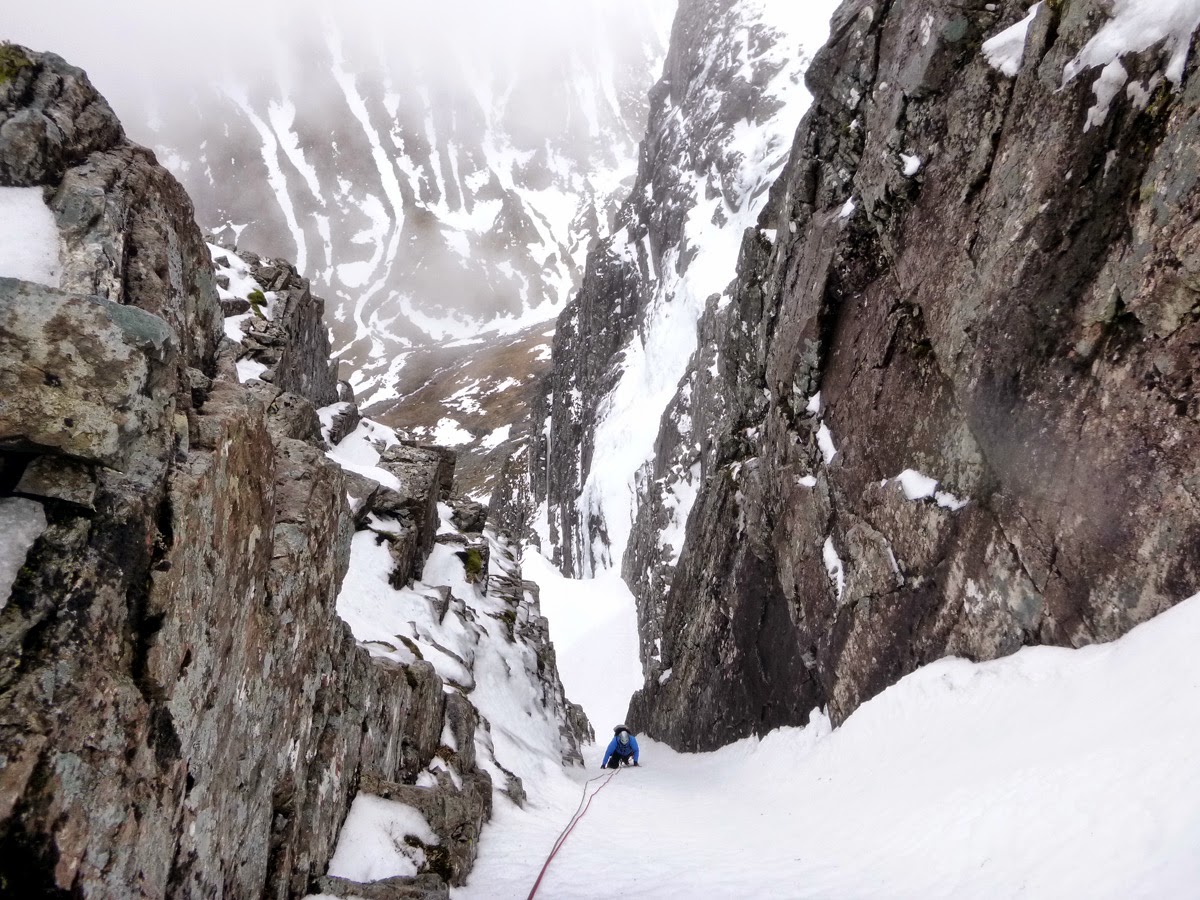 Instead Mick and I went for Raeburn's Buttress Intermediary Gully. The less than snappy name for this climb makes it less well remembered which is a shame because it is an excellent route. The initial icefall is sustained and has an awkward belay before the tricky second pitch into the long snow gully. The cave at the top was full of snow but there was a steep bulge of ice to exit the gully which I've not seen there before. Mick then had a go on the sharp end, leading us up the final pitch of ice to the summit of Carn Dearg.

We descended Ledge Route which has very little rock sticking out at all. I joked with a skier walking up Number Five Gully that you could ski Ledge Route at the moment. He replied that it was skied on Monday!

Colder conditions return tomorrow and there is still lots of ice on Ben Nevis. 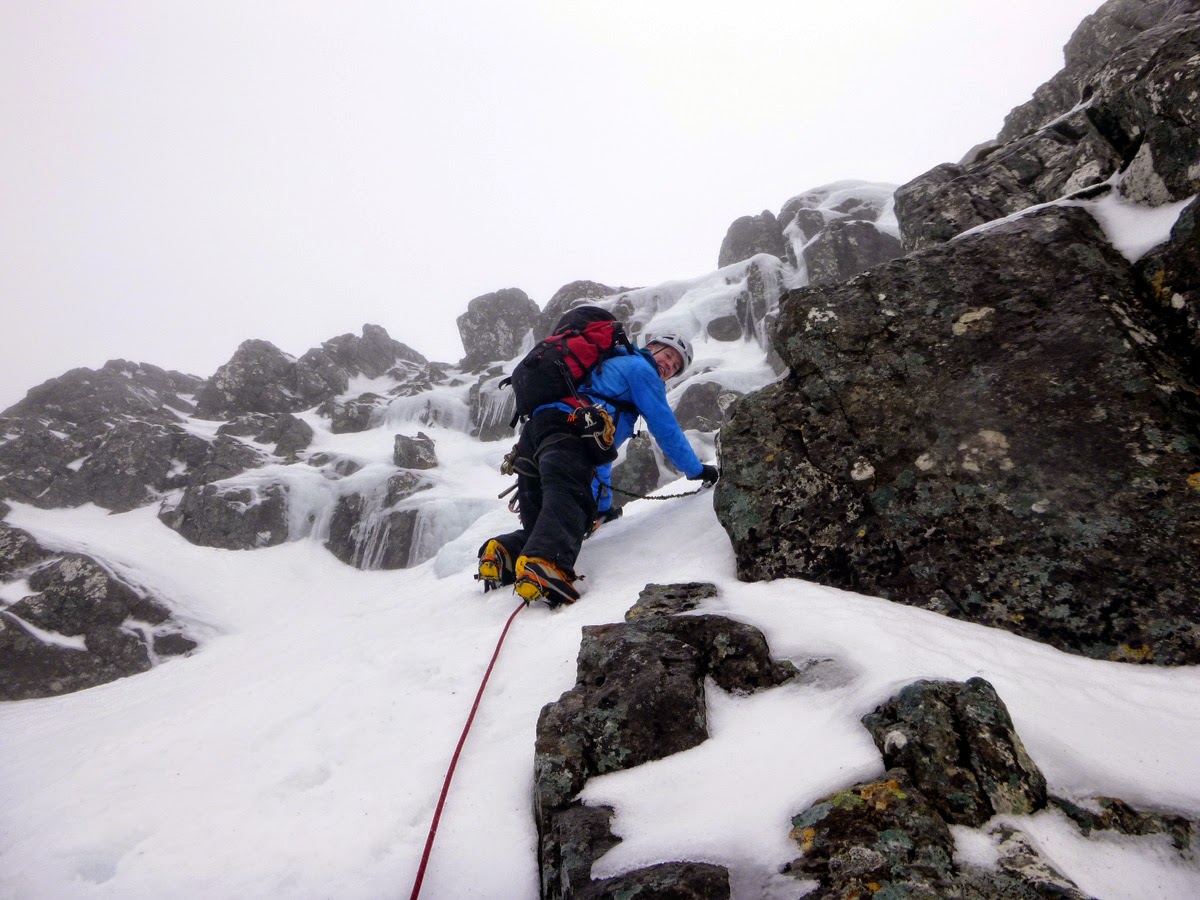