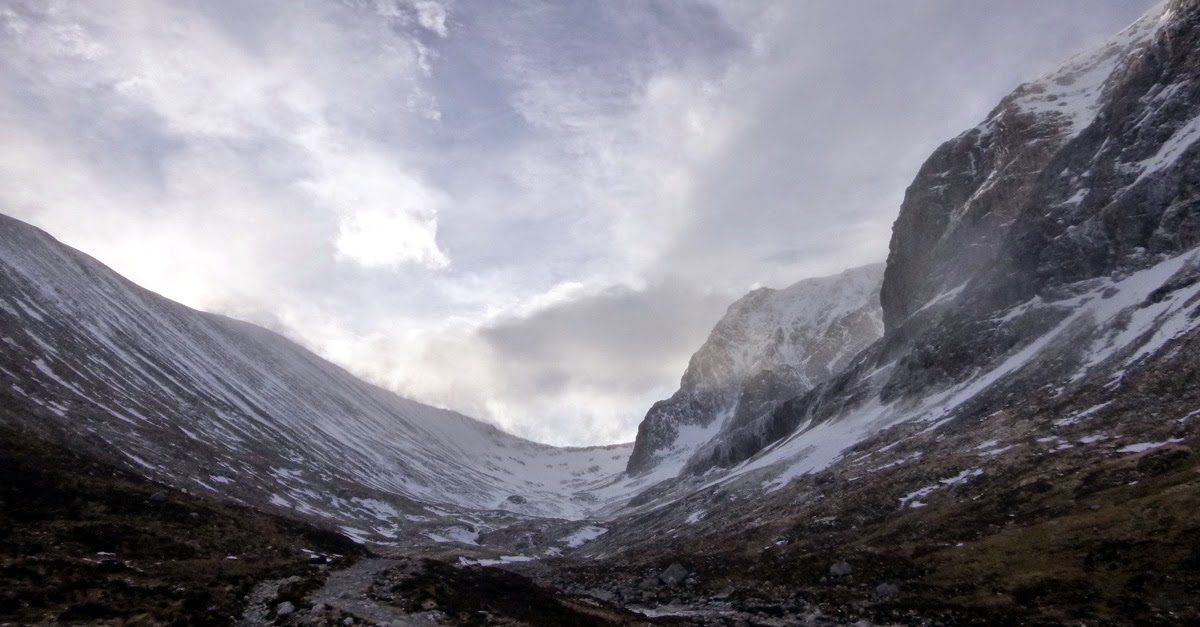 The flip flop weather continues. After yesterday's beautiful day, today was forecast to go downhill rapidly. Will and I got an earlier start and walked up the Allt a'Mhuillin in the dry frosty conditions but already the wind up high was gusting and blowing a lot of snow off the ridges. We went to the first bit of ice we saw which was Harrison's Climb Direct. 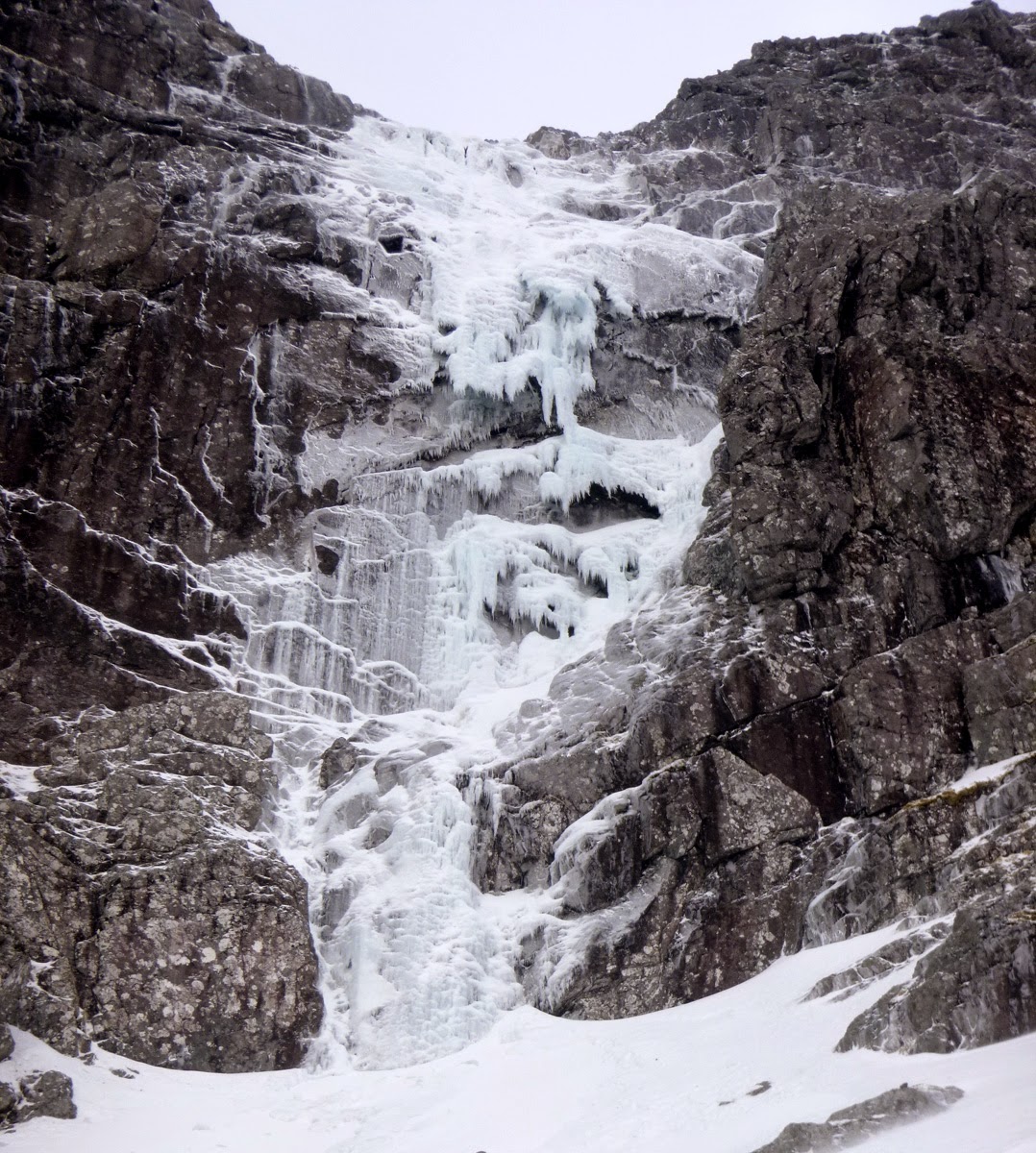 After the big thaw of Saturday there is still lots of ice on The Shroud and Harrison's Climb Direct. Boomer's Requiem also looks good as well as Raeburn's Buttress Intermediary Gully. In previous years when I have climbed Harrison's Climb Direct it has always felt quite spicy for a IV,4 and I understand why now. The first pitch was a delight but the second pitch was a 5m wide wall of ice which has a couple of steeper steps but nothing more than IV,4. In previous years it has formed a shallow chimney on the left which was a good bit steeper. 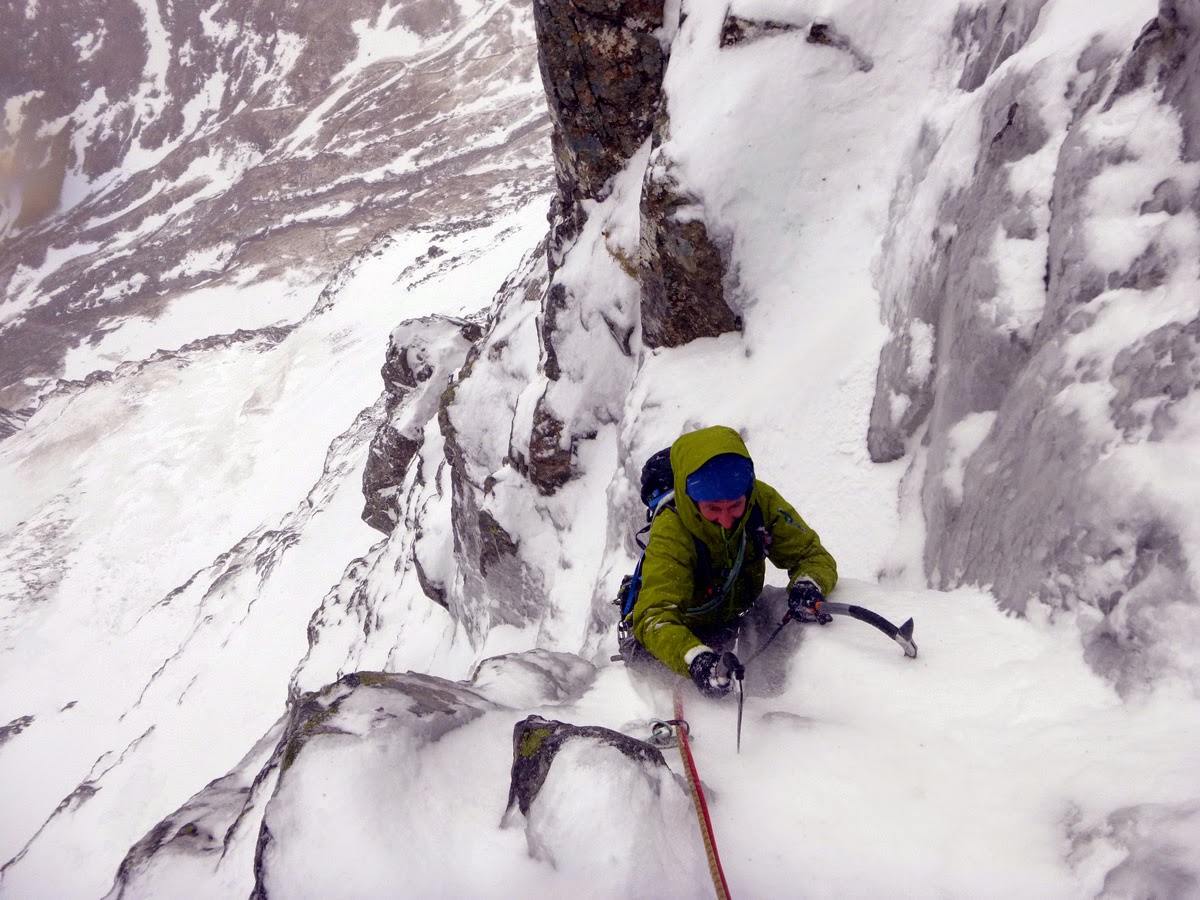 The wind certainly picked up and the temperature rose quickly when the snowfall arrived so we had spindrift avalanches which hung in the air next to The Shroud being blown upwards before being dumped down on us! It was quite atmospheric, especially with the huge umbrellas and icicles of The Shroud overhead. So after two pitches we traversed right to Boomer's Requiem and made one long abseil down this to simple snow. 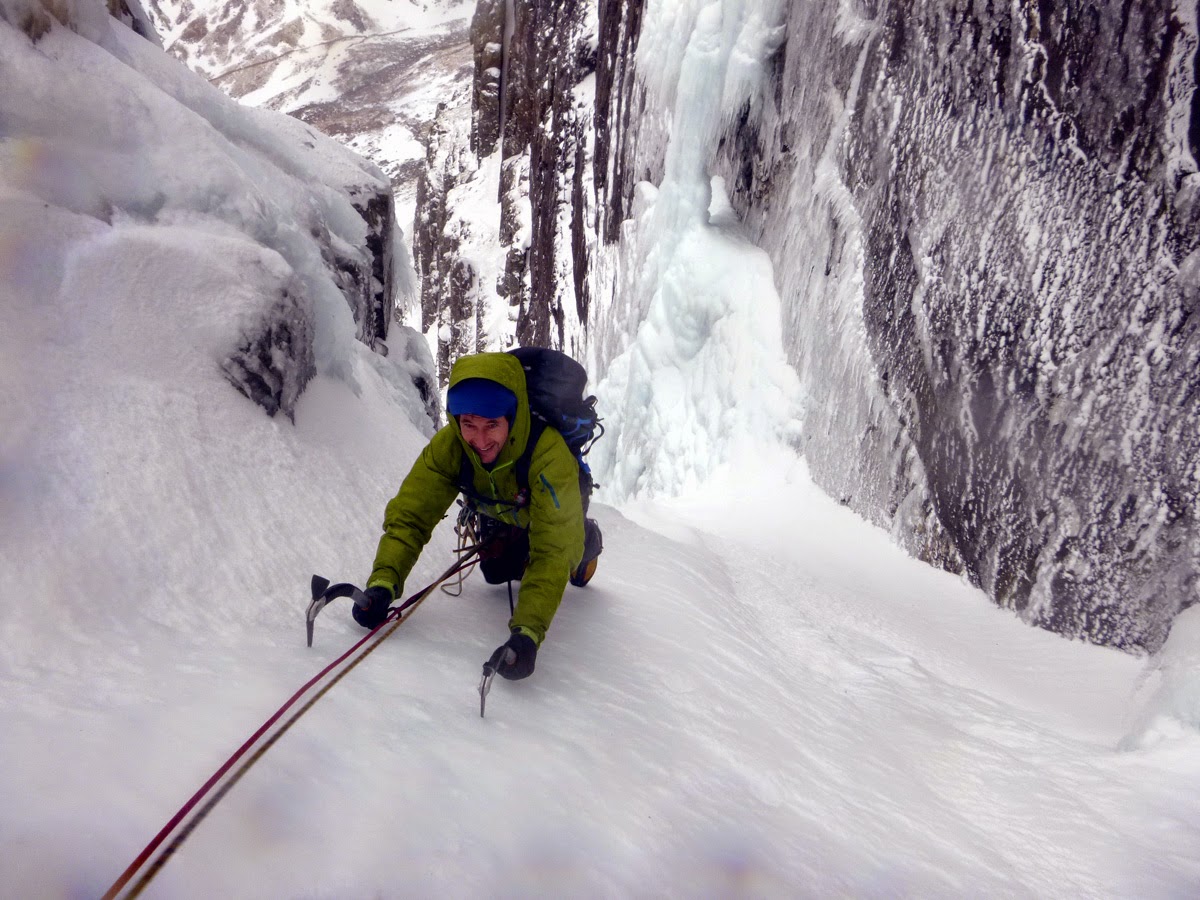 By the time we walked down heavy rain and 80mph gusts of wind chased us down the Allt a'Mhuillin for 1pm. A quick hit and a great taste of ice climbing and the drama of a good Scottish day out in winter! Right now we have blue sky and light winds again but tomorrow will be a repeat of today, a six hour storm will pass through the day. From Friday onwards it looks like we might have more settled calm dry weather which will be great. There are very many ice climbs fully formed (including The Pink Panther) and little soft snow and avalanche hazard at the moment. Good spring ice climbing conditions. 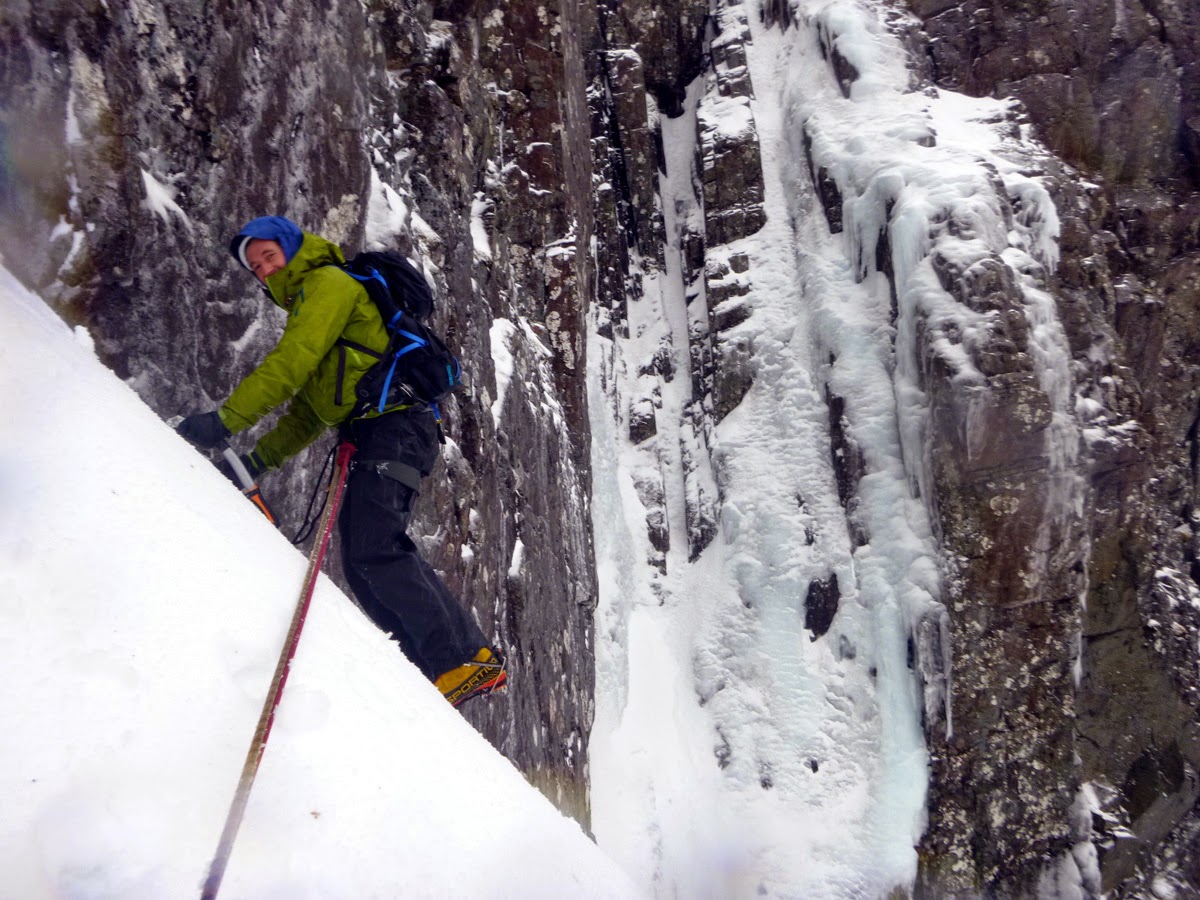