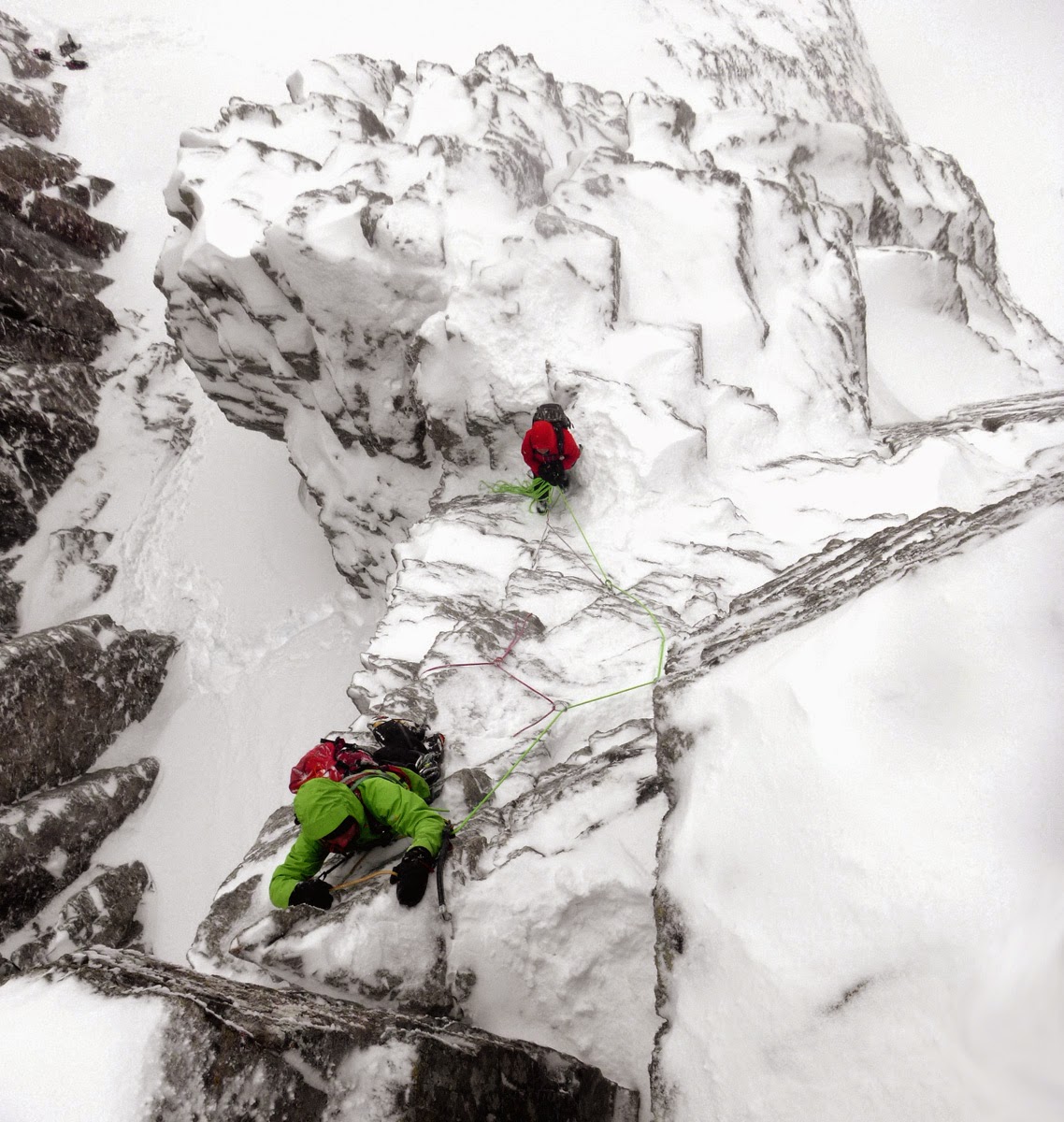 Another fall of snow last night came down to just about sea level. My snow socks got my van up the forest track though and we were about the only people who made the wade in to Ben Nevis. Andreas and Simon swapped leads up SW Ridge of Douglas Boulder which felt awesome today under the heavy snow conditions. It is a real adventure to reach the Douglas Boulder and abseil off so it is not surprising that this climb has got so popular in recent years. Nobody else was on it today though! 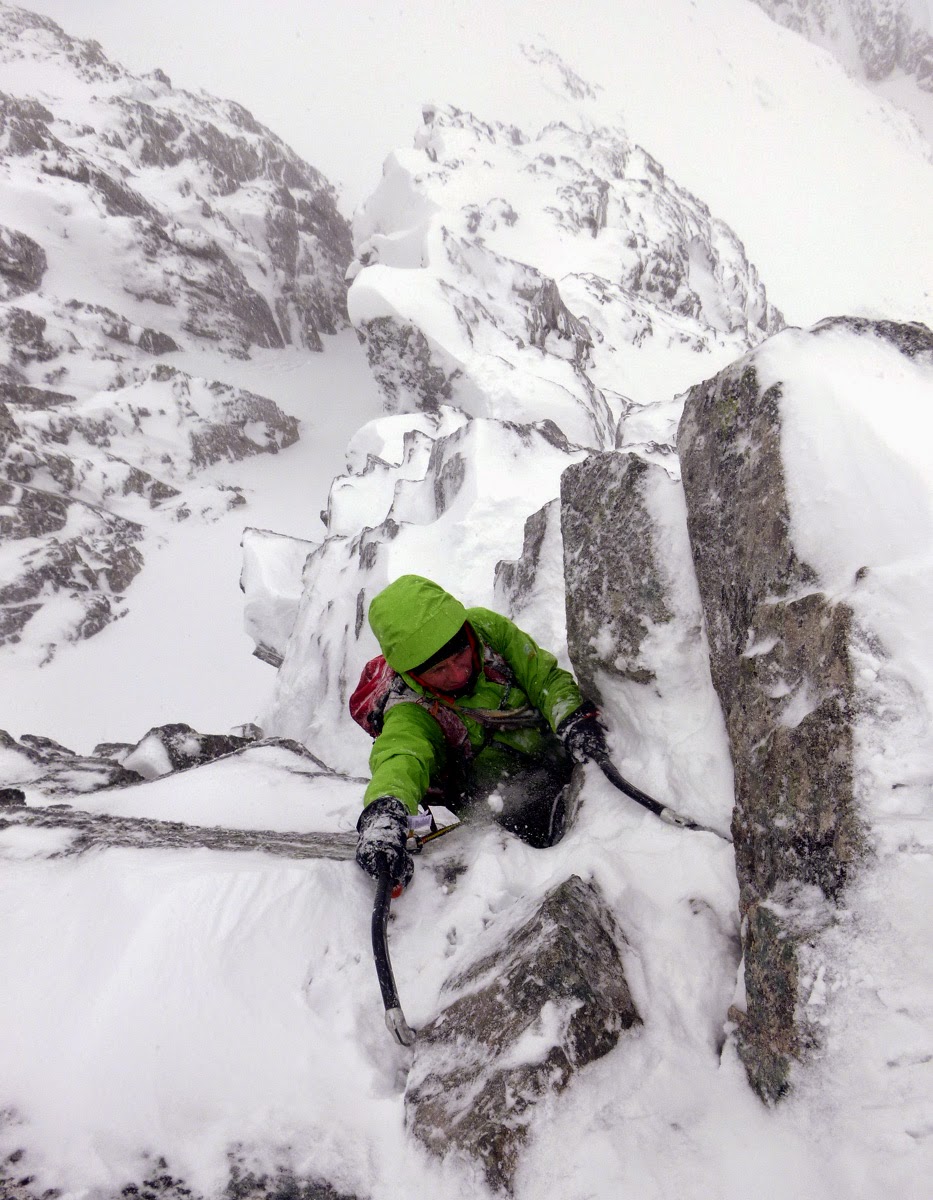 The wind had swung round a bit to blow up Douglas Gap East Gully and load up the West Gully and slopes near Fawlty Towers. As we abseiled to Douglas Gap we triggered a slab avalanche down the West Gully. In fact we made an abseil from the foot of the ridge to the easy slopes below to avoid any more avalanches! Lots and lots of snow around at the moment, take care.