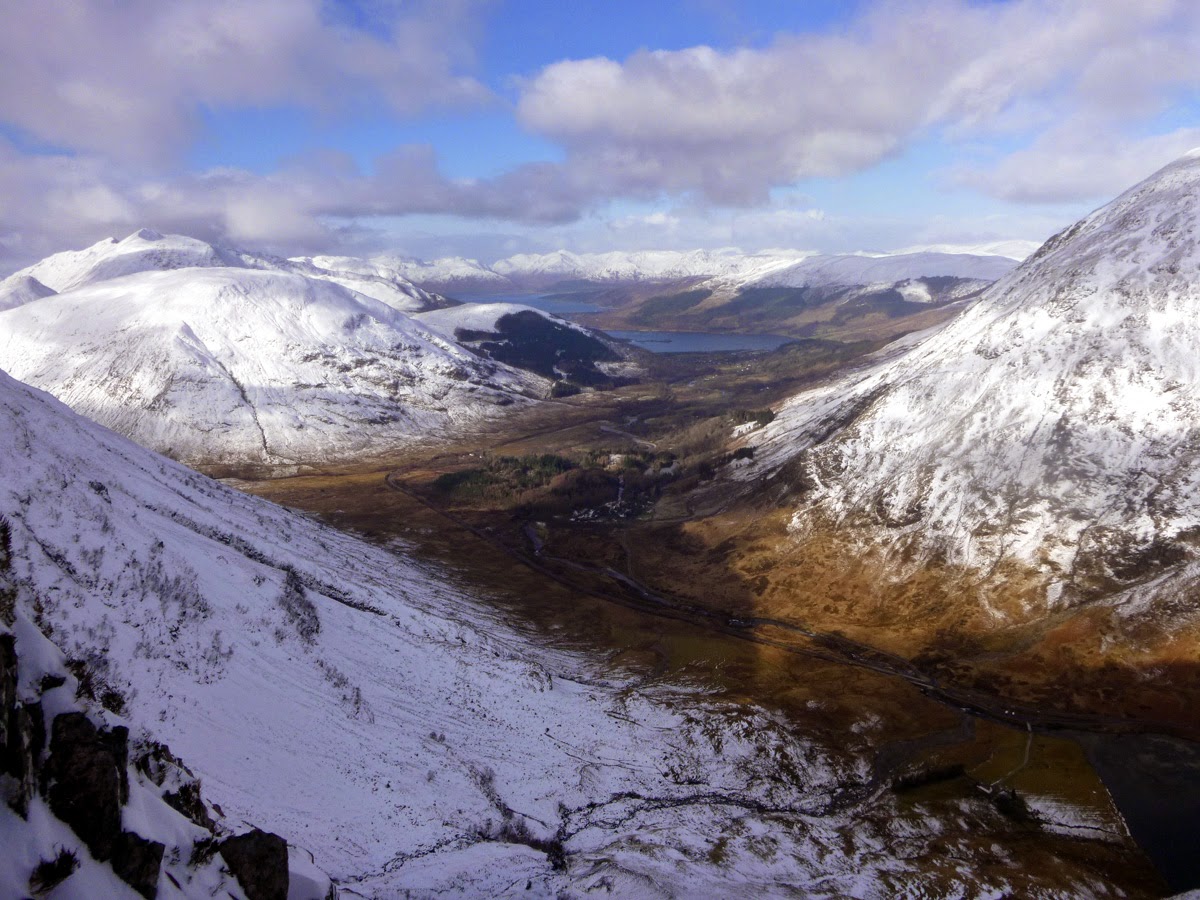 We had a relief from the battering by wind and snow today with blue skies and a gentle and dry breeze. With so much fresh snow about (more last night) Andreas, Simon and I went to the West face of Aonach Dubh to stay well clear of any avalanche hazard and enjoy some mixed climbing. We climbed Cyclops (IV,5) in two pitches (great fun despite cruddy ice and not quite frozen turf on the first pitch) and abseiled directly down the route so we could climb Pinnacle Face. 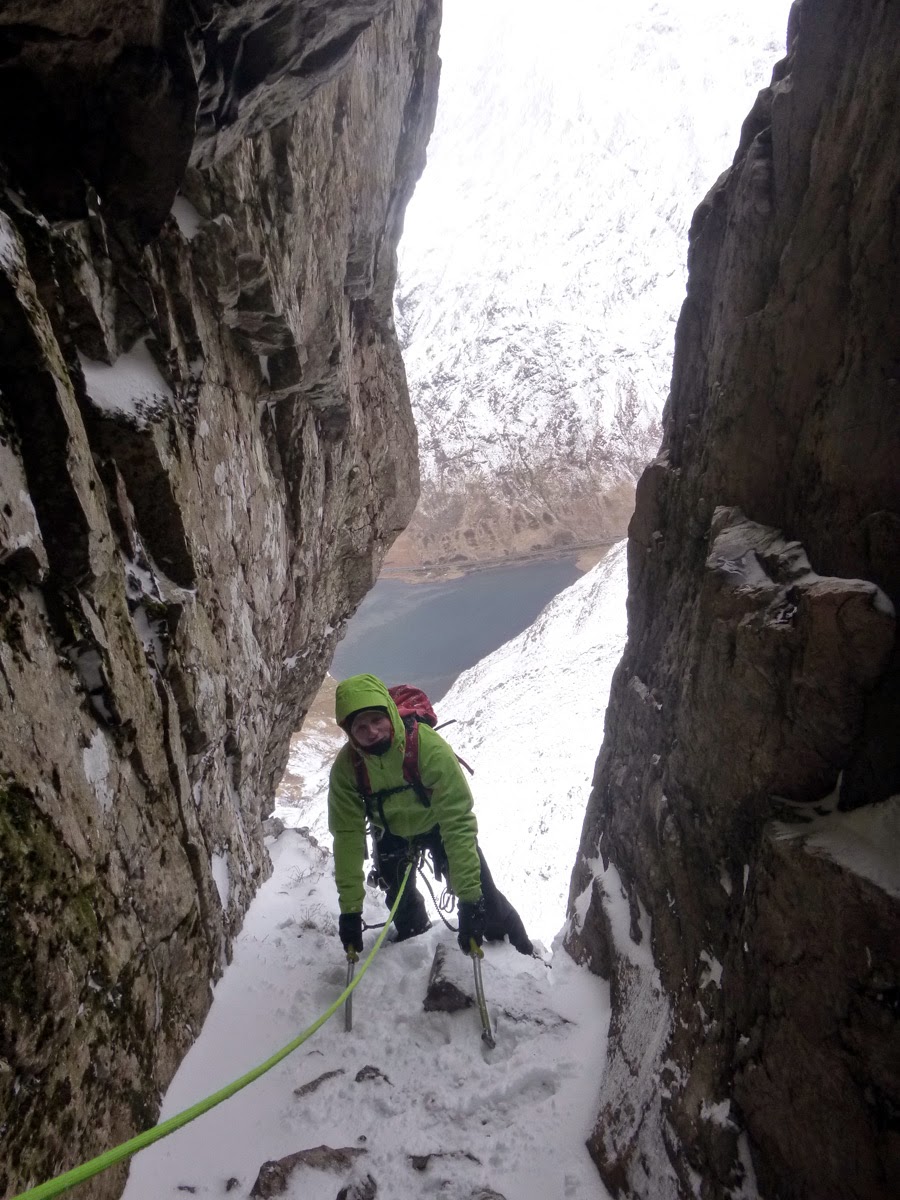 Where Cyclops felt slightly bold and tenuous on soggy placements, Pinnacle Face (by the summer route) was positive and technical with great hooks and torques all the way. It is probably about the same grade too at IV,5 and the third pitch up the wall on the right of the pinnacles is just as spicy. We managed to avoid the cross loaded slopes at the top of Number Two Gully so we could descend underneath Dinner Time Buttress. There was a slow warming up during the day and the wet snow on steep grass on the way down was the most dangerous part of the day!

So we now have a prolonged thaw forecast with high pressure to the south drawing SW winds from the mid-Atlantic over Scotland for several days. The deep soft snow will settle rapidly (or avalanche) and we will lose snow cover and ice on some routes. However, gully climbs such as Point Five Gully are so fat that they will survive this thaw for when the weather improves, whenever that might be. 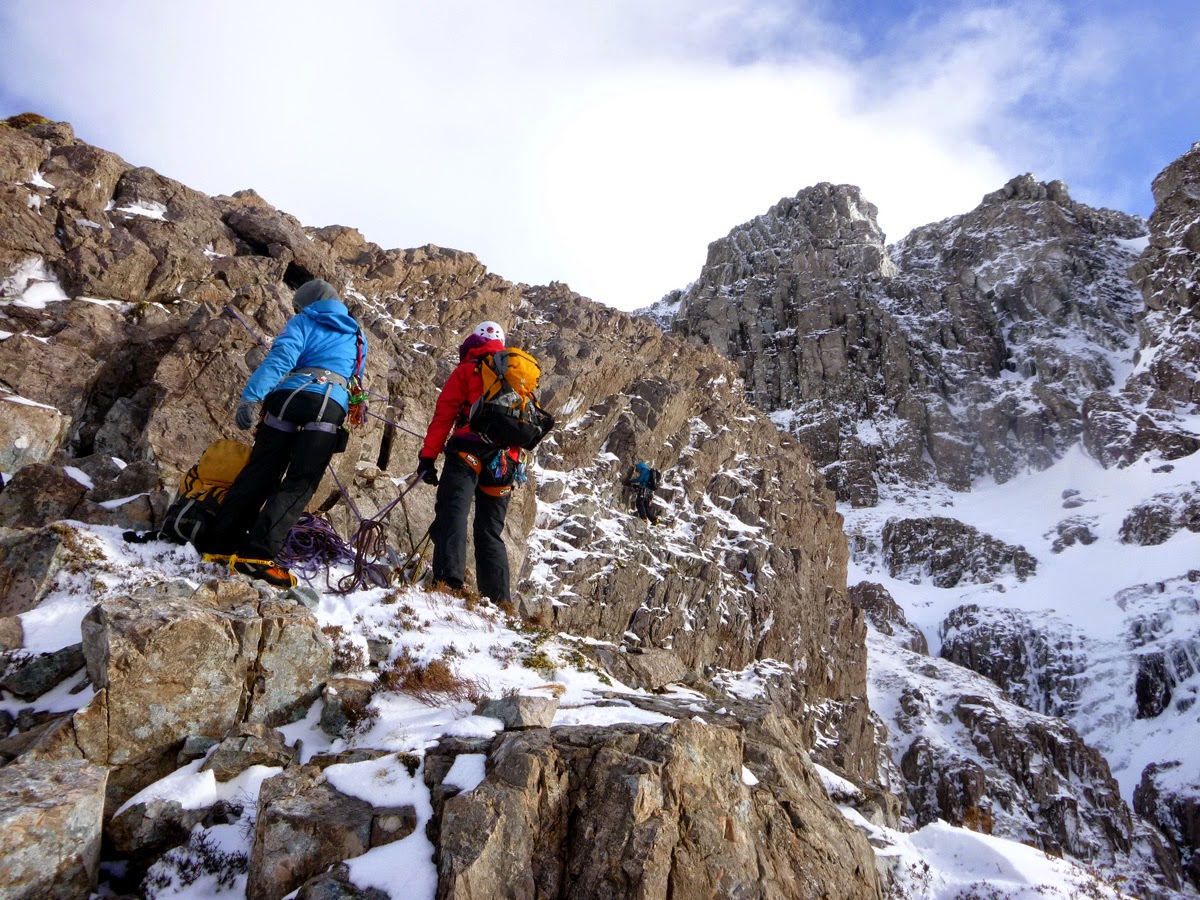