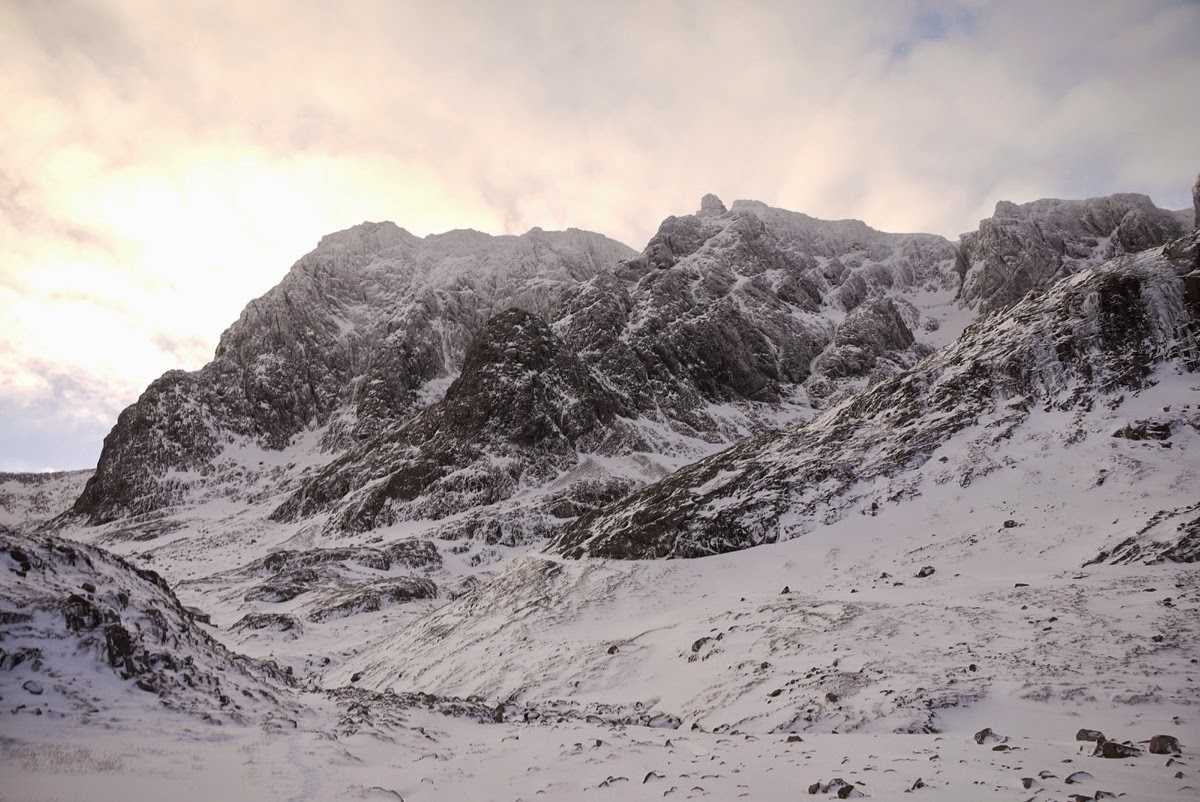 We saved the best day for last for the Welbeck College students with a mass ascent of Ledge Route on Ben Nevis. More fresh snow last night was blown in on westerly winds and buried the route. There was a little avalanche debris at the foot of Number Five Gully (from Sunday probably) and lots of fresh snow on the first ledges of the route. The tricky slab is very well covered! 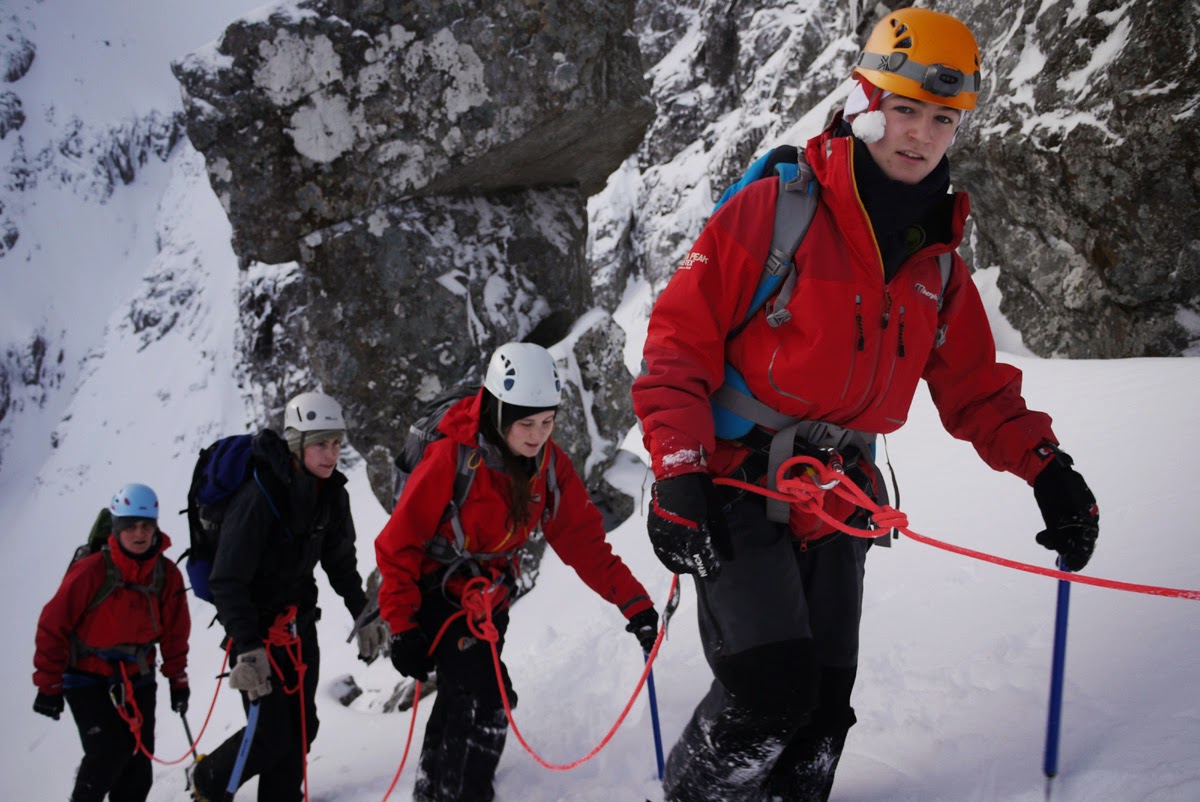 The team was split into groups of four to move together Alpine style for the whole route and this worked out very well. There is lots of ice hanging off the crags but none on the route so most of the climbing was on big snowy boot prints. The narrow section is also very well filled in with soft snow and some older snow underneath that is firming up. 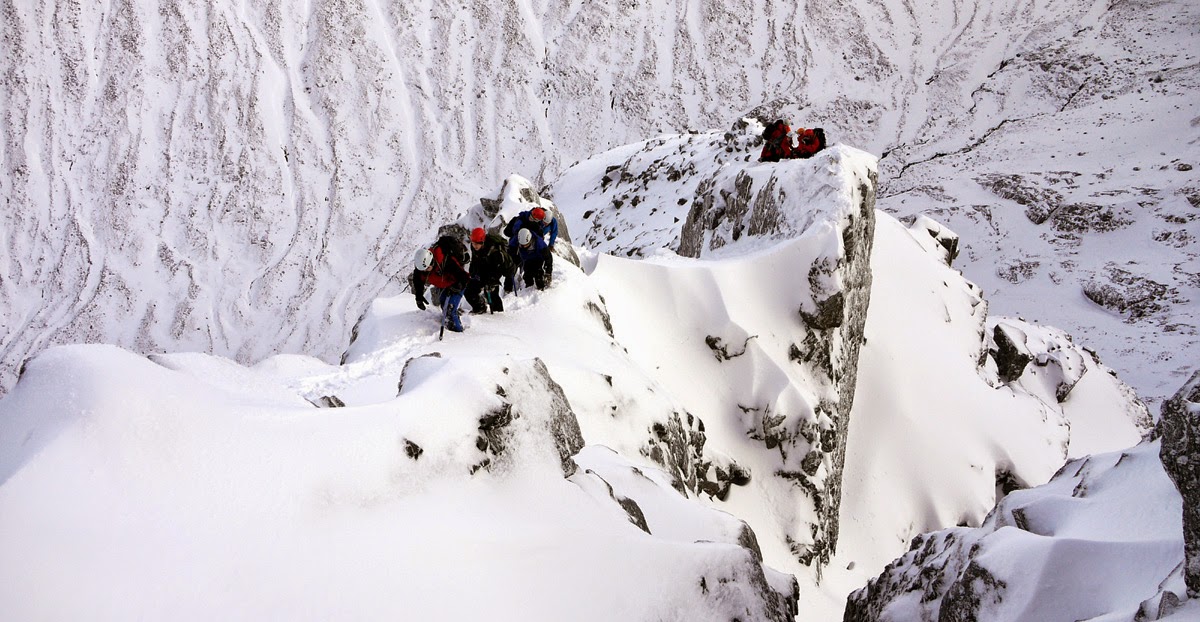 It is such a nice thing to be able to enable these 17 year old students to experience such a great climb up through Ben Nevis' North Face on a brilliant day. They all rose to the occasion very well and in fact have been brilliant to work with for all four days. Many thanks to Donald King and Louisa Reynolds for their excellent work as always. 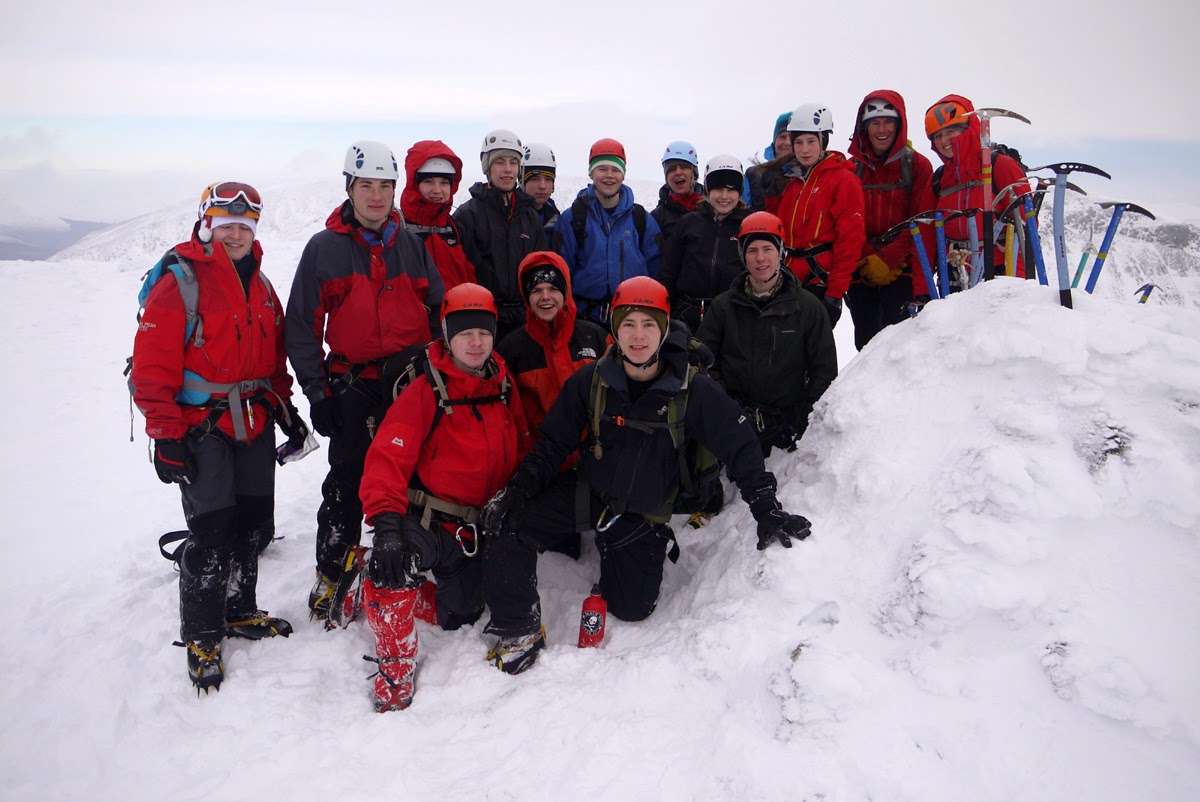 The crags were well rimed up and there were a few teams out climbing. Creag Coire na Ciste had a couple of hard routes tackled today and there was a team in Good Friday Climb as well which might not have been as good - this route usually needs ice on the crux and there was none there today by the look of it. However the gullies are filling in nicely and the seeps from the rocks are running well after the wet autumn so ice is forming quickly. Another thaw tomorrow and refreeze later this week will further improve the climbing. It all looking very good, especially when you consider winter only arrived two weeks ago! 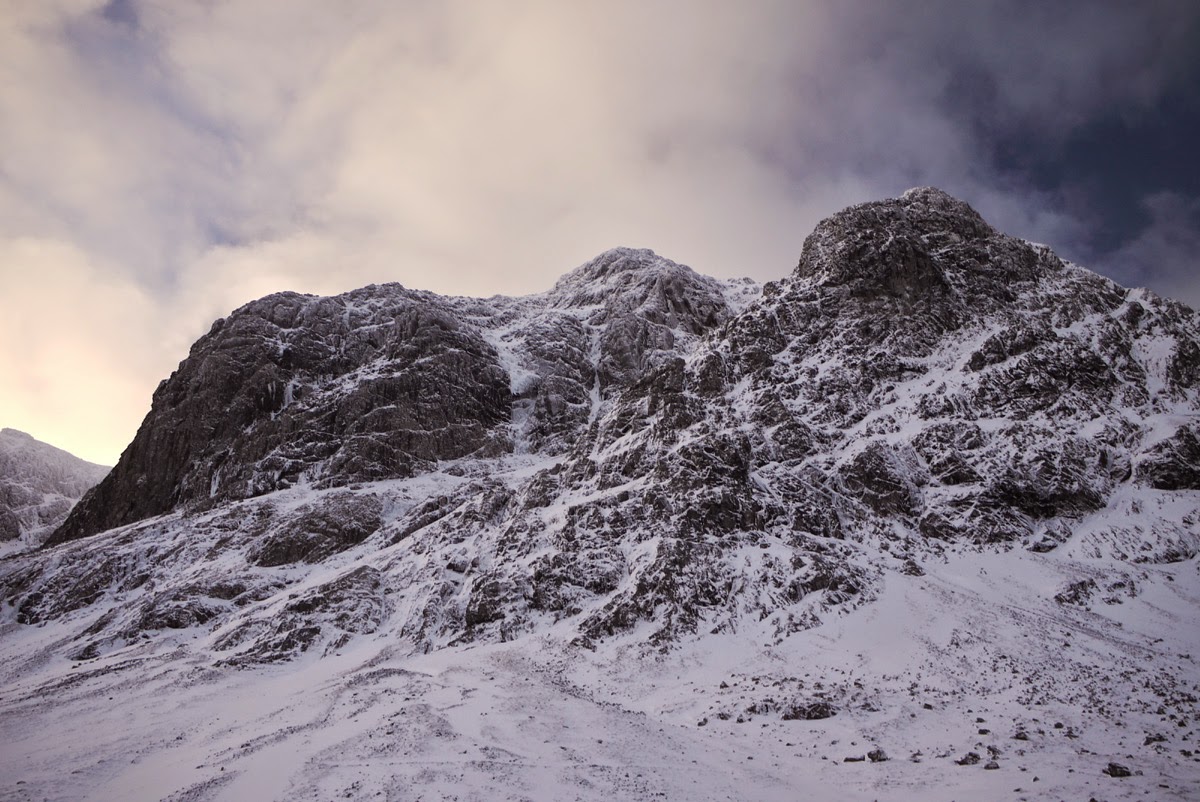 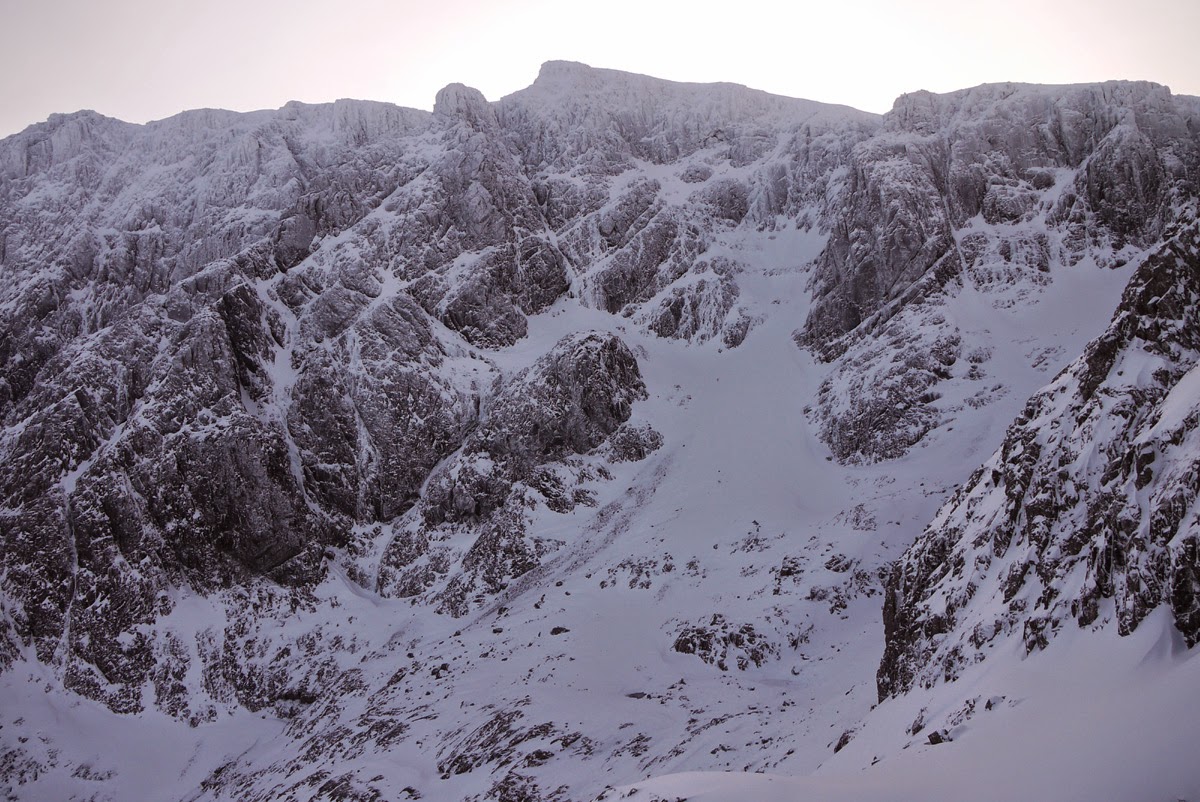