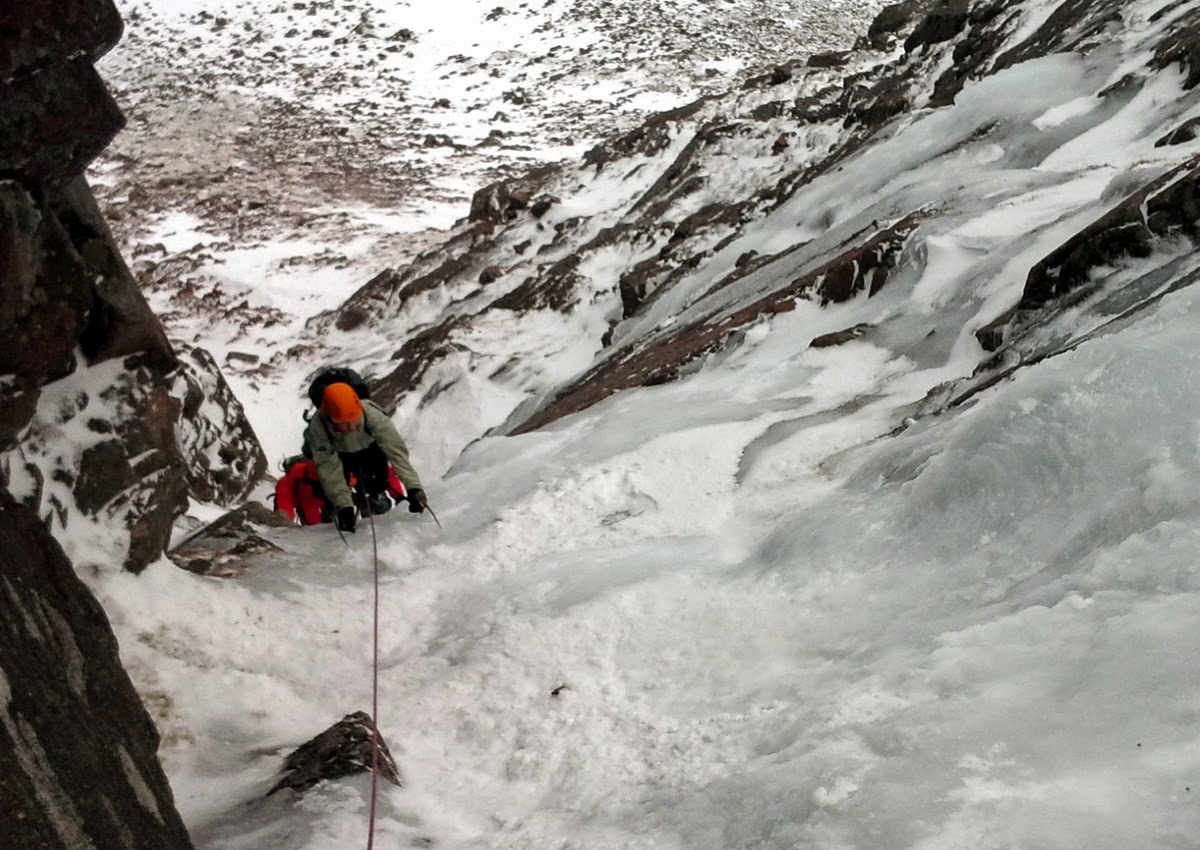 Donald, Guy and I made a rare trip to the Cairngorms today. I spoke with the lovely Susan during the day who's first question was "is it really bad in the west?". It is normally bad weather that drives me east but this time it is to work with a group of students and staff from St. Pauls School in London. Donald took them out for a day yeasterday to cover all sorts of core winter skills so that today we could tackle something a bit more ropy. 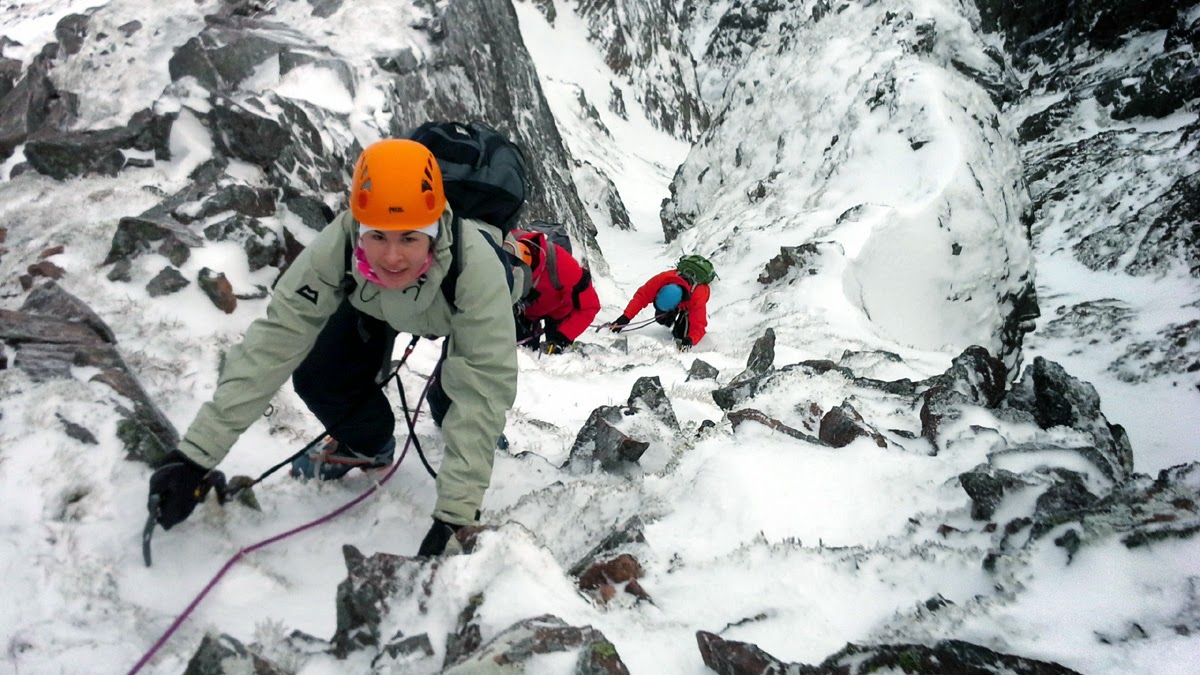 There has not been the same volume of snow fall here compared with the west and what has fallen has been blasted by some severe winds. Areas of snow are restricted to the very sheltered slopes but the easy gully lines have enough snow and some ice in them for fun climbing. Guy and team climbed and then descended Jacob's Ladder while Donald and I took our teams up Alladin's Couloir. The icy bit of Alladin's Couloir is quite icy but it is a simple firm snow slope otherwise. We enjoyed the ice climbing, placing ice screws and the calf burn of the first ice climb for my team. We were also treated to great views right across the plateau and a calm spell to have some lunch on top. 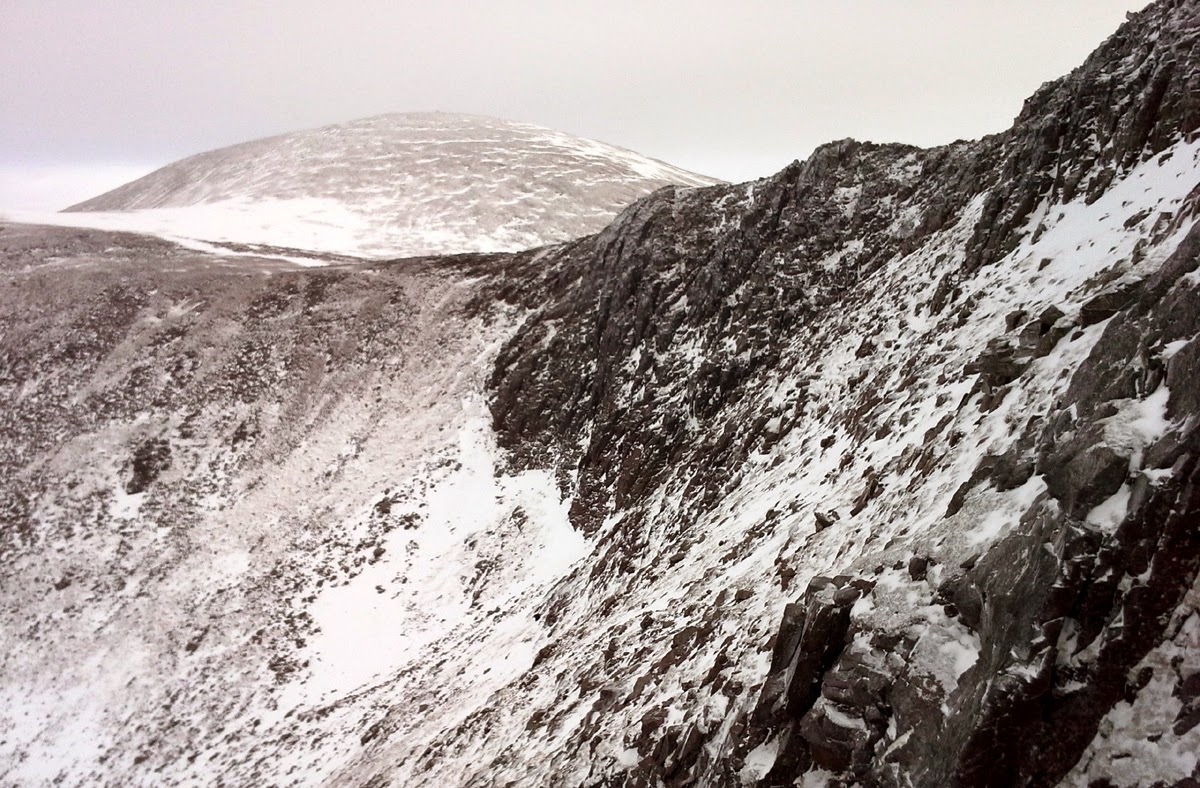 There were several teams out (including one team which had spent the whole night out after a navigational error) most of which kept away from the soft snow by climbing on the Mess of Pottage. The rocks here seemed quite black to me but there was snow on the ledges and it was certainly well below freezing. More thaw and rain tomorrow everywhere then another freeze early next week. 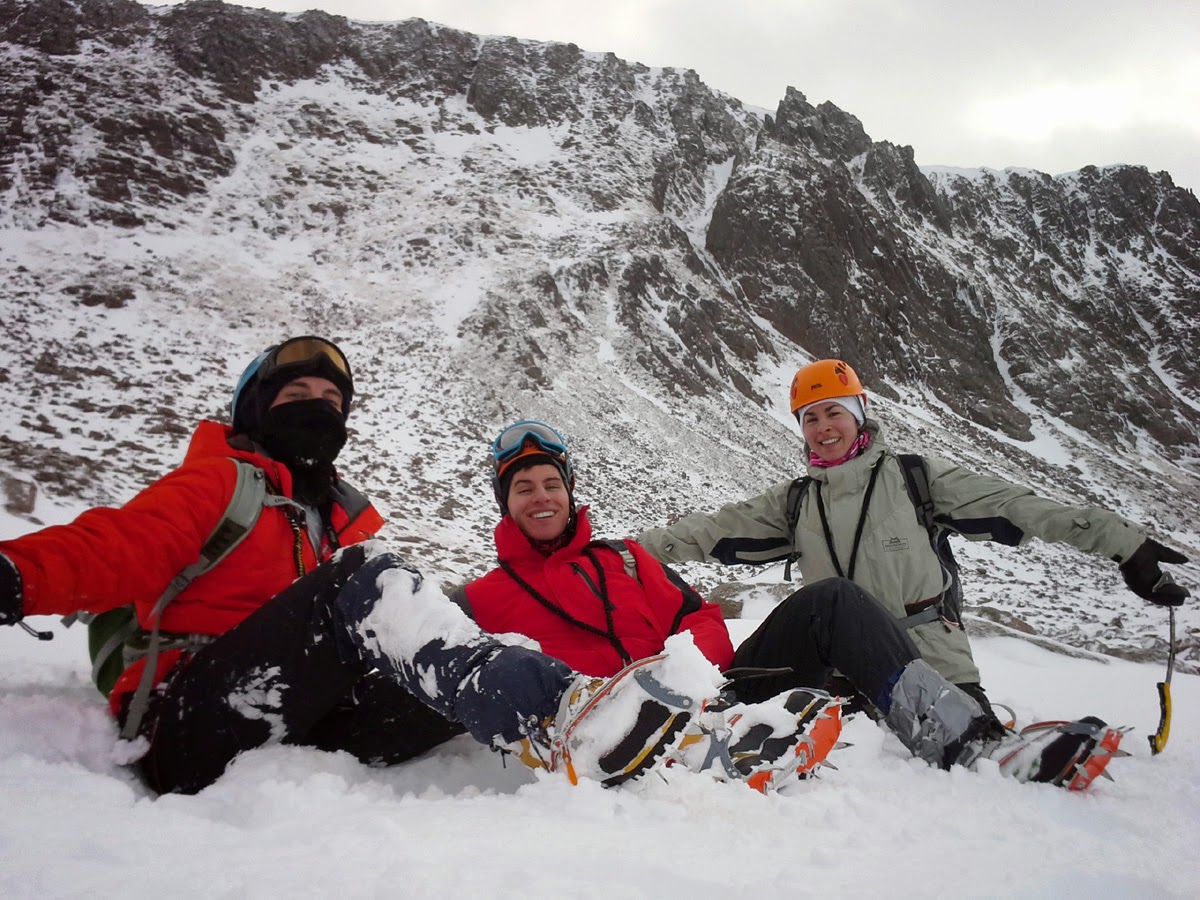