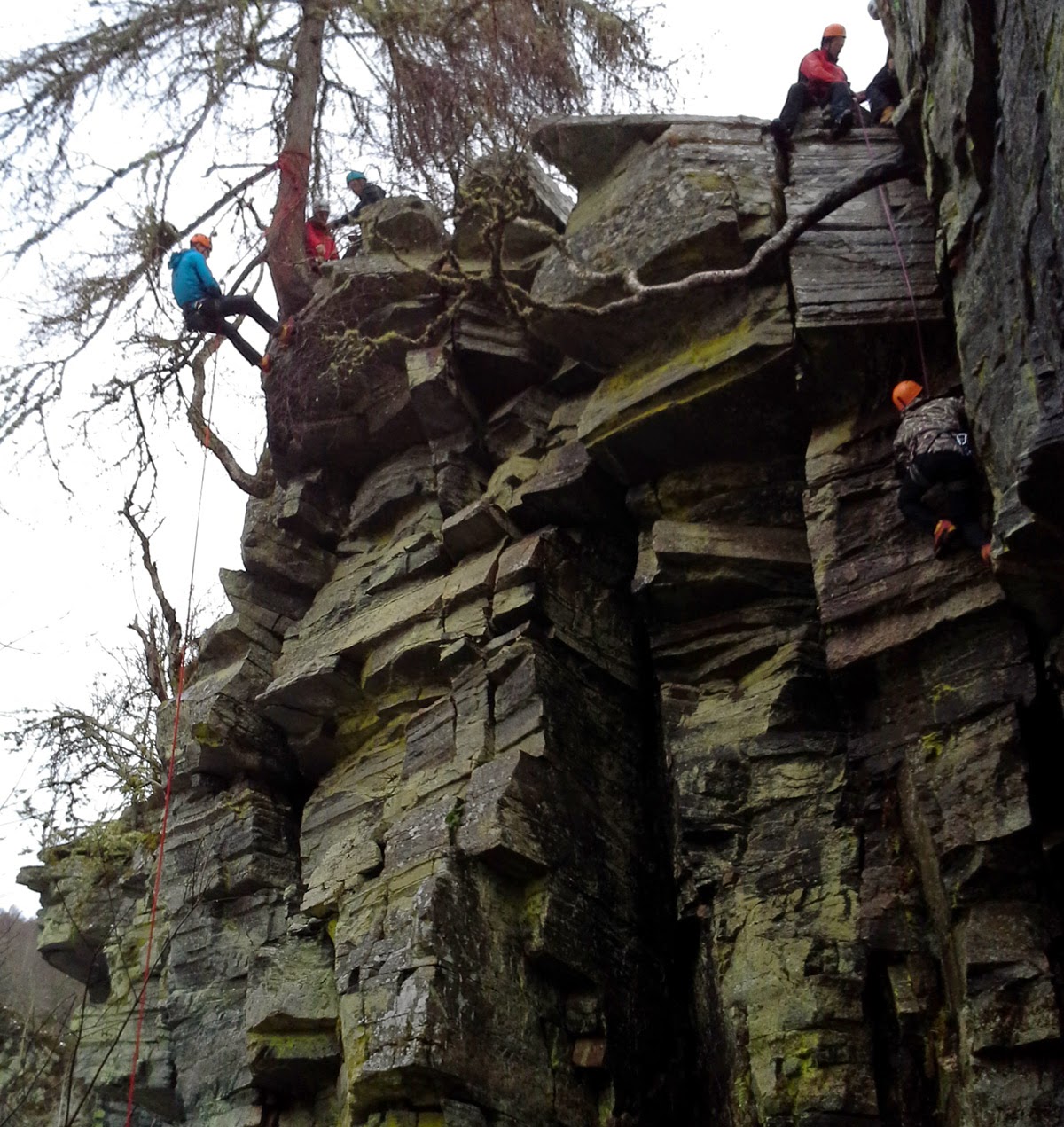 Yesterday was a big thaw day. With 80mm of rain forecast on the west coast and 100mph winds on the tops we decided a low level day might be a good idea! So Guy, Donald and I took our group from St. Paul's School to Huntley's Cave near Grantown. This is a nice wee crag with very steep climbs on positive holds. You can do some good climbing here even in the wet and there is plenty of scope for rope tricks such as tyrolean traverses, guided abseils and even a wee rope swing from the top of the crag. We had a lot of fun and learned plenty of new skills in the process. 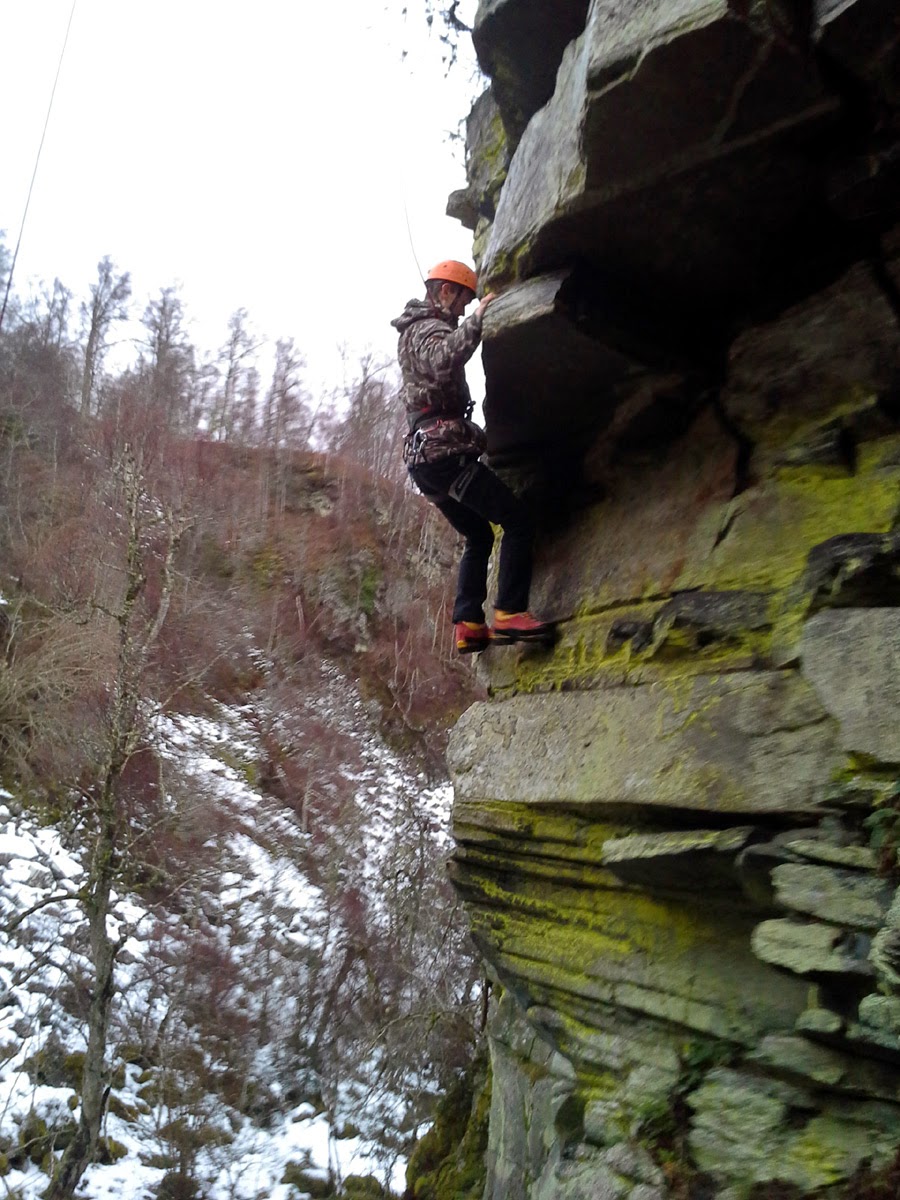 The drive back home was a slow process with lots of standing (and running) water on the road. One wee stream had burst over on to the road and it was still raining hard. The Lochy and Nevis rivers were in full spate and very impressive to see. This morning though there is a fresh dusting of snow on the tops so it has already cooled down again enough to stop the thaw. Also there is plenty of the old snow left in the gullies and coires to freeze up and form a nice bace of icy neve for the climbing. I'm now off for five days for a family Christmas so I'll need to wait until Saturday before my next mountain adventure but I'm quite positive that climbing conditions will be very nice by then. A wee Christmas present for all of us winter climbers! 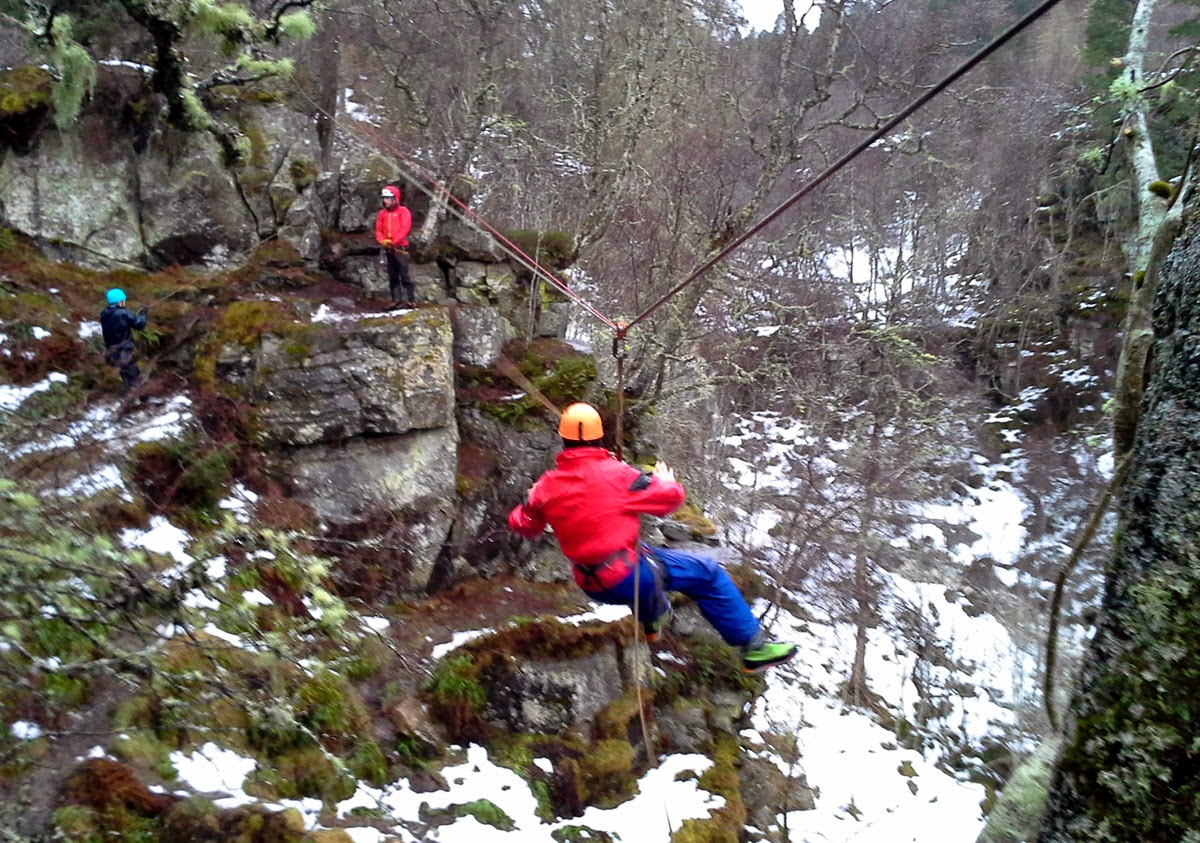