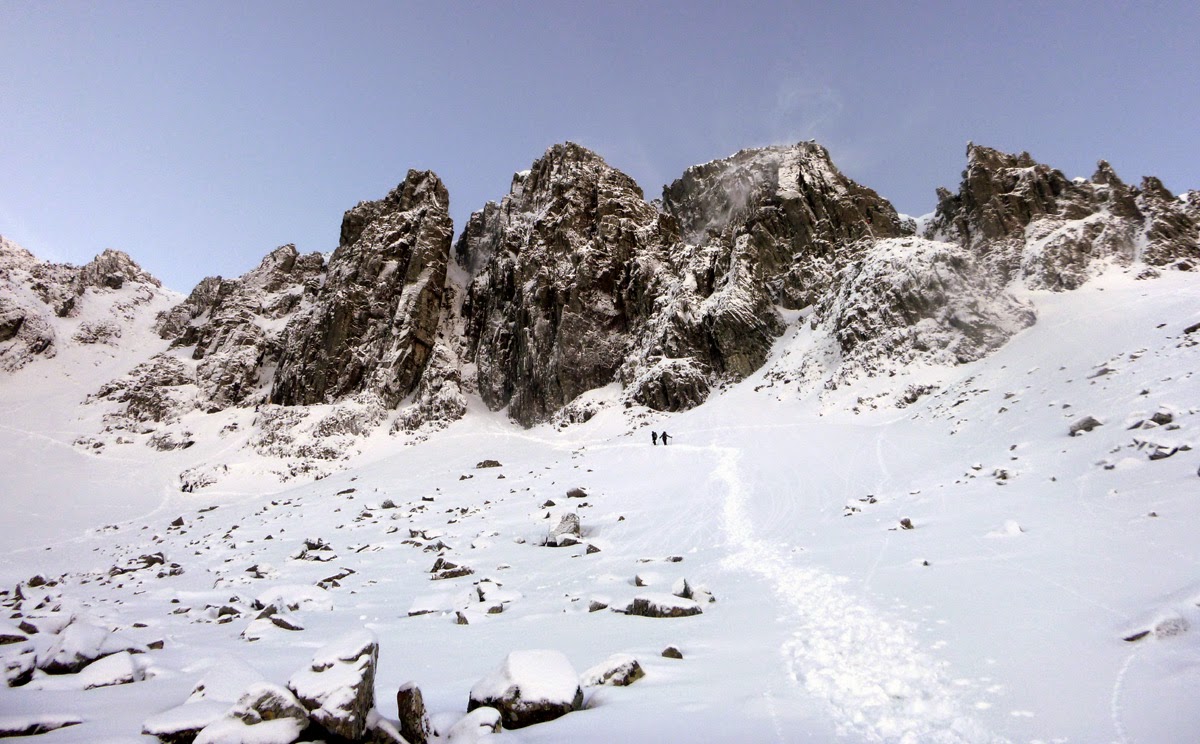 Another cracking day in the Outdoor Capital of the UK but there were signs of the stable weather starting to break down. Jack, Jackie and I went to Stob Coire nan Lochan to climb NC Gully. The walk in is quite tricky with ice and compacted snow on the trail and the exposed step half way in focused the mind for a moment. The rocks were quite well rimed but the snow is still soft and not very helpful. NC Gully is a very atmospheric gully with steep walls and the spindrift pouring down the walls into the gully made it even more so. There were lots of climbs being tackled today including Scabbard Chimney, Spectre, Dorsal Arete, Chimney Route and something next to Raeburn's Route. SC Gully was abandoned due to lack of ice though. 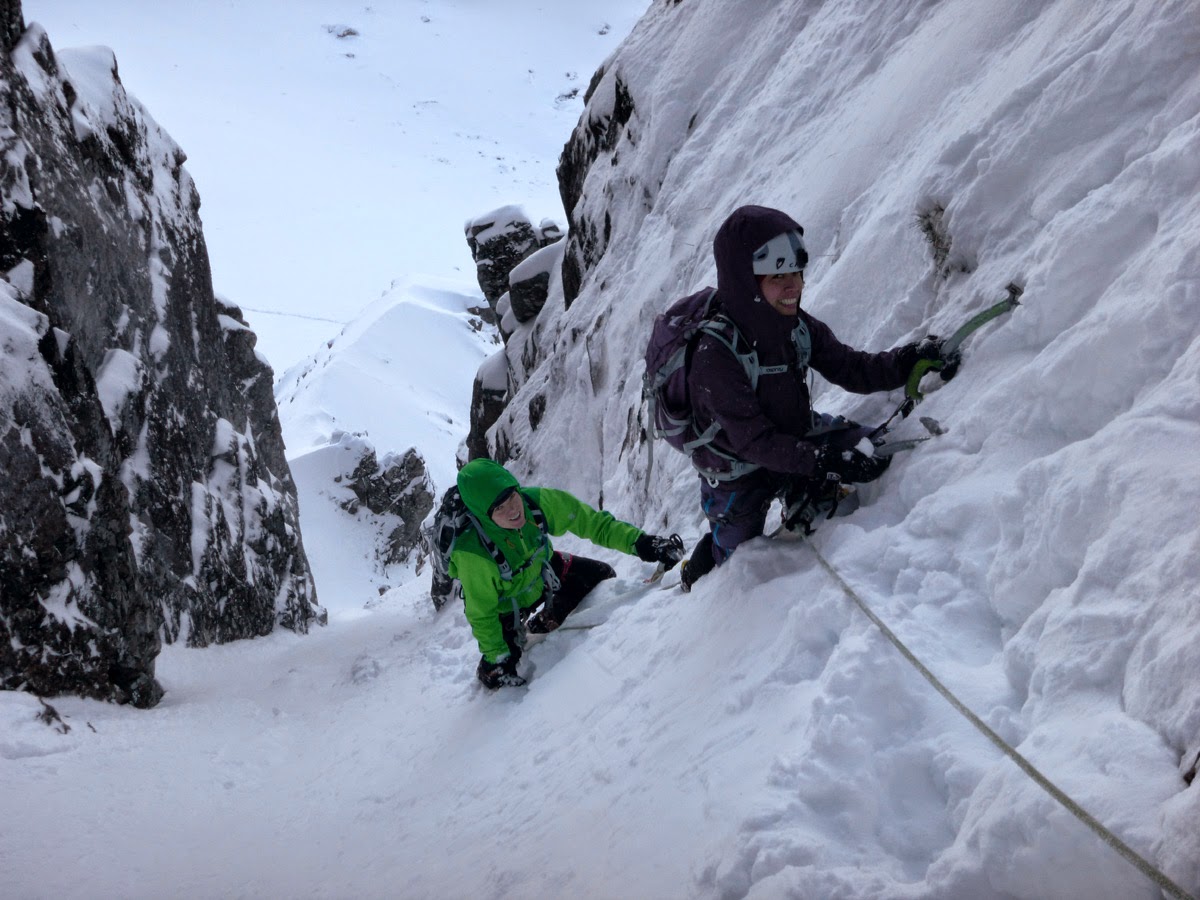 Over on Ben Nevis Donald and Geaspar enjoyed a speedy ascent of Tower Ridge despite it being a bit awkward with soft snow on slippy rocks. They saw teams climbing Point Five Gully, Zero Gully and Hadrian's Wall Direct. These big ice classics are still thin but have reasonable ice. Green Gully and other grade III and IV routes are better well filled out. 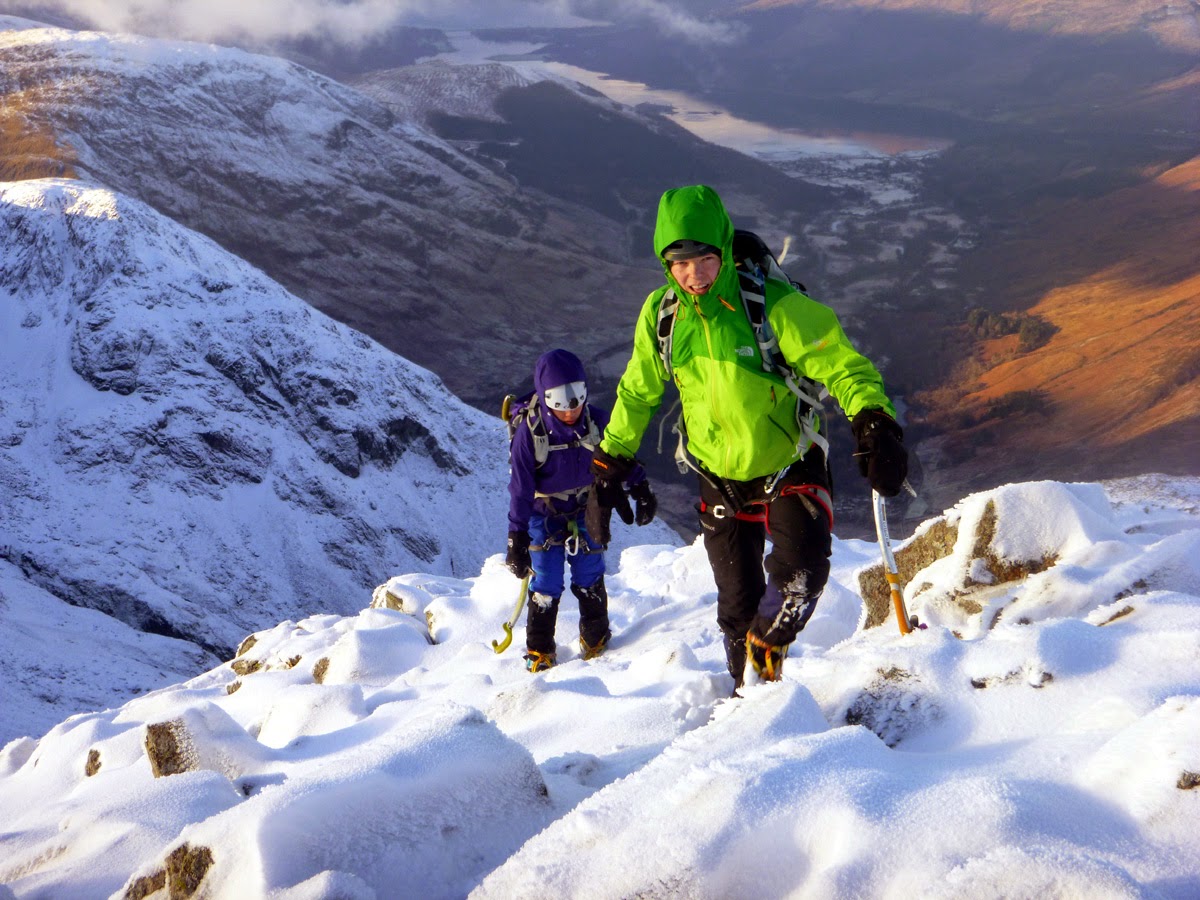