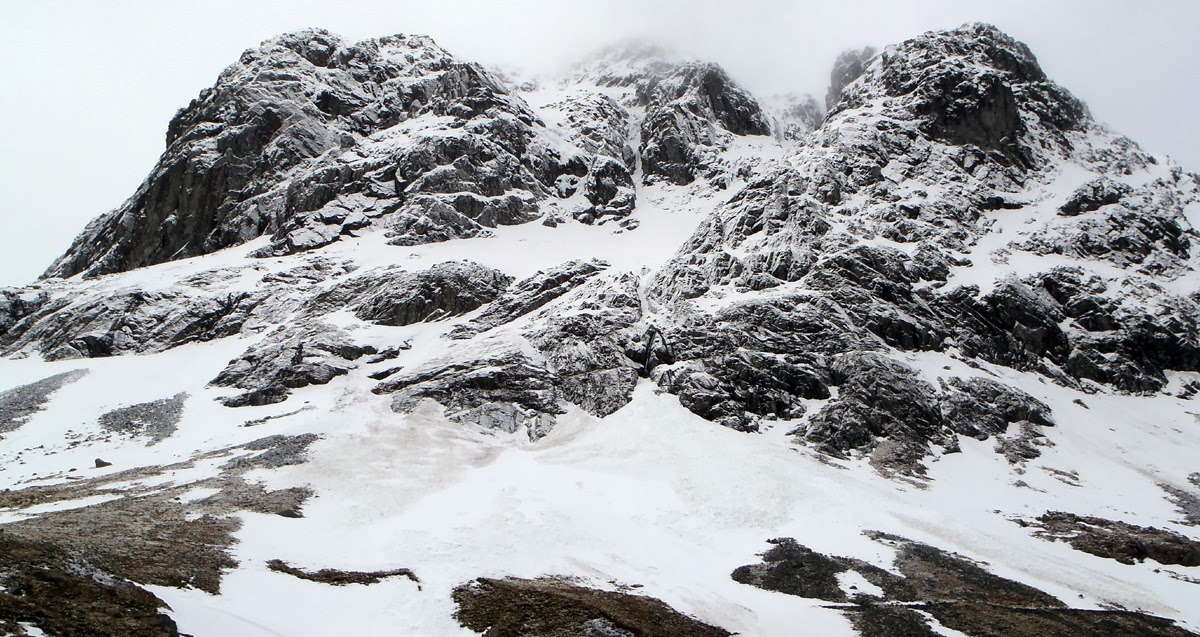 The Fort William Mountain Festival was a brilliant event last week that took up quite a bit of my time. Normal blogging service will resume now that it is all done and dusted for another year.

Yesterday was very wet and warmer than we've had it so far this winter. Consequently some big avalanches released. There were a couple out of the Castle Coire, Number Five Gully and Observatory Gully both released too. It did cool down a little today but not as much as was hoped for. With more fresh snow falling today and soft cornices forming quickly there were a few more avalanches during the day. A big slide down from the Cascade area was observed and another on the Little Brenva Face caught some climbers on the face resulting in some injuries. The snow is not settled yet! 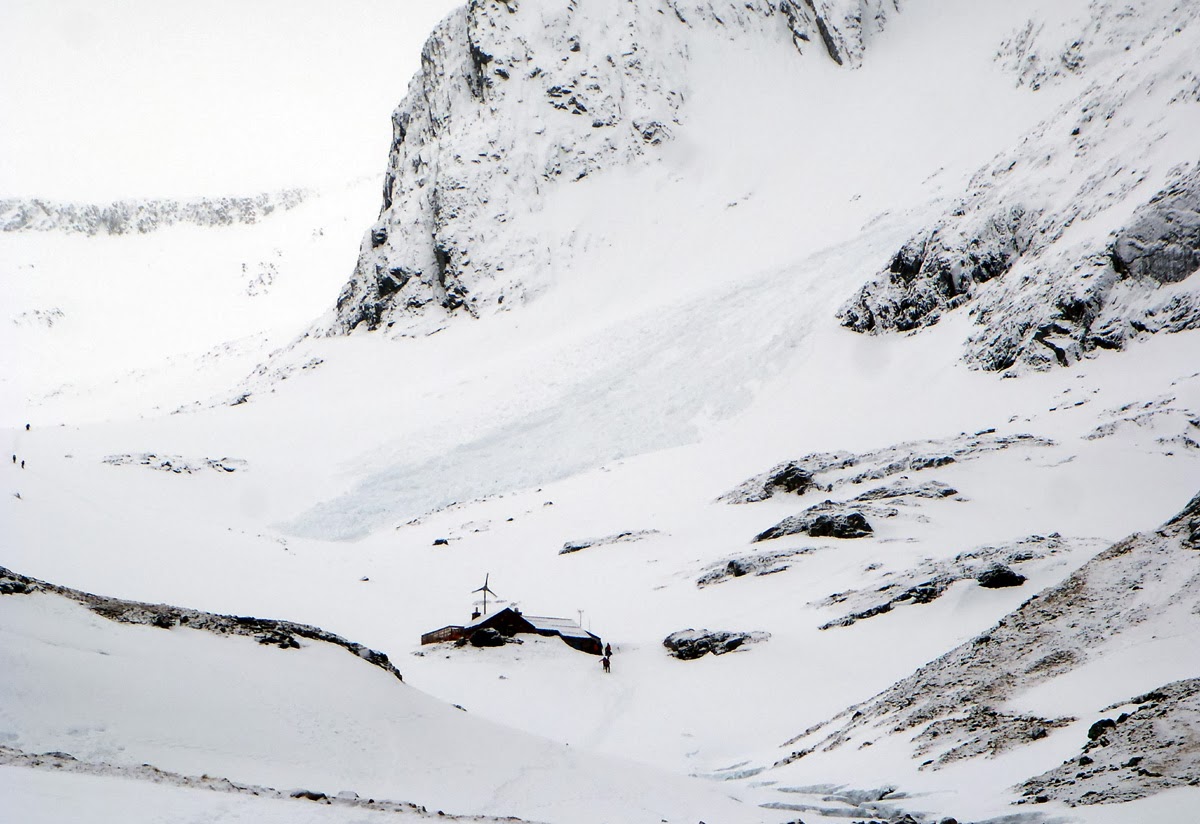 I was very happy to be on a ridge climb today. Tower Ridge made a great climb today for Kieran, Ger and Jim with Louisa and me. The ridge is almost unrecognisable due to the depth of snow on it and I belayed in very different places to those I've used before. Most of it is quite simple but the Great Tower is as tricky as ever. 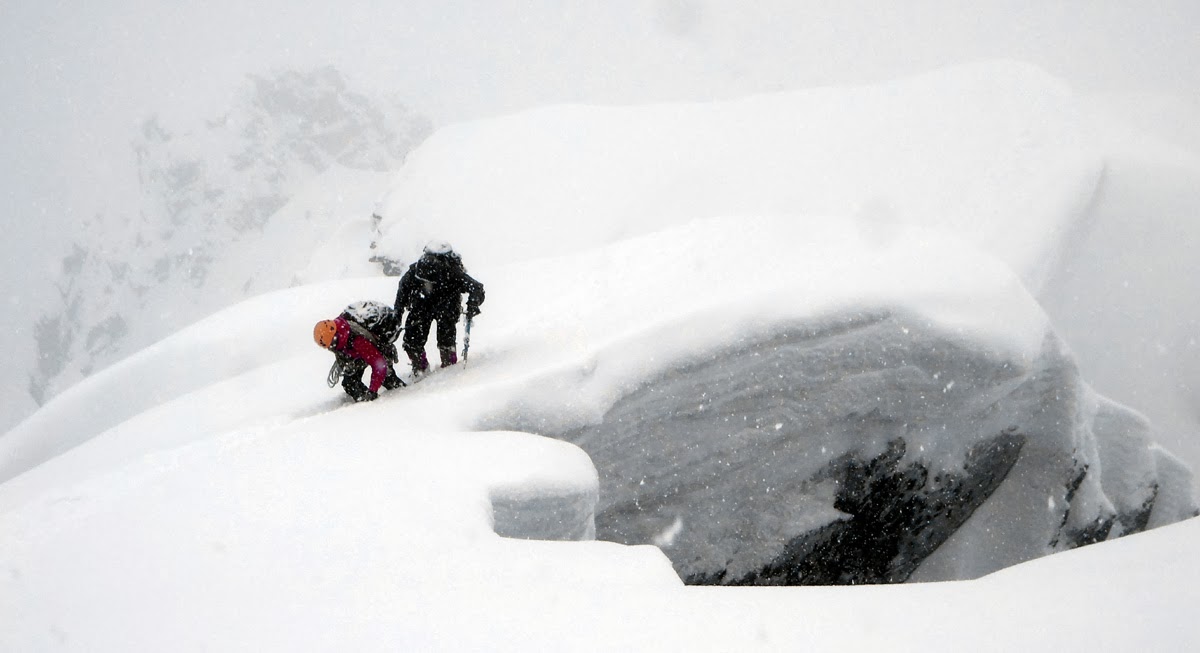 The old snow was frozen on the summit with extra wind chill but the freezing level seemed to be up at about 1300m. The Red Burn is a very easy way down at the moment but even here there are some large blocks of snow that fell off the cornice running up the south edge of the gully. The crossing of the Red Burn on the Pony Track is completely banked out and looks quite intimidating for walkers expecting to follow a trail. It's going to be another breezy week with yet more snow fall. 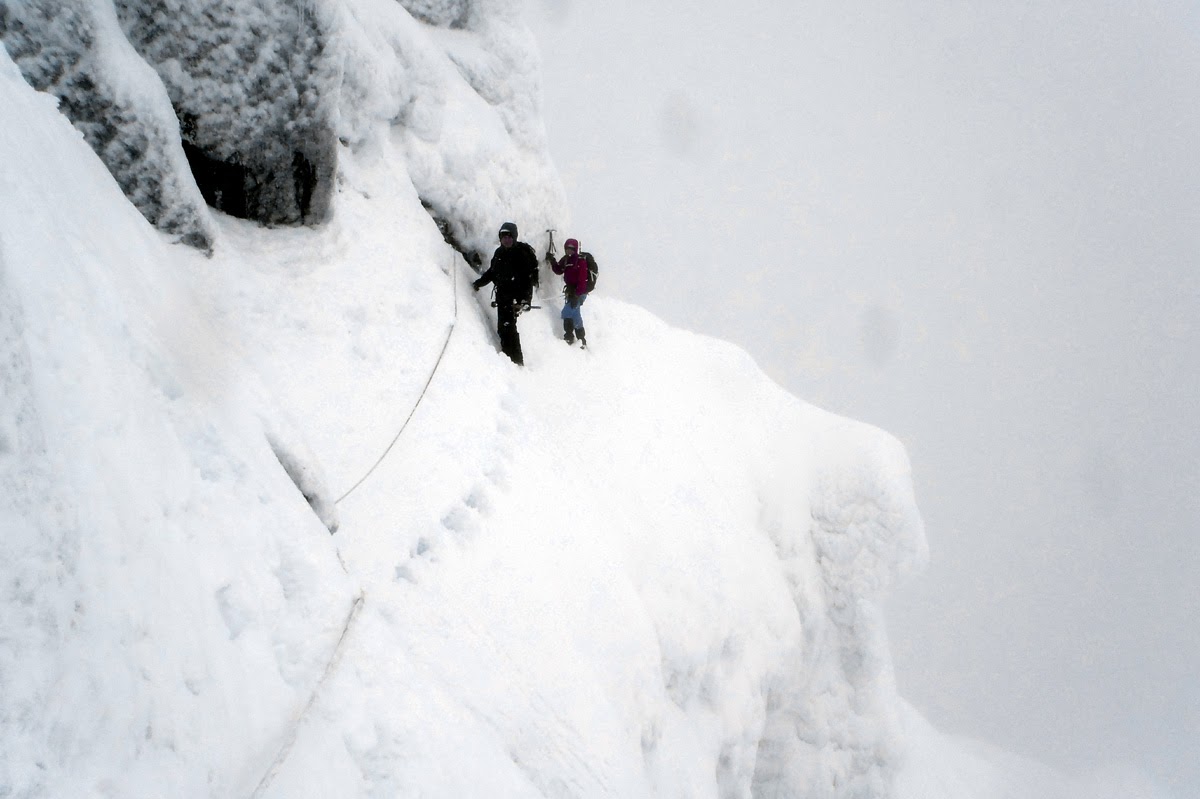