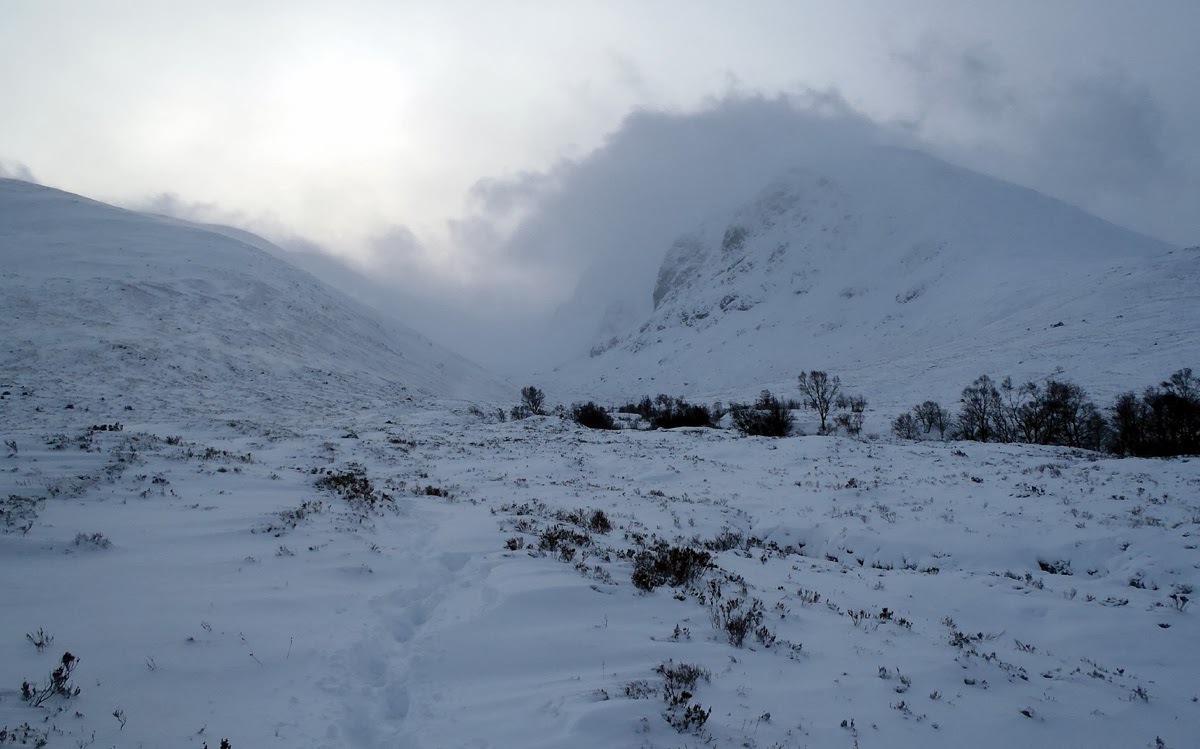 No change in the weather pattern or climbing conditions over the last few days apart from the snow line has descended to sea level! This is the first time this winter that we've had snow down to sea level and we've barely had a frost. However, we've not seen as much snow on the hills for very many years. 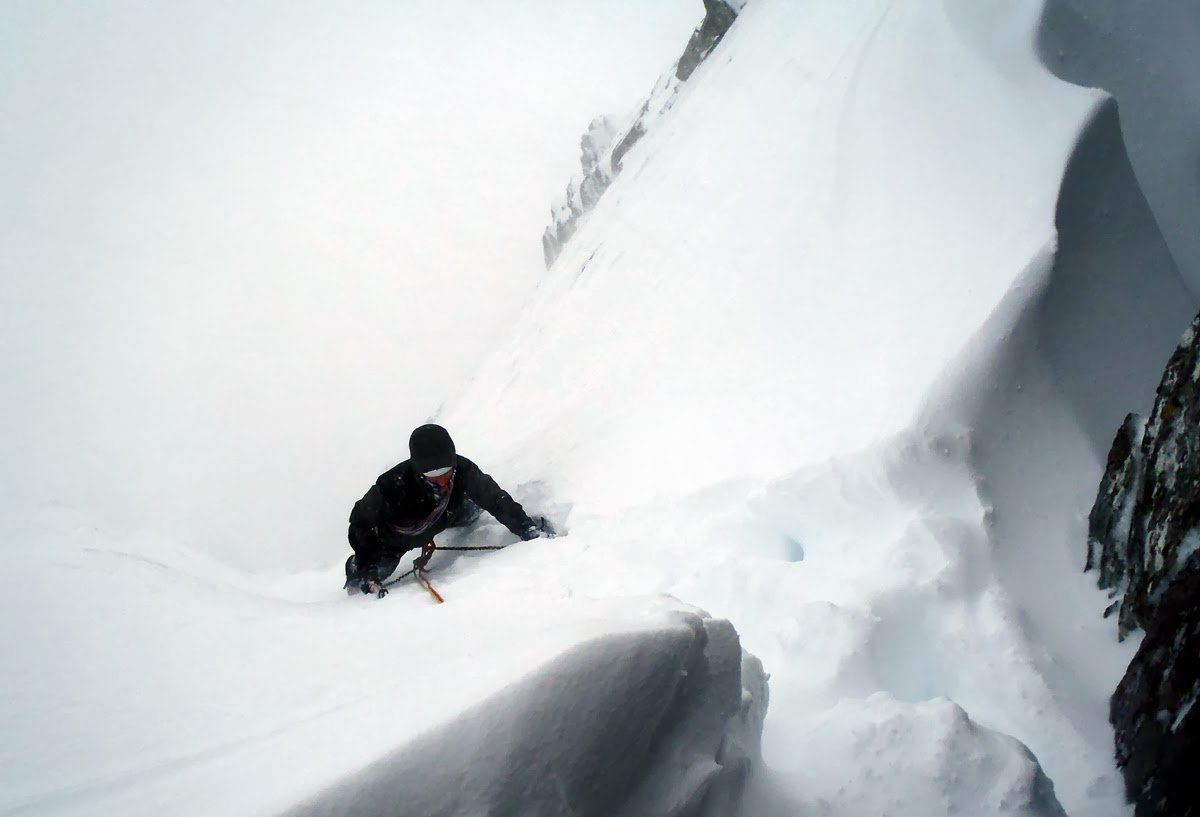 Today Rintje and I went up Ben Nevis. We walked from North Face car park as there is too much snow on the track to drive up in my van. The wind was more from the SE already so we were careful in how we got to the foot of Gutless on Douglas Boulder. The climb was great, the ice nice and the snow quite firm after leaving the chimney. We made the abseil from Douglas Boulder in quite violent gusts of wind and got back down to find Rintje's rucksack had been blown away.

If you find an orange North Face rucksack with only a couple of things in it please let me know. Unfortunately it is probably under quite a lot of snow already.

A brave team went up under Number Five Gully and climbed The Curtain. They said the ice was very nice on the second pitch. They also said they had been avalanched but this is not surprising in a High avalanche hazard! 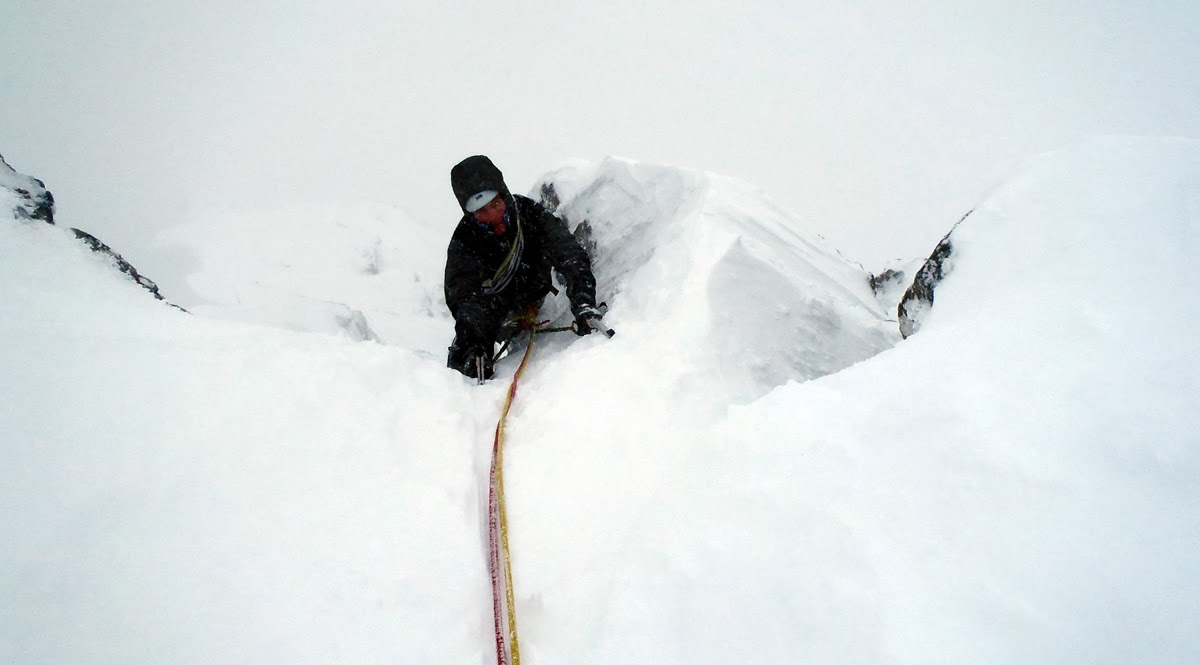