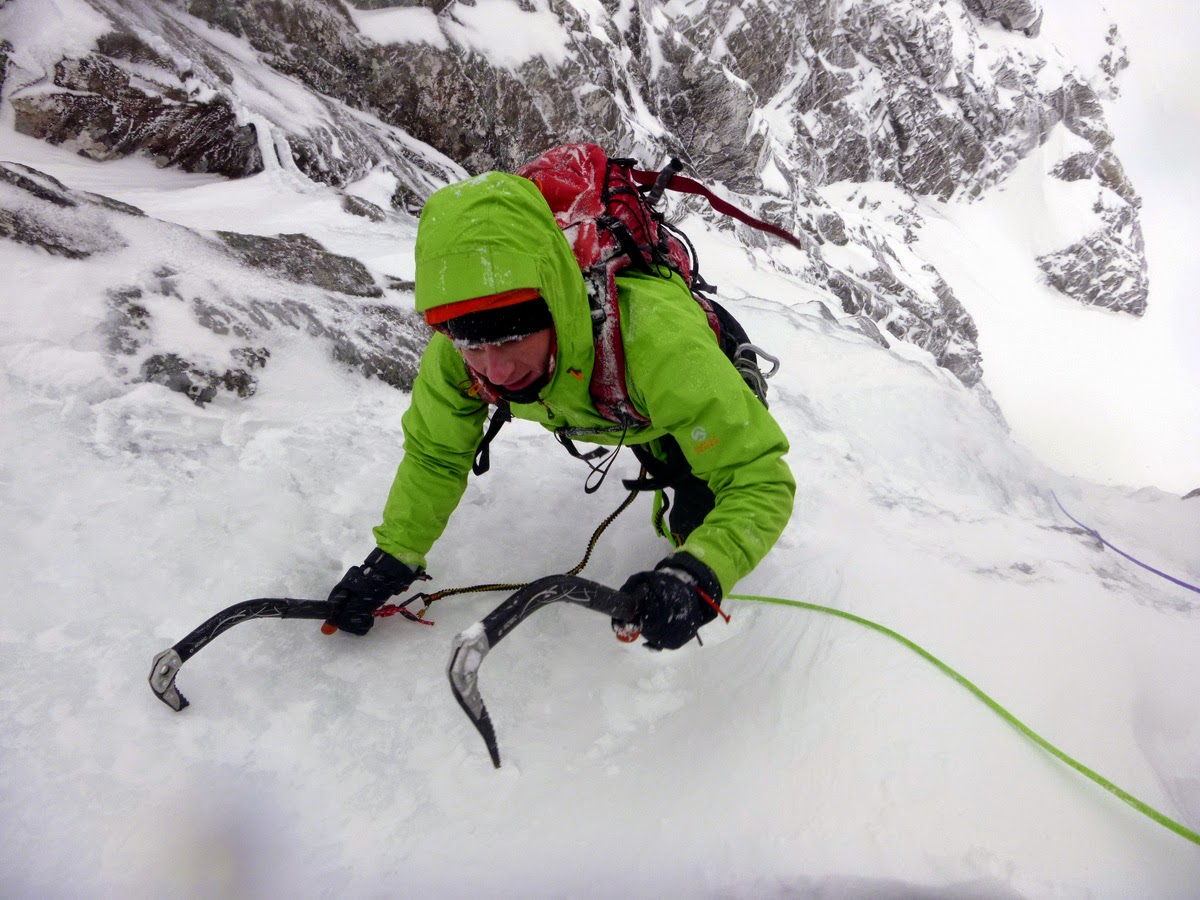 A swirly, whirly day today on Ben Nevis with strong westerly winds blowing lots of fresh snow around. We had fresh snow falling at sea level over night and it continued during the day in showers. There was lots of spindrift and transportation of snow with windslab building up quickly. Andreas, Steve and I decided to go to Minus Two Gully which worked out OK but I was quite careful with the line of the approach to get there safely enough, even though it is a NW facing slope. 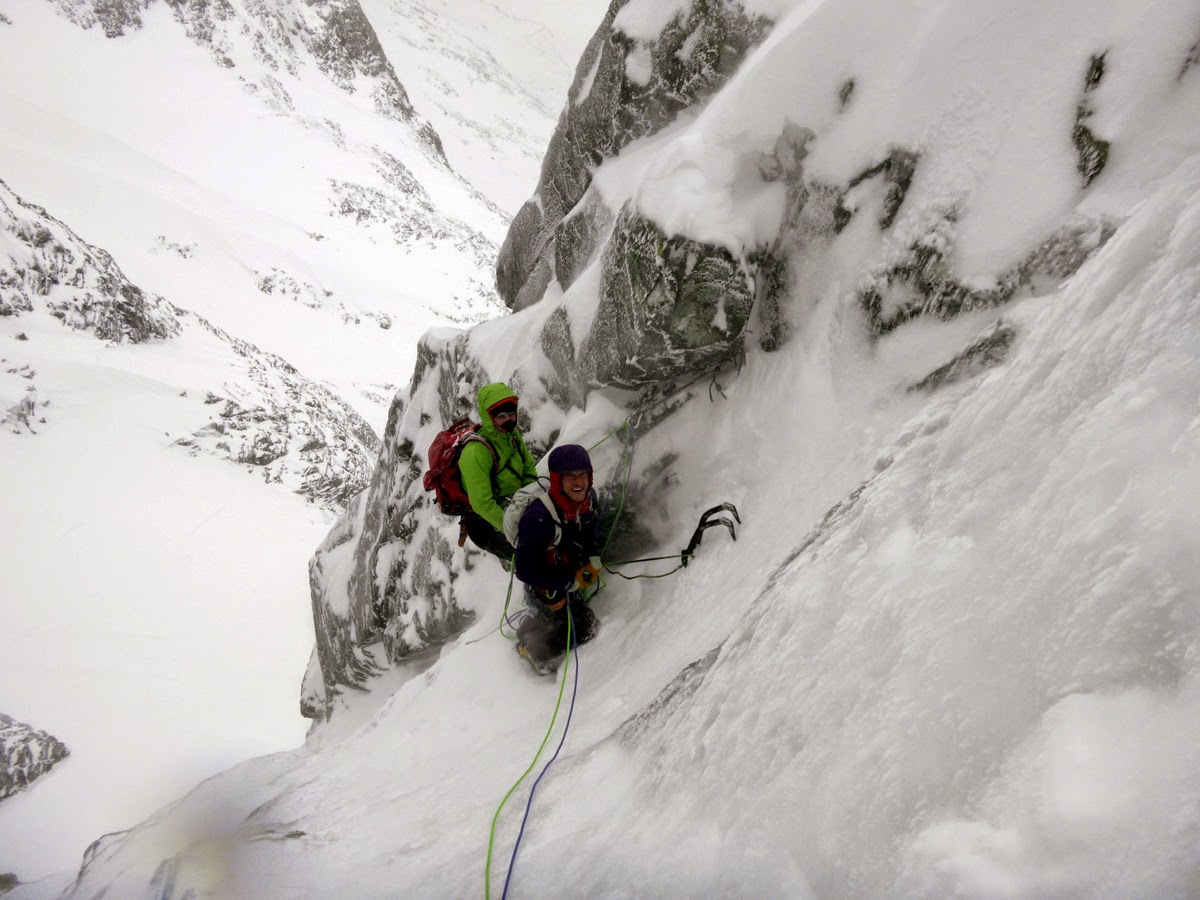 Once we got to the route, the first section looked very thin and patchy. I went up the gully for a few metres before making a couple of steps left into grooves in the slab leading to the fixed belay at 55m. The rest of the route is fat with blue ice and lots of snow. We abseiled down NE Buttress to the First Platform then down Slingsby's Chimney.

The wind was blowing up the gully making our eyebrows rime up quite well. When the wind dropped the spindrift came down the gully! 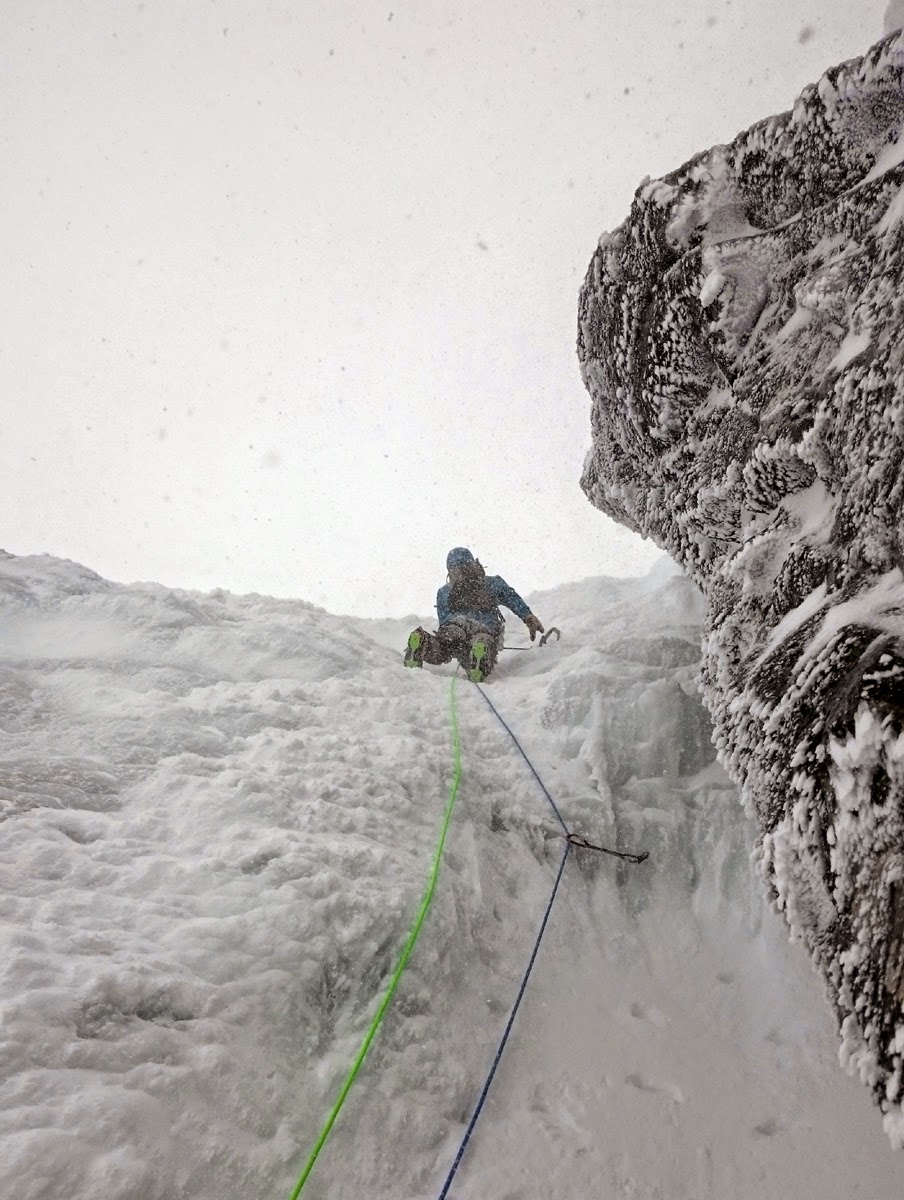 On the descent I triggered a wee slab avalanche on the First Platform and another one at the foot of Slingsby's Chimney. Both were quite obviously going to go and we were not in any danger of being caught up in them but it was quite spooky for a while and we were quite cautious on the way down from the face. I did hear of other people being caught up in powder avalanches today and it was interesting to see that, although it was forecast a considerable avalanche hazard today, it turned out be observed by SAIS as a high hazard. More snow and more wind tomorrow! 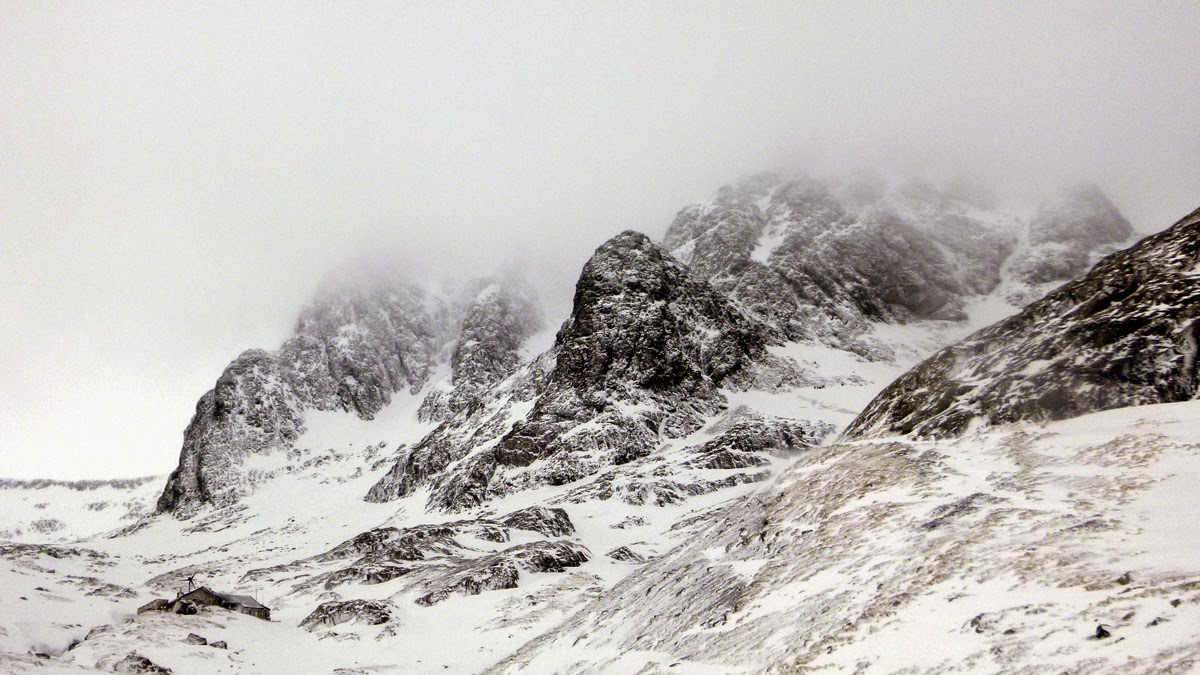