It was nice to be able to see to the top of the crags on Ben Nevis today to see what ice is left on the climbs. There is still quite a lot to climb but in the continuing thaw you need to be quite careful with your route choice. There is random and unpredictable rock and ice fall caused by the snow melt. David and I chose Central Gully Right Hand and it worked out OK. The ice on the route gave us some very nice climbing. The pitches below the gully were a bit mixed (hollow ice, mushy snow, moss on slopy rocks) and the cornice was bigger than it looked from the coire floor! Me managed to escape on the right though. 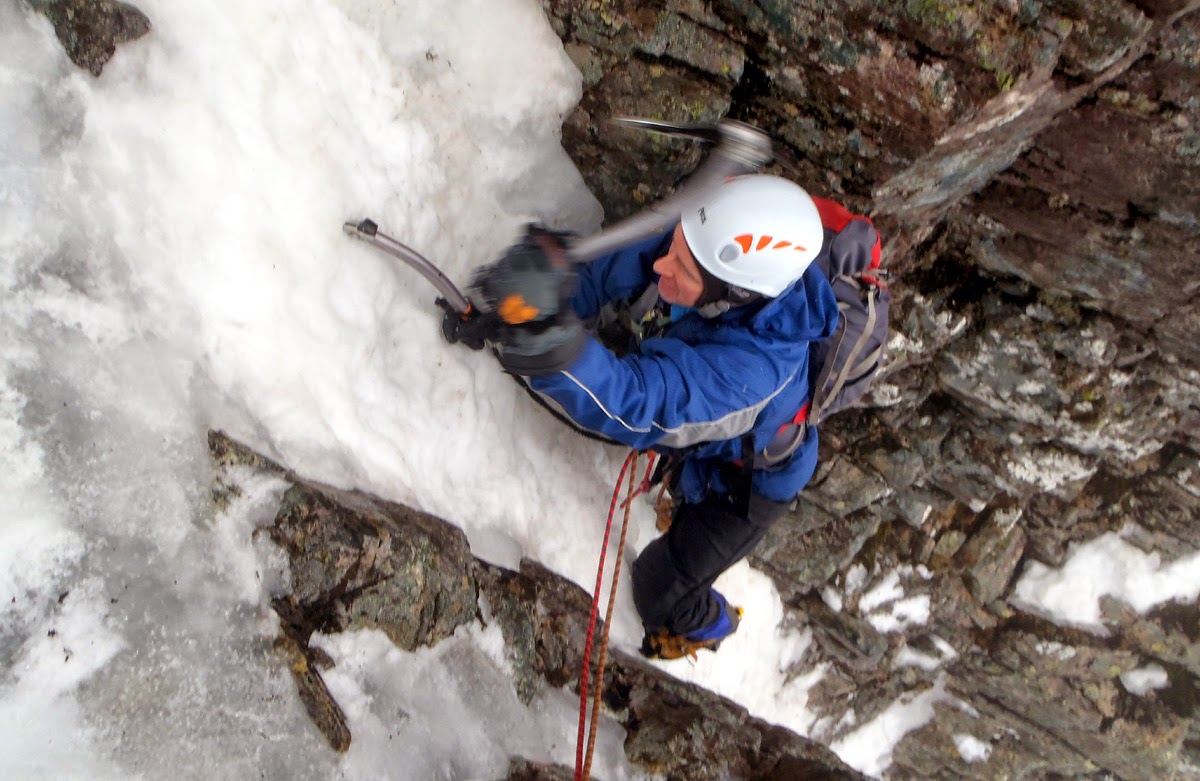 It looks like Orion Direct, Hadrian's Wall, Point Five Gully, Indicator Wall, Smith's Route and some other big routes are all still fully iced up. Much of this ice will be detached from the rock though and a refreeze will be needed to stick it back onto the rocks. The Cascade looks fat and blue still and there is lots of ice on the Upper Cascades but some cornices too.The great ridges now have some useful bits of rock sticking out of the snow. Tower Ridge has snow in the Douglas Gap gullies but the awkward groove out of the gap and along the first few metres of the ridge are on rock. The bulk of the ridge is still on deep snow and the crux up The Great Tower is quite icy. Tower Gap is snow free. Very nice Spring conditions with useful rock and good solid snow.Castle Ridge has no snow on it to speak of. Observatory Ridge is clear of snow in the bottom third and NE Buttress is about half and half. Ledge Route is still fairly continuous snow.The great gullies are of course very well filled in and Number Three, Number Four and Number Five Gullies look passable. Some large cornices still exist but generally they look much more stable. 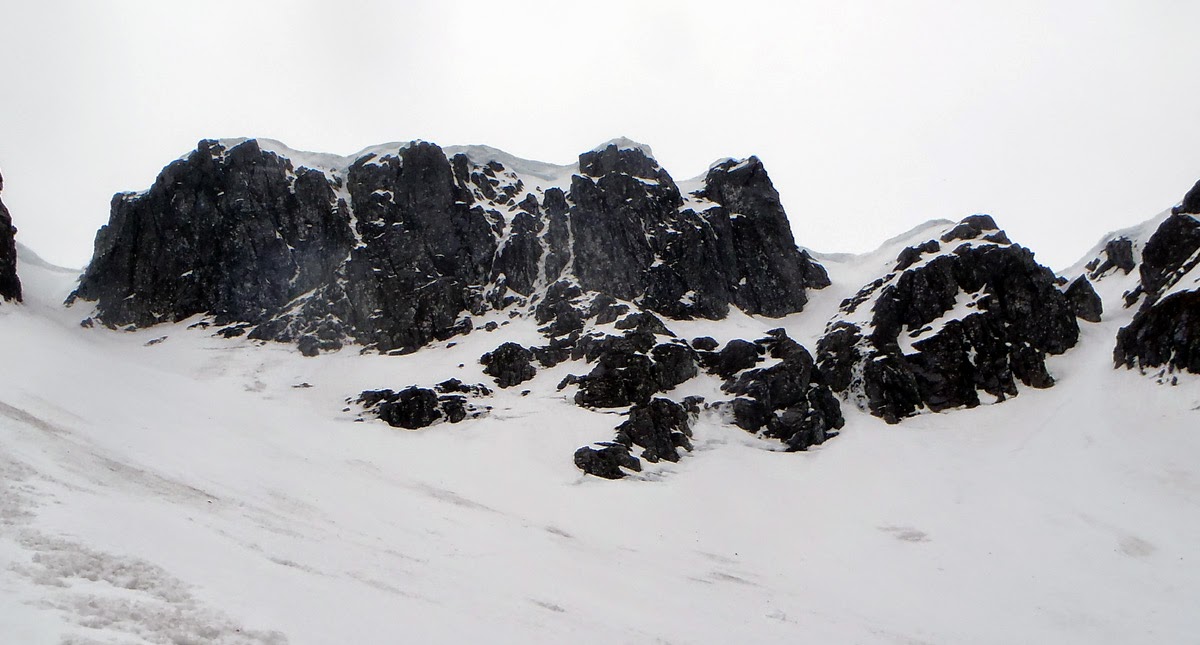 Snow cover starts generally at around 700m and is extensive still. On the Pony Track there are big patches of snow from the Red Burn up the way. In fact the Red Burn is still very well banked out on the south side and it looks quite daunting when you first see it. Snow patches are crossed until 1000m where there is continuous snow cover to the summit. The trig point is still half buried and many of the cairns are under the snow.Carn Mor Dearg Arete has some nice sections of snow crest and some sections of rock too.Most importantly, the conditions for the bum slide down the Red Burn are excellent! 400m descent in about 30 seconds all the way to the Pony Track. 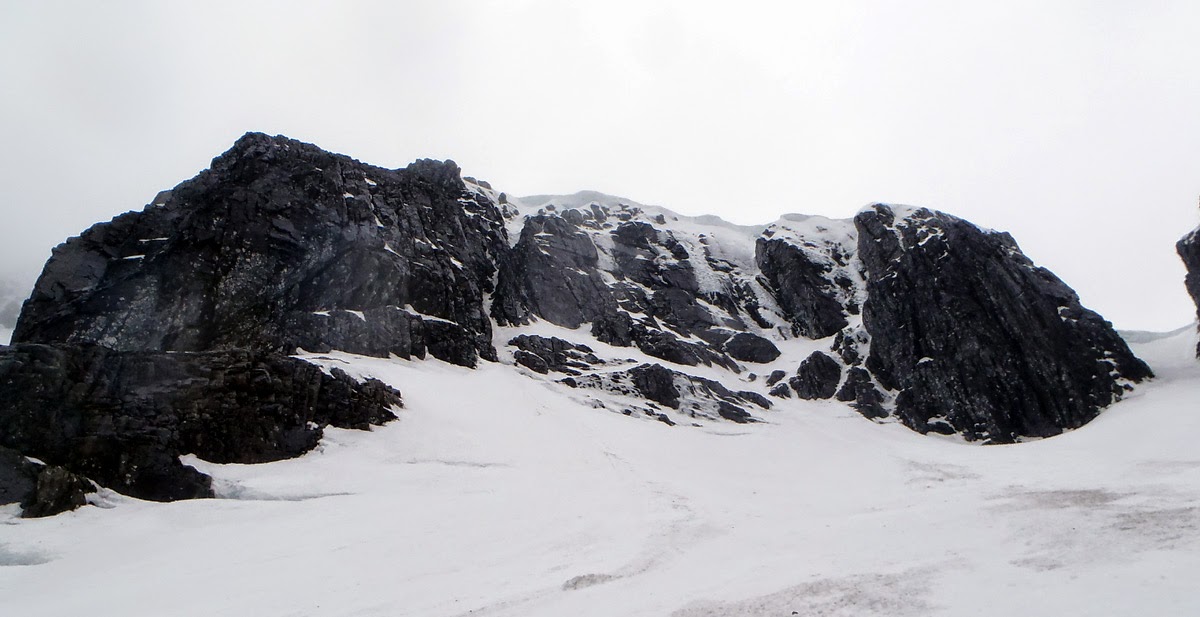