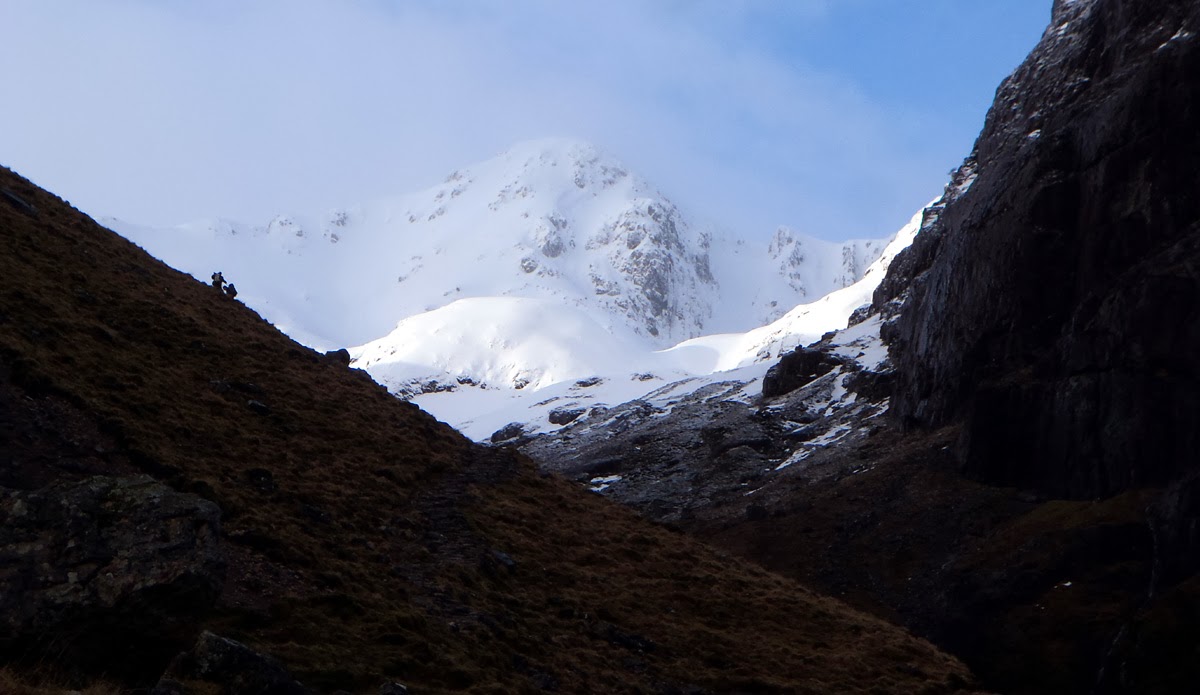 Despite the forecast, today was a very pleasant day. Bryn and I walked up to Coire nan Lochan in sunshine surrounded by deer and buzzards. Snow capped peaks and blue sky set it of very nicely. There were a few showers during the day but over all it was very nice. 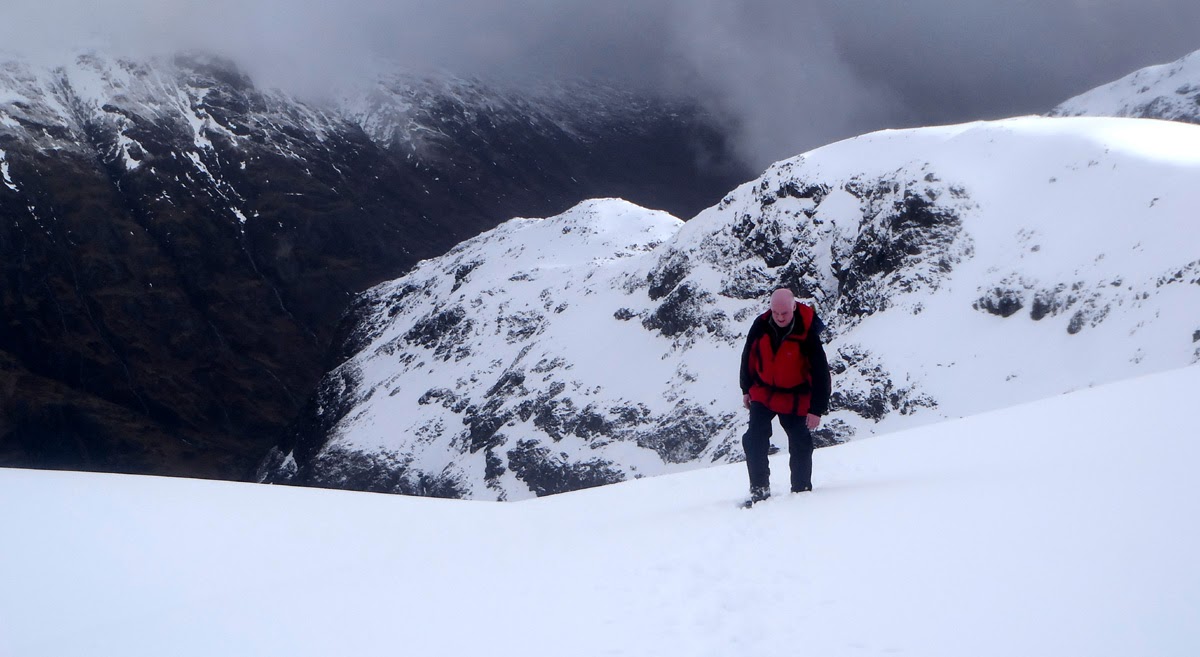 The temperature did rise during the day so the snow was wet of sloppy. We had another fall of fresh snow last night to fill in the gaps! Raeburn's Route on central Buttress has some firm snow though and the climbing was good. The rocks are less covered now after a few warmer days so finding protection is slightly easier.

With the slight thaw the snow felt a bit precarious and the ice was falling off the rocks. All the routes looked quite white and you could have done some mixed climbing today but most people were climbing the easier ridges; Dorsal Arete, Boomerang Arete and Raeburn's Route. The forecast for the weekend looks promising - there is a chance that this wet snow will freeze into the crispy snow-ice we've been dreaming of all winter so far! 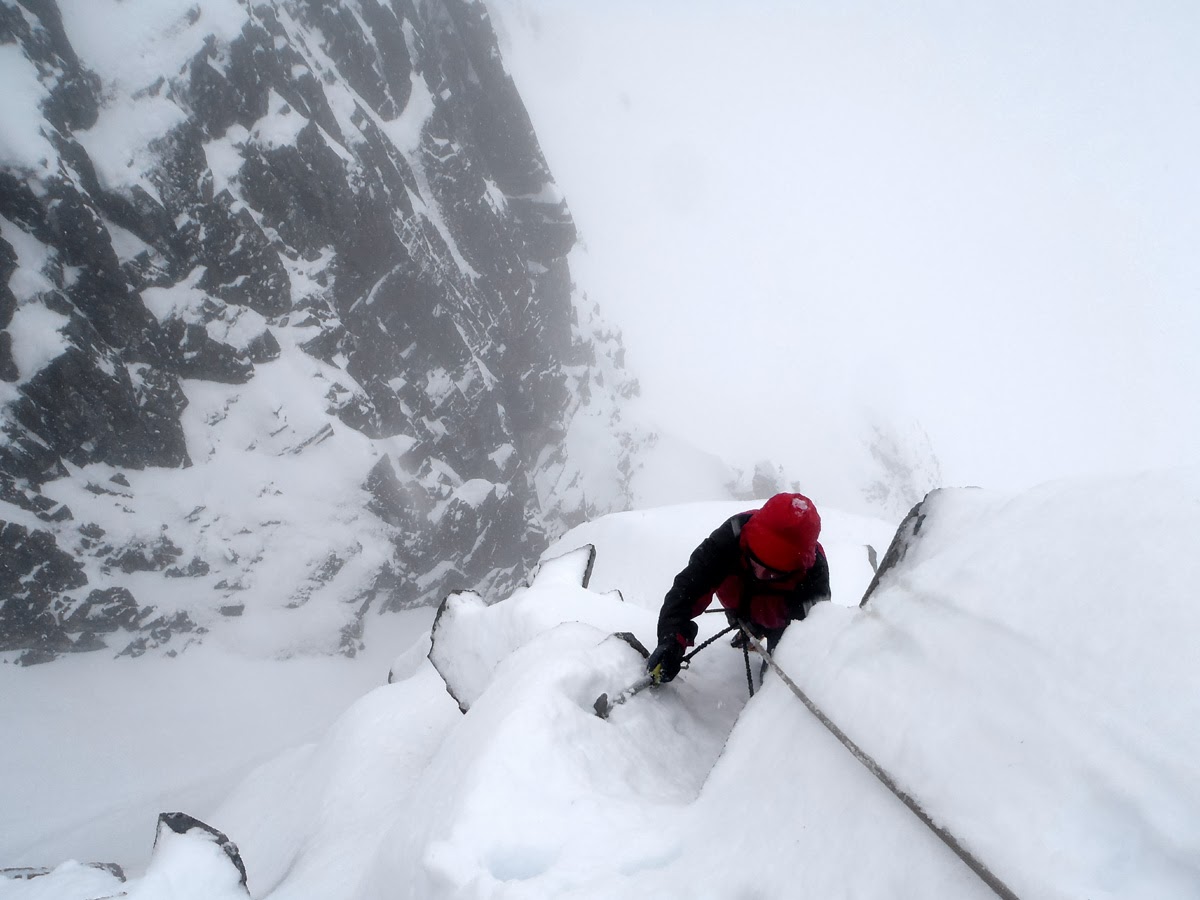