Brilliant weather and great climbing today for Mike and me on Ben Nevis. It's been a while since Mike has been out climbing but with what he's been through it was great to share such a good day with him on his return to climbing. 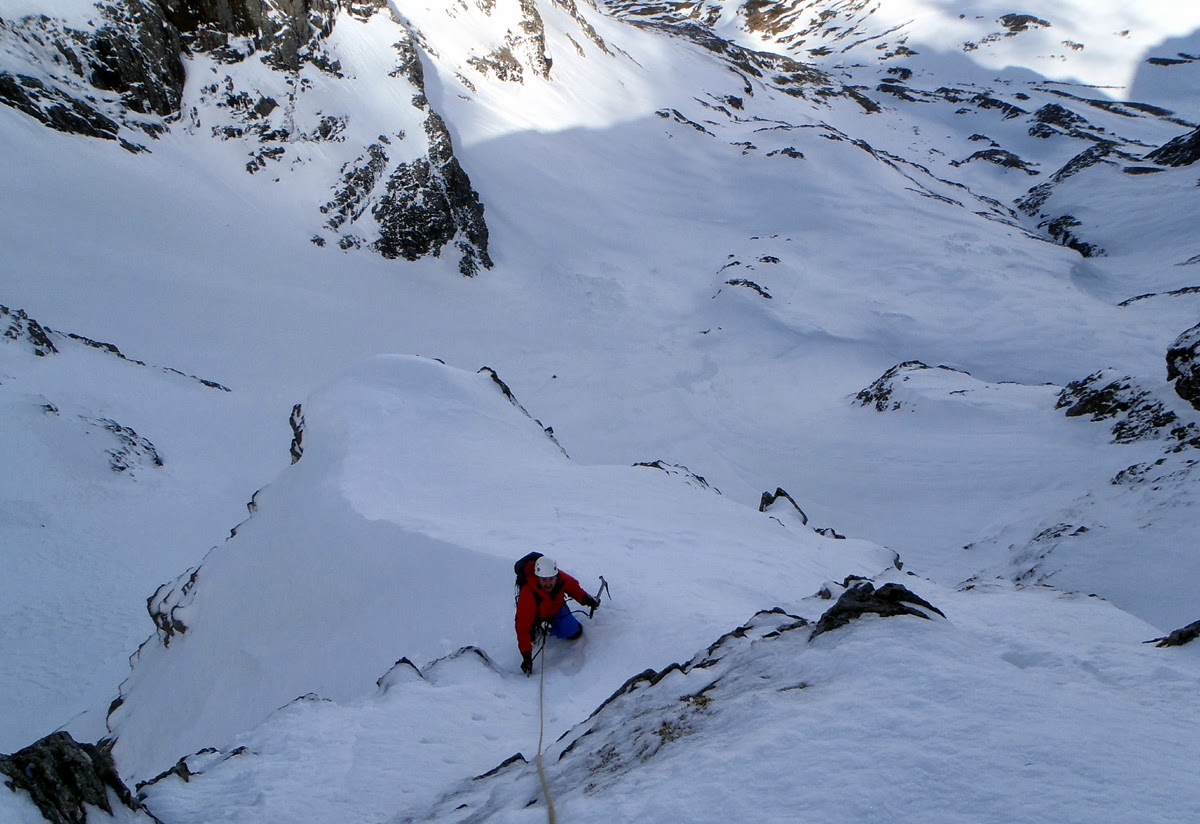 The clouds did not clear last night so there was no frost and the snow low down was quite soft and wet still. Higher up it was cold enough though and on Thompson's Route the ice was great for climbing. It was dripping a little still but really not much. The last pitch was on perfect snow and ice. On top we soaked up the warm sunshine and admired the view before enjoying the best slide down the Red Burn I've had for a while. A top day. 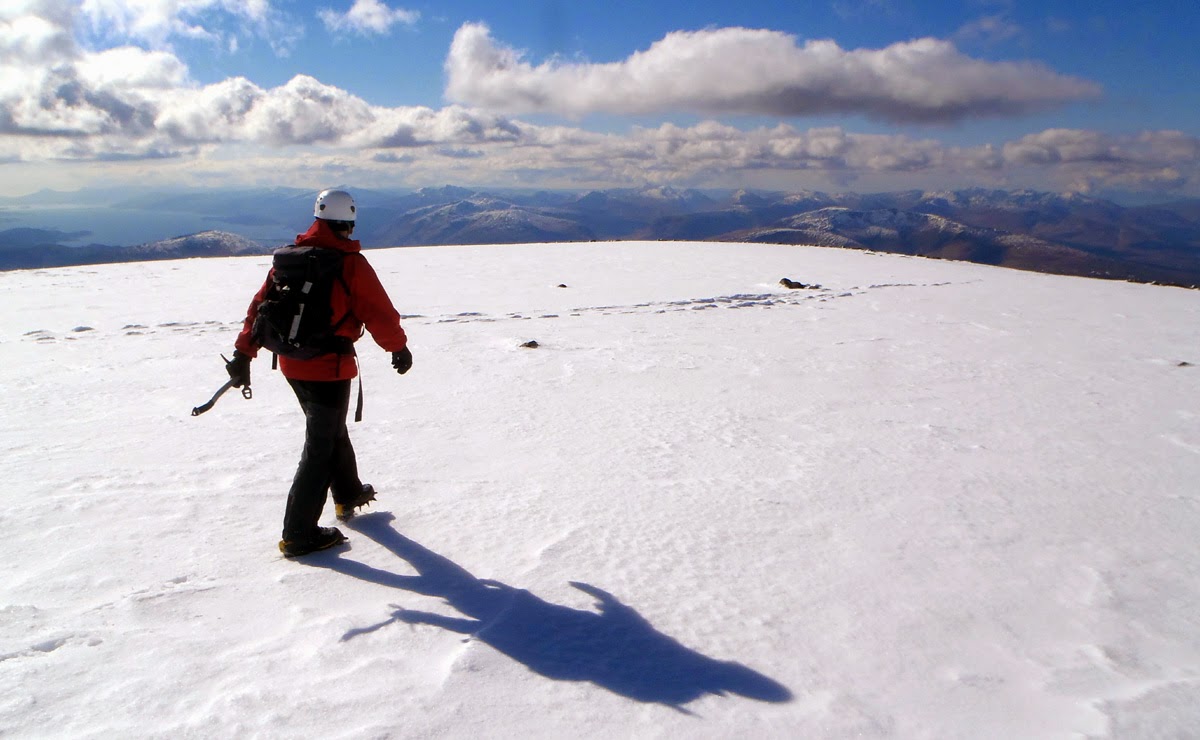 There were not many other people out and the Orion Face was empty. Big cornices still threaten the climbs from Hadrian's Wall Direct to Point Five Gully which is a shame because it looks like Nemesis is iced up. Dave, Ezra and Arlo had fun and enjoyed the sunshine on NE Buttress. 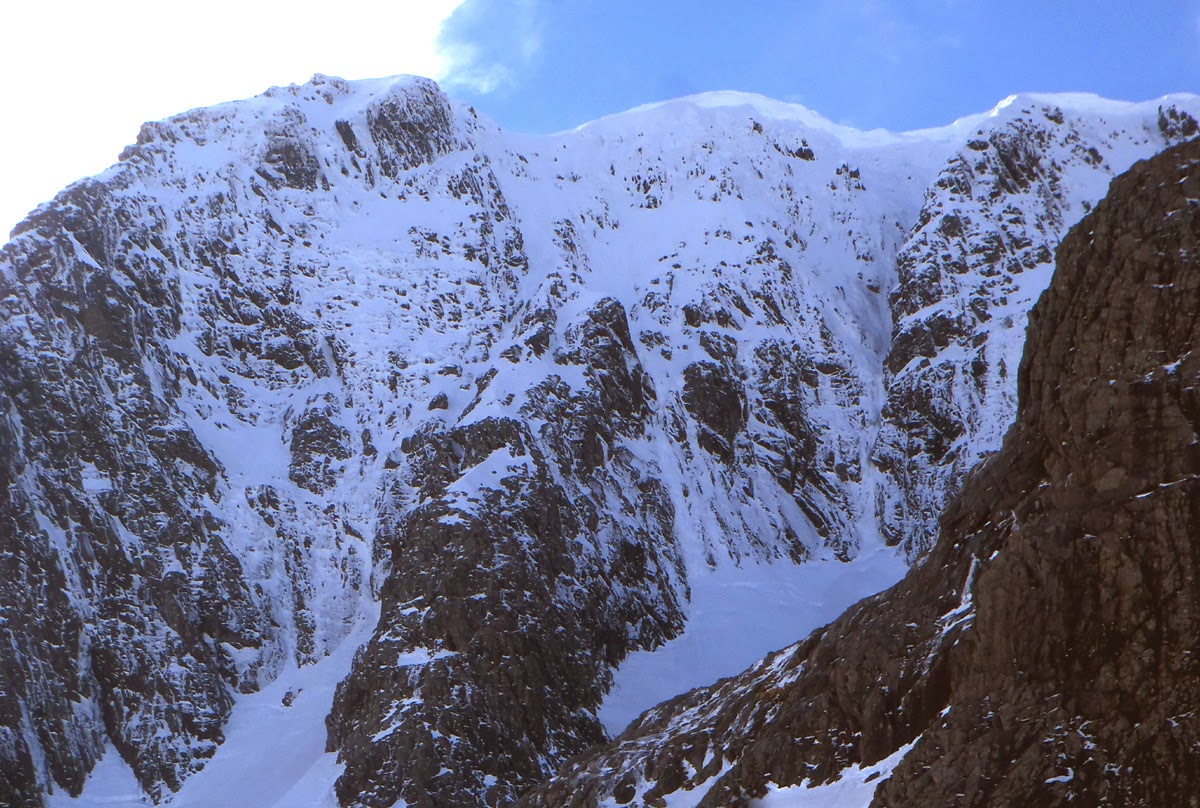 There are cornices above the cascades still and many of the gullies on Number Three Gully Buttress and Creag Coire na Ciste. They are reasonably stable but you would not want one to fall off while you are underneath due to their size. 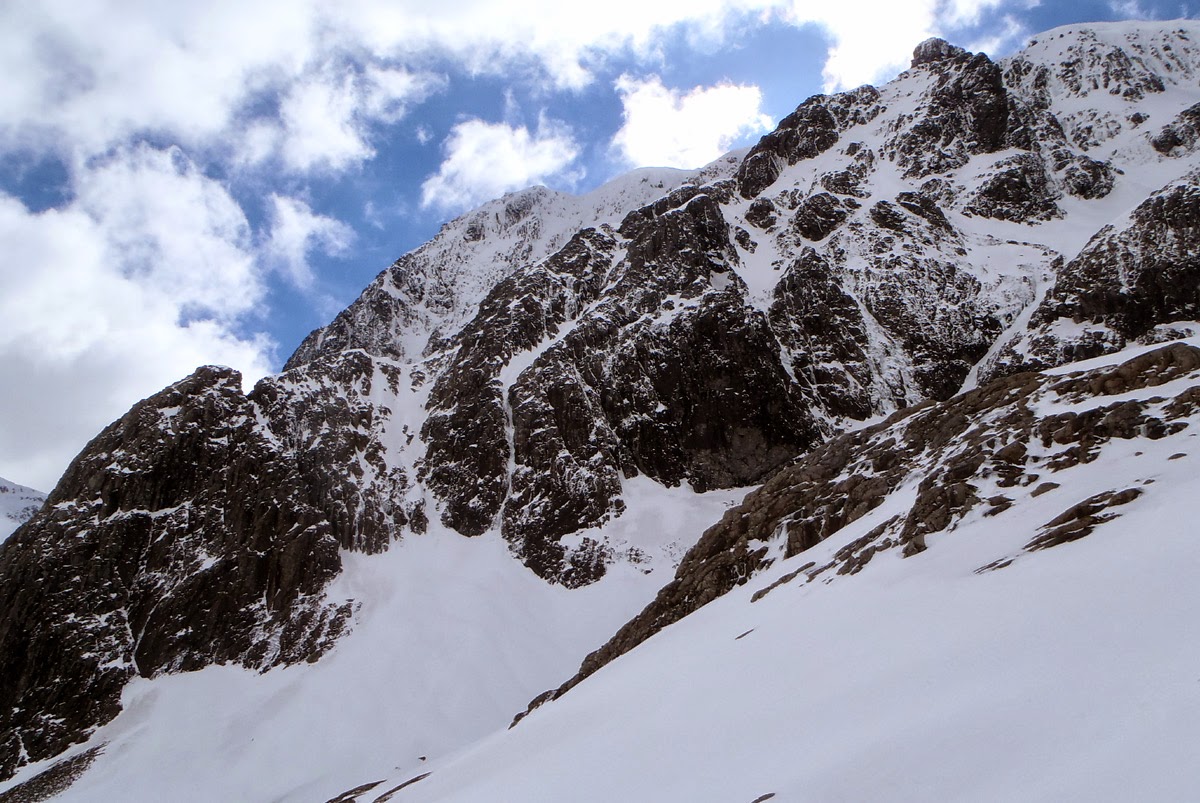 Vanishing Gully is complete but thin and probably a bit cruddy. Italian Right Hand was climbed today and looked good. Tower Ridge also had a few ascents as did Gremlins. 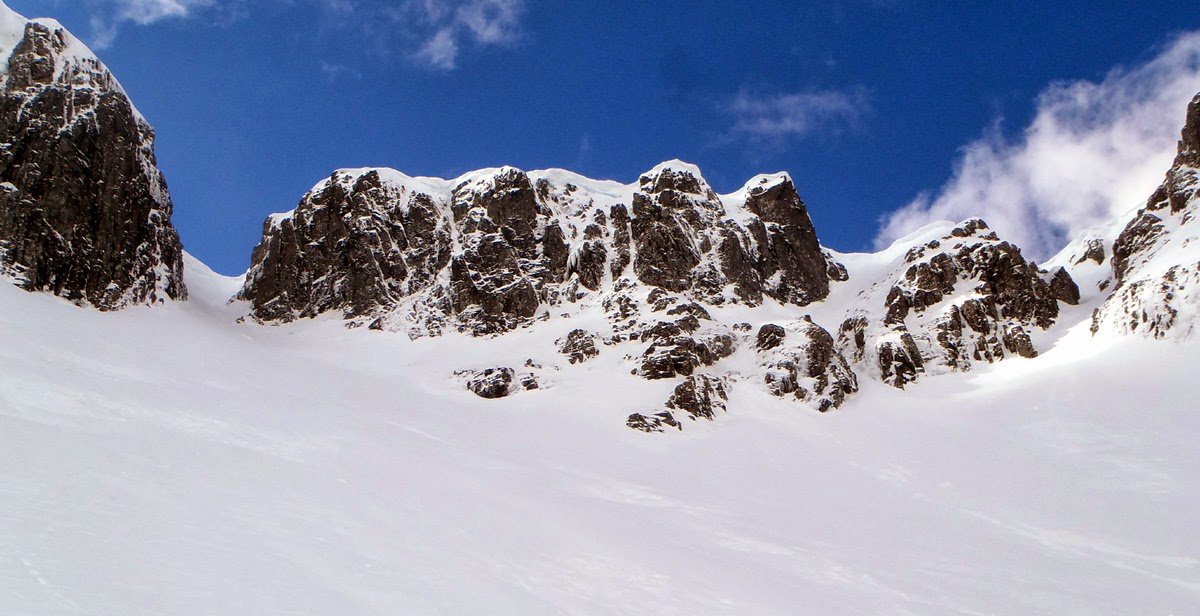