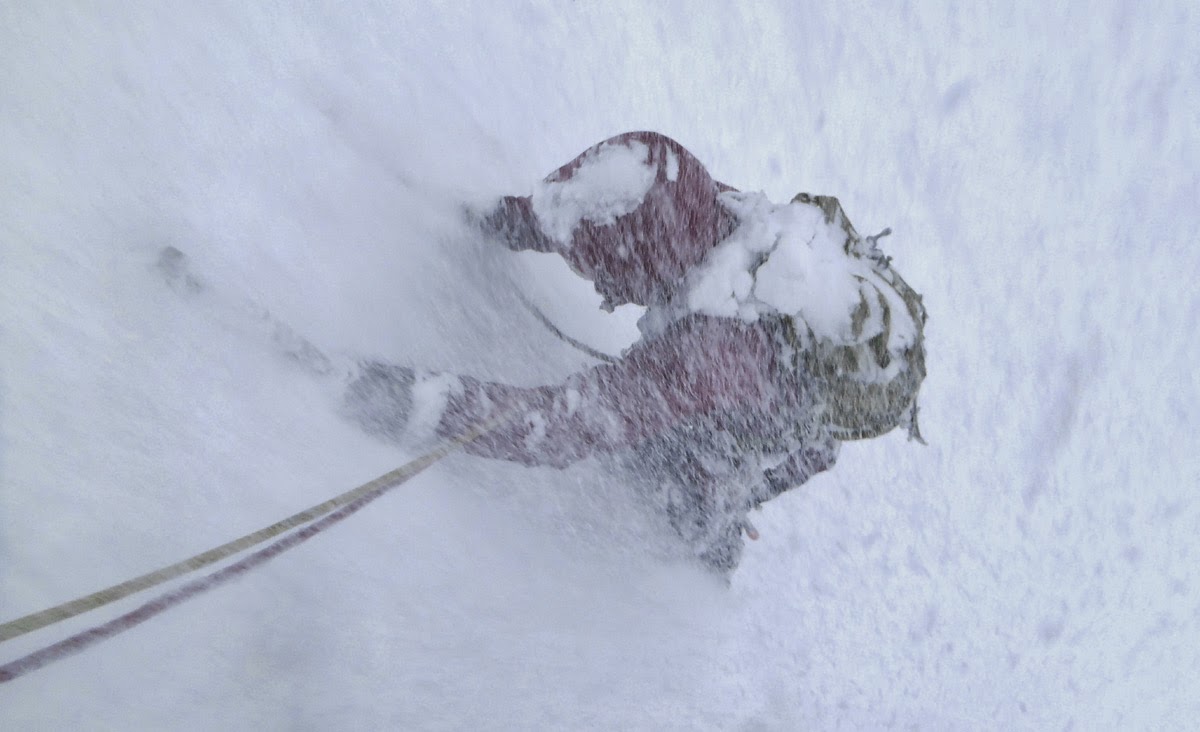 A perfect Scottish winter day today full of harsh weather, decisions, challenging climbing, harsh weather, avalanches, navigation and harsh weather with a little sunshine right at the end! Claire and I walked up to the CIC Hut on Ben Nevis in the rain with the tops just starting to get some fresh snow fall on them. The teams in the hut were not in a rush to get going with the forecast being for an improvement later on. We were tempted to follow the French to climb NE Buttress but the wind was still swirling around quite a lot so we went in to Coire na Ciste instead. 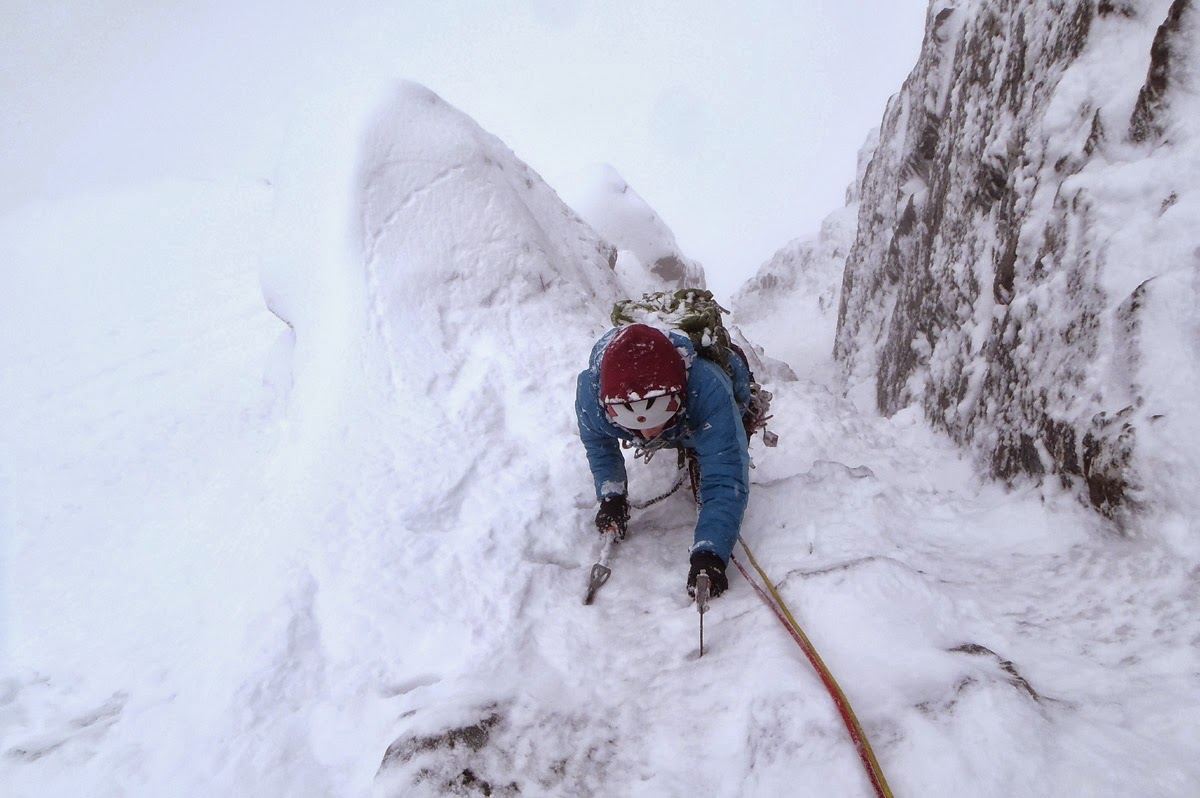 We climbed Thompson's Route which is a great snowy mixed route. The old snow had not yet frozen at the bottom and there was lots of spindrift but we persevered and were rewarded with a great climb. The snow on the last few metres was re-freezing well already and with a cold spell coming I think there will be lots of great climbing to enjoy.

From what I could see Orion Direct and Zero Gully are still complete but the Minus Gullies are washed out. Hadrians Wall is very fat still as well as Smith's Route. Observatory Buttress, Tower Scoop and the Tower Cascades were climbed today. The ice routes on the flank of Tower Ridge are no longer there but higher up there is still lots of ice. Gremlins looks excellent and is not often formed. Generally the cornices appear to be smaller and more stable however I certainly did not see all of them. It would be tricky climbing out of Number Three Gully but I don't think much more of the cornice will fall off in the cold weather over the next few days. 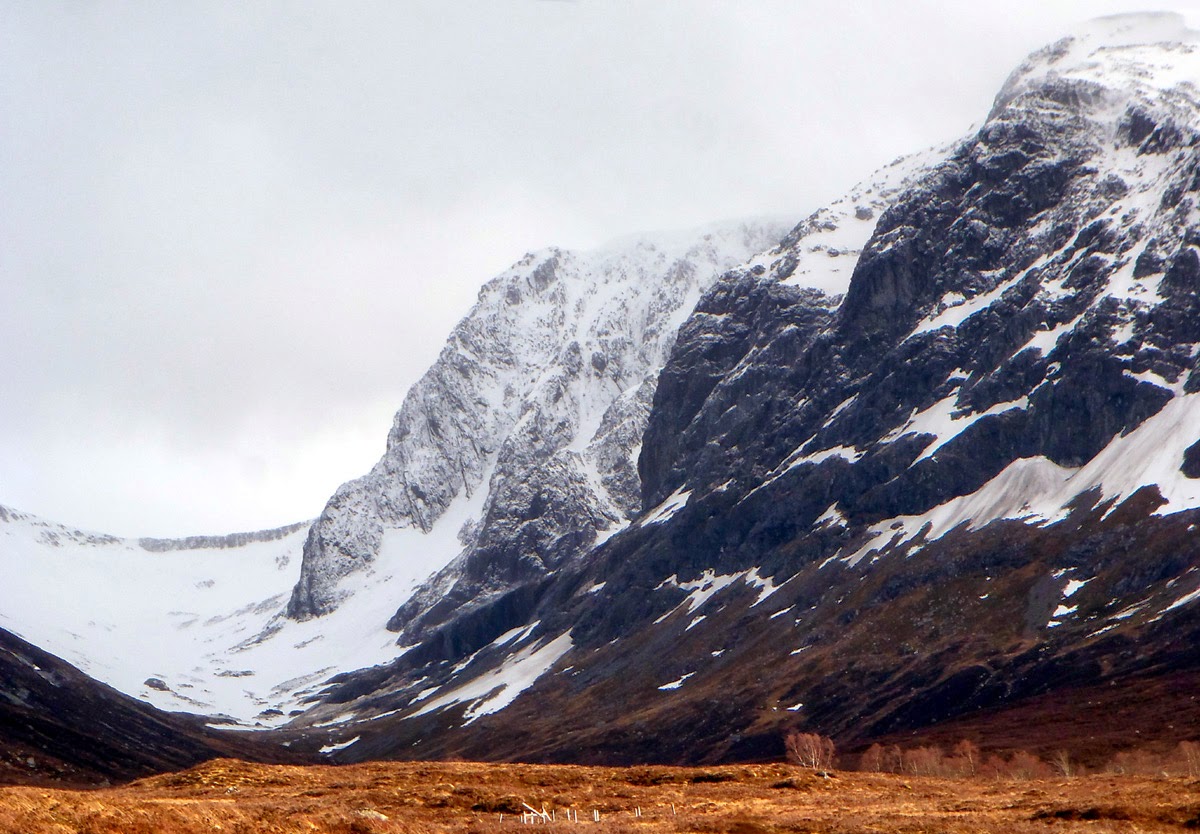