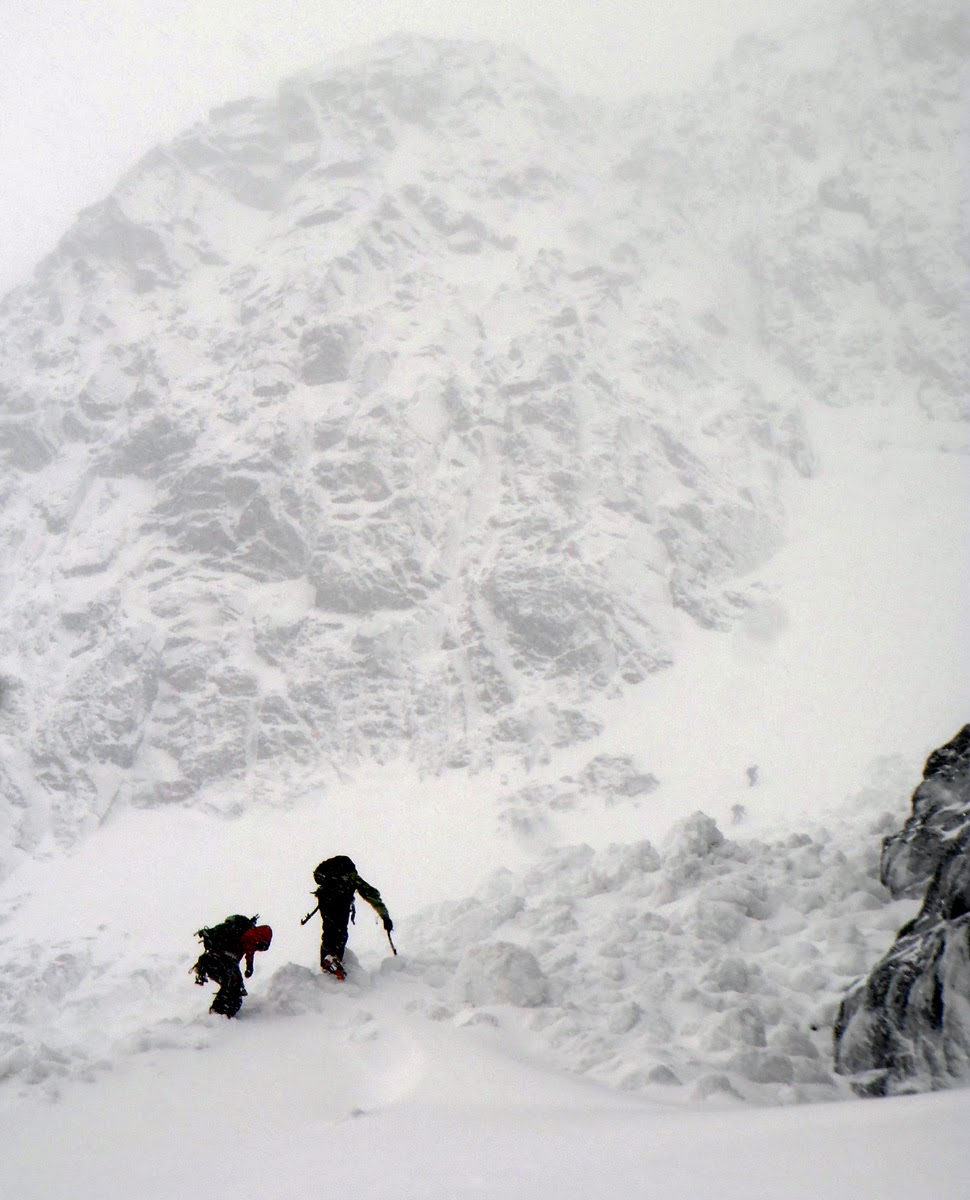 Another challenging day on Ben Nevis! Claire and I walked up the Allt a'Mhuilinn with big plans and a rack of ice screws for Orion Direct. When it started snowing once we got to the CIC Hut we started to have doubts. It continued to snow so by the time we got to the bowl under the Minus Face we swithered a bit then changed plans completely. Two teams went up Slingsby's Chimney heading for NE Buttress by the look of it. 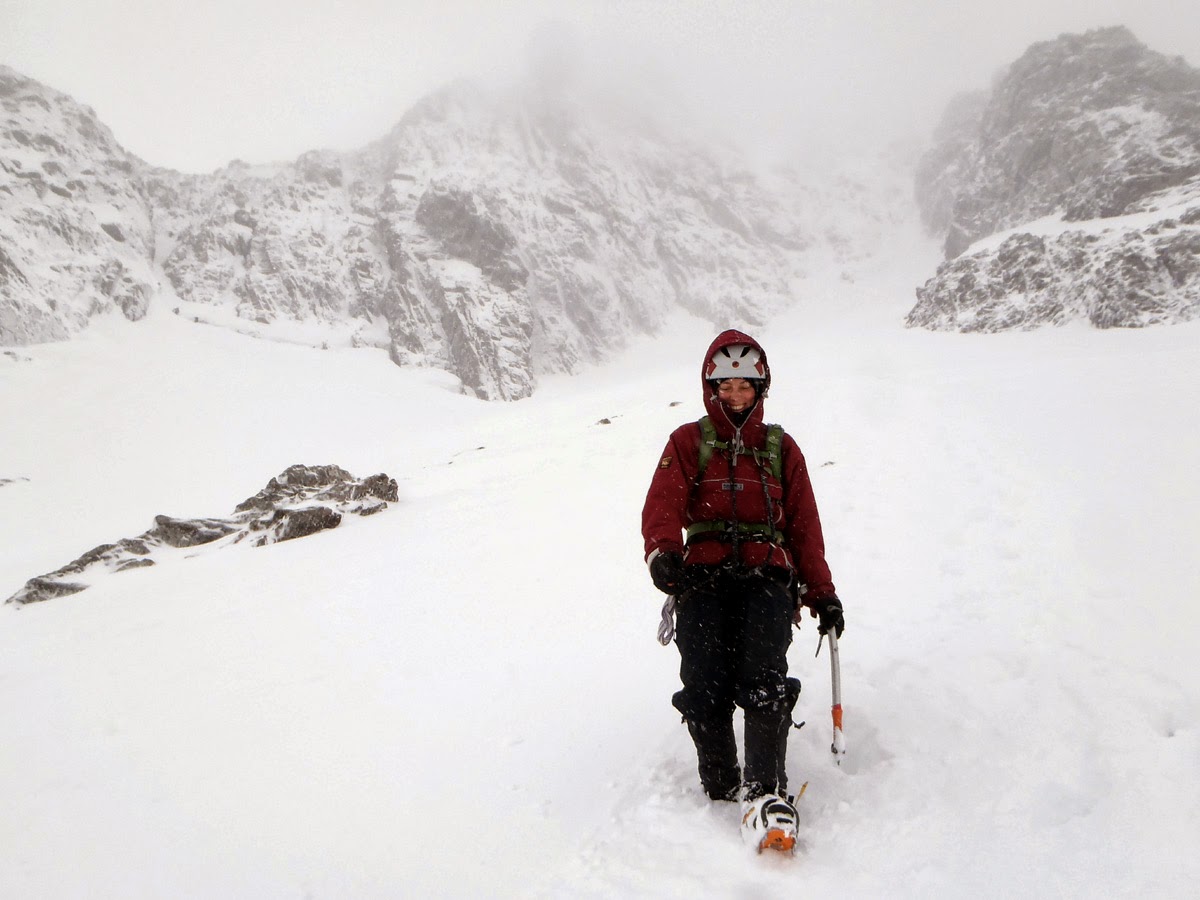 We went back round into Coire na Ciste heading for Mercury, a great looking route next to Green Gully that looked to be iced up yesterday. We approached this from the bottom left side of The Comb by a steep snow slope of firm neve. Unfortunately Mercury was made of cruddy ice not well frozen to the rocks and coming away in big chunks. We climbed a pitch up to the right of Green Gully (which looks fantastic). 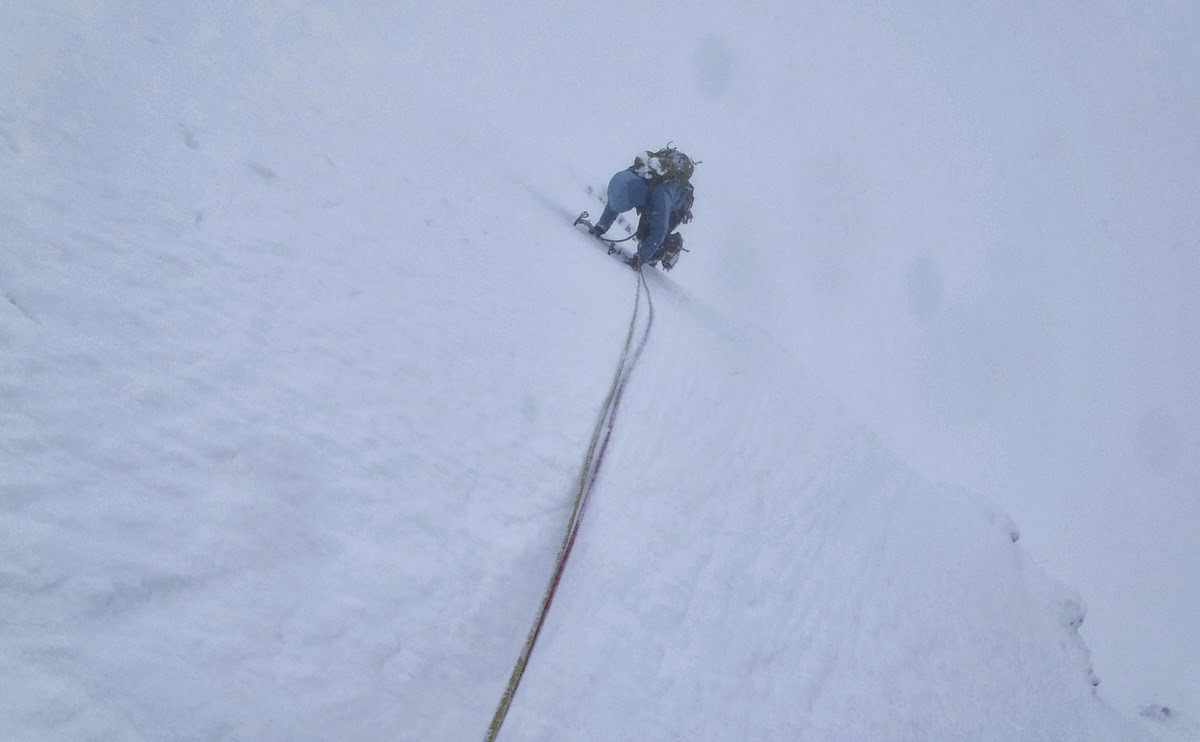 By this time there were several large avalanches going off including from Number Four Gully, Number Three Gully and from above Two Step Corner. We took this as a hint and abseiled off! The slope under Green Gully had 40cm fresh wind slab on a weak layer. Blocks one metre across were releasing once isolated! So we descended with some care and got down as quickly as we could! Ben Nevis 1 - Team Abacus 0. An excellent learning day and although we did not climb anything we made good decisions and came away satisfied. Altogether a great and challenging week of climbing with Claire. 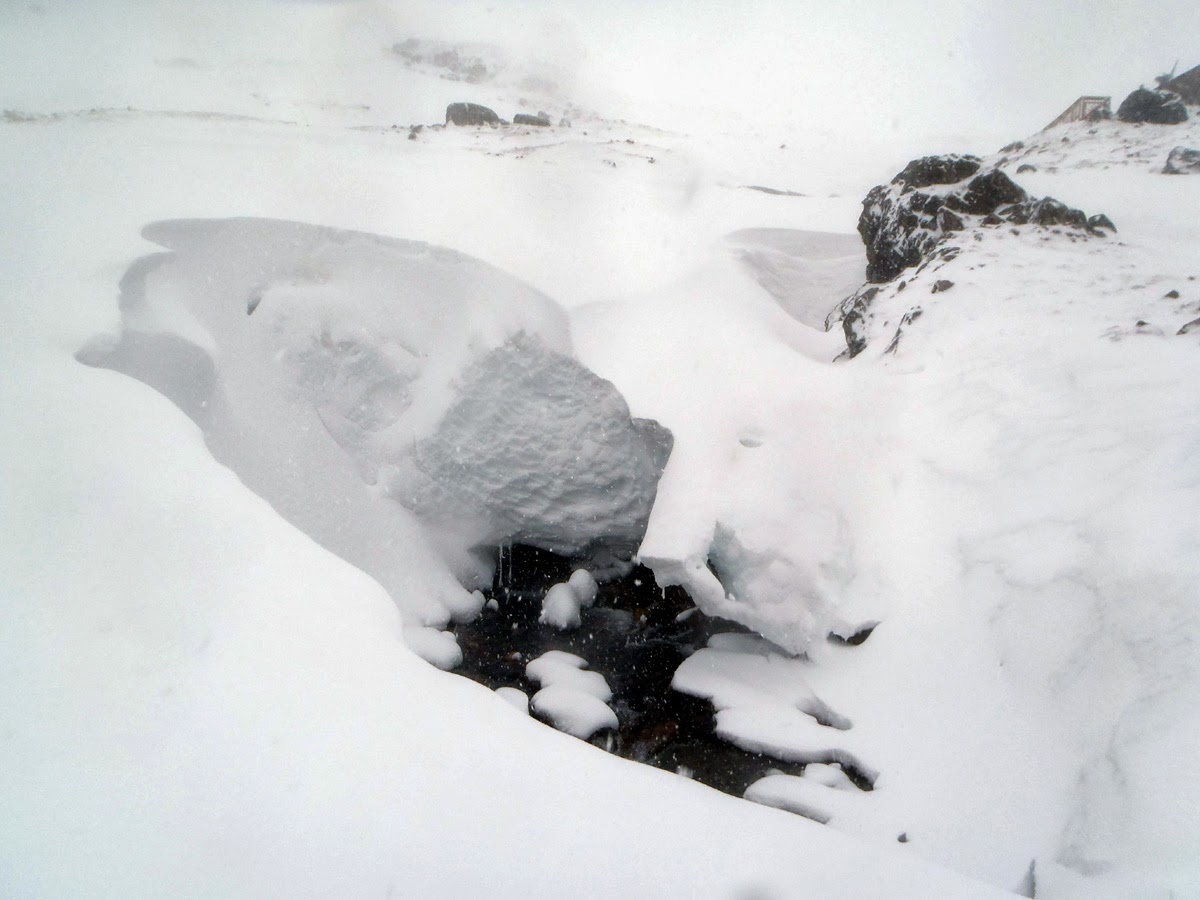