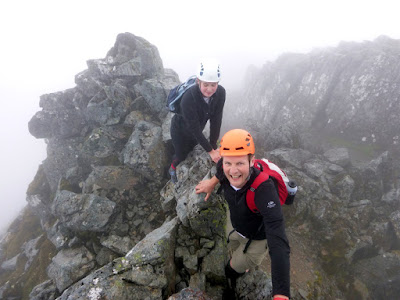 Giles and Jess wanted a go at some scrambling on Ben Nevis so we went for Ledge Route. Unfortunately we saw very little in the thick mist but it was a fun day and there were glimpses of the drops all around us. There is still a good depth of snow at the foot of Number Five Gully so we scraped some steps up this with an ice axe. This snow is many metres deep still so it will be around for a few weeks yet. Generally the snow is melting fast now though and about 1.5m depth has melted off the summit in the last couple of weeks. 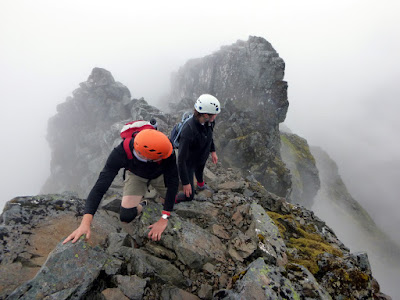 Ledge Route itself is clear of snow and the globe flowers near the bottom are about to bloom. There is also moss campion in flower, dwarf cudweed and many other plants we will be looking for elsewhere on the North Face Survey in August. 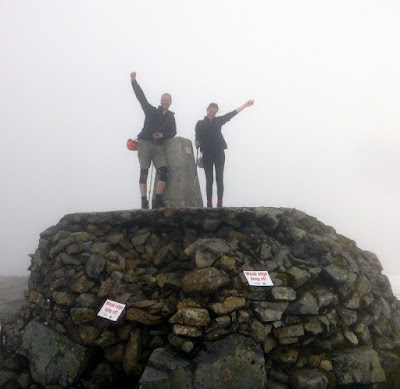 Up on the plateau there are plenty of large areas of snow but little on the Pony Track until you turn Gardyloo Gully. The last bit of snow on the summit might melt away in another week or two I guess. Jess, Giles and I waited for a view but none came today which was a real shame. We went down by Lochain Meall an t'Suidhe and through fields of flowering Butterwort and Milkwort over the bog before the Allt a'Mhuillin. The flowers are trying to make up for lost time after a very cold May and June. 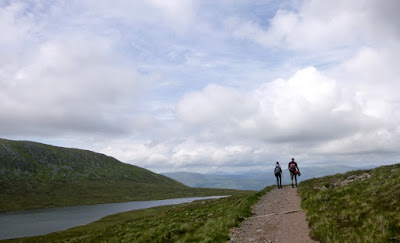