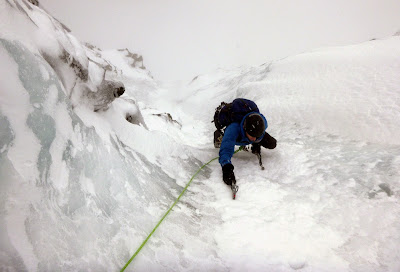 I was pleased to get a PB (personal best) today. 17th May is now the latest I have completed an ice climb in a Scottish winter season. Kieron and I were up on Ben Nevis to take some photos for the Jottnar website and we were given some very authentic weather for it. Fresh snow was down to the CIC Hut in the morning and icy rime had formed on the rocks higher up. The fresh snow was about 30cm deep in most places and there were some small avalanches in several places. 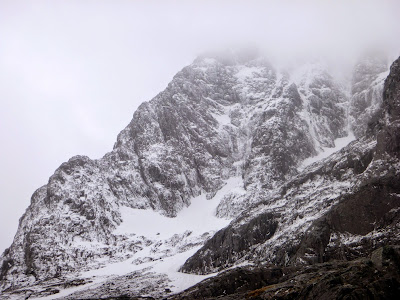 Kieron and I played about on the lowest section of Tower Ridge for a while and I was think how different it was just three days ago when I climbed it with Kees and Jeroen in warm sunshine. We also went up to climb Tower Scoop, a nice grade III climb underneath Tower Gully. The ice was fat and plentiful. It was also completely solid with no booking or detached ice at all. I'm sure Hadrian's Wall Direct would have been nice to climb today as well as Indicator Wall and Smith's Route. The spindrift would have been a bit challenging at times though! 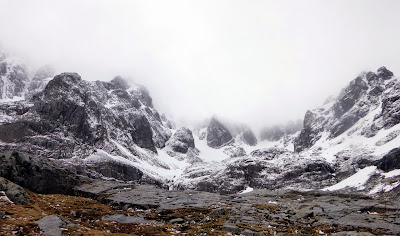 The weather forecast this week looks cold and with further snow showers above about 900m. I remember a couple of years ago, there was significantly more snow on the summit of Ben Nevis at the end of May than at the start. I wonder if this year will be the same. 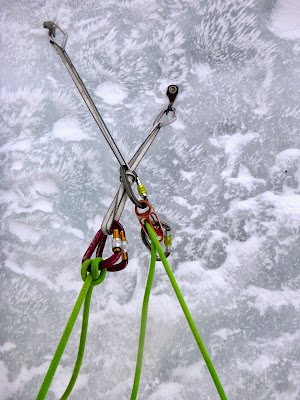