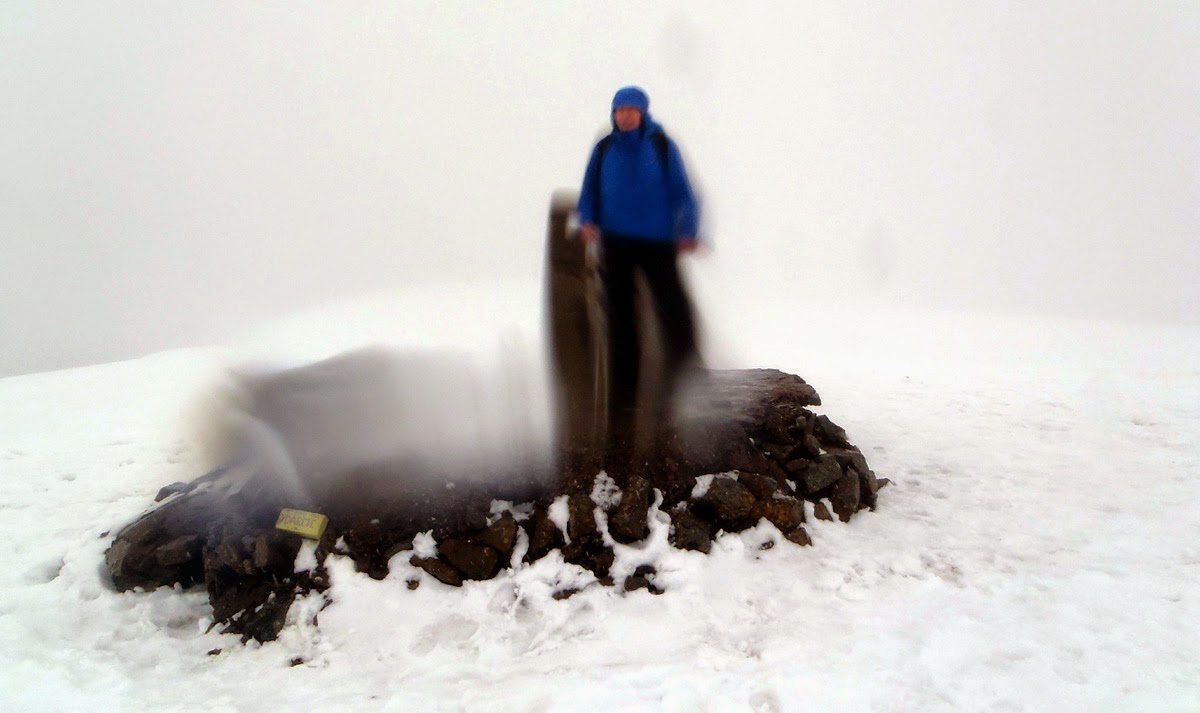 Today was the first of many Ben Nevis walks I have planned this year in 'summer' conditions. Paul can be very satisfied with a top performance, his first munro and back down in five and a half hours. This despite the continuous snow on the ground from 1100m, rain, sleet and poor visibility. 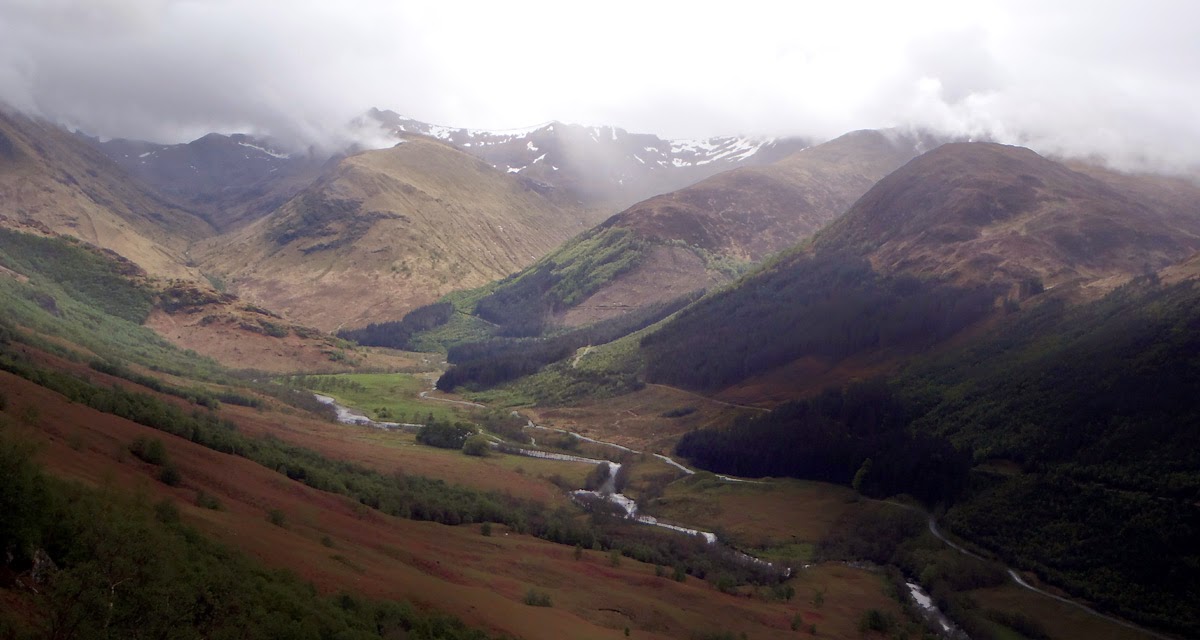 Thankfully the snow has melted away from the Red Burn crossing. A few blocks of rock have fallen from the trail but what is left seems to be quite stable. Corner number 4 is causing some head scratching as there is an obvious trail in the snow straight on into the Red Burn area and the usual trail is mostly covered by snow. If you stick to the trail you get to the main cover of snow at corner number 6, 1100m. It is then nearly all on soft, wet snow from there to the top. The snow is about 1.5m deep on the summit and the cornice walls are about 3m high and gently overhanging. There is an impressive block of snow sticking out into Gardyloo Gully too.

It's nice to see some flowers out in the sunshine on the descent. There's lots of violets and some lousewort flowering and many other plants on their way up. Strange to see the deer on the path, not batting an eyelid at us down at 300m above sea level. 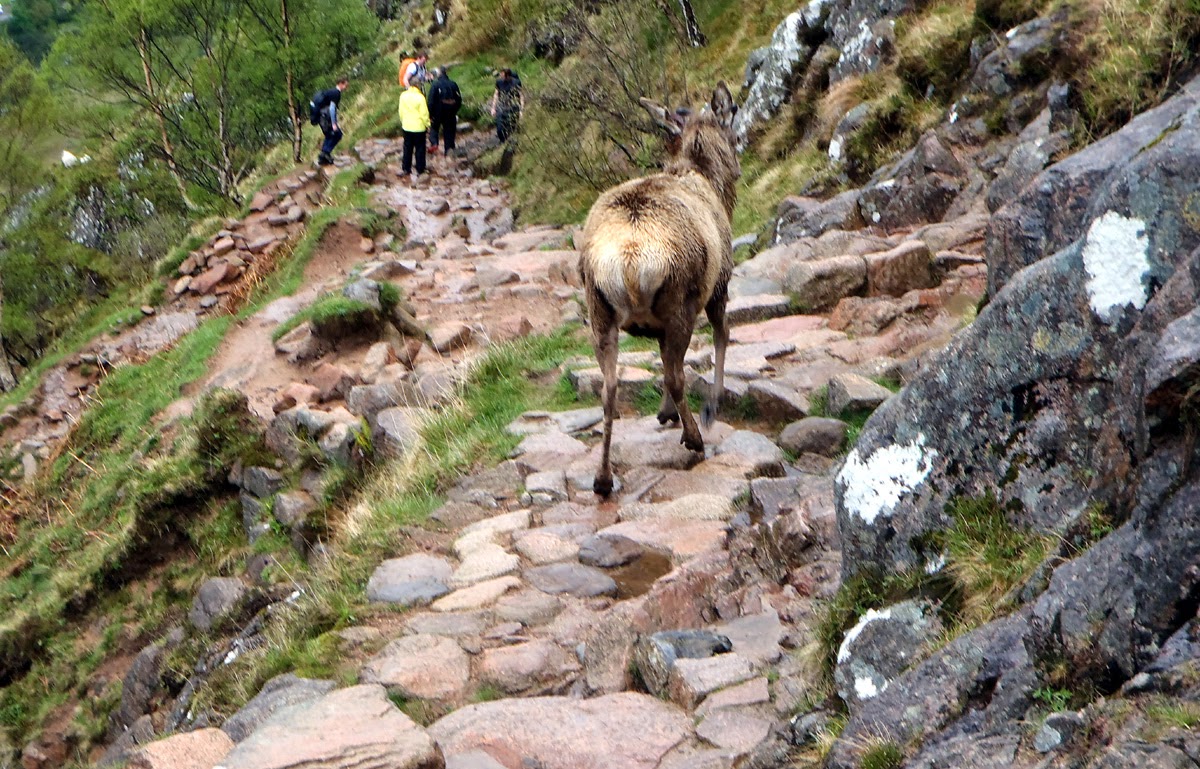