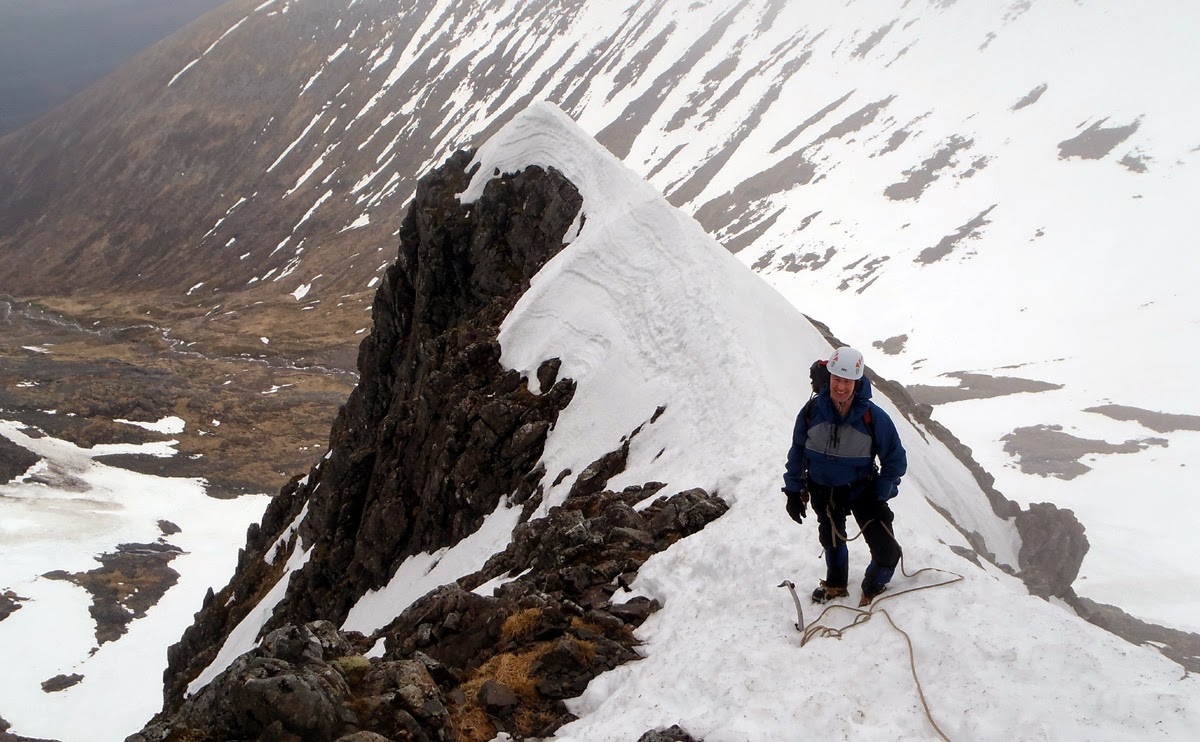 Tower Ridge still has a great cover of snow on it right down to the foot of Douglas Gap East Gully. Much of it is nice and firm despite the warm conditions and there is quite a bit of ice on the steeper sections. The chimney out of Douglas Gap is snow free as well as the first few metres of ridge. There is rock showing where you want it for anchors and belays and Tower Gap is snow free too. Basically it's in very nice spring condition and gives Alpine style climbing but without the sunshine today! 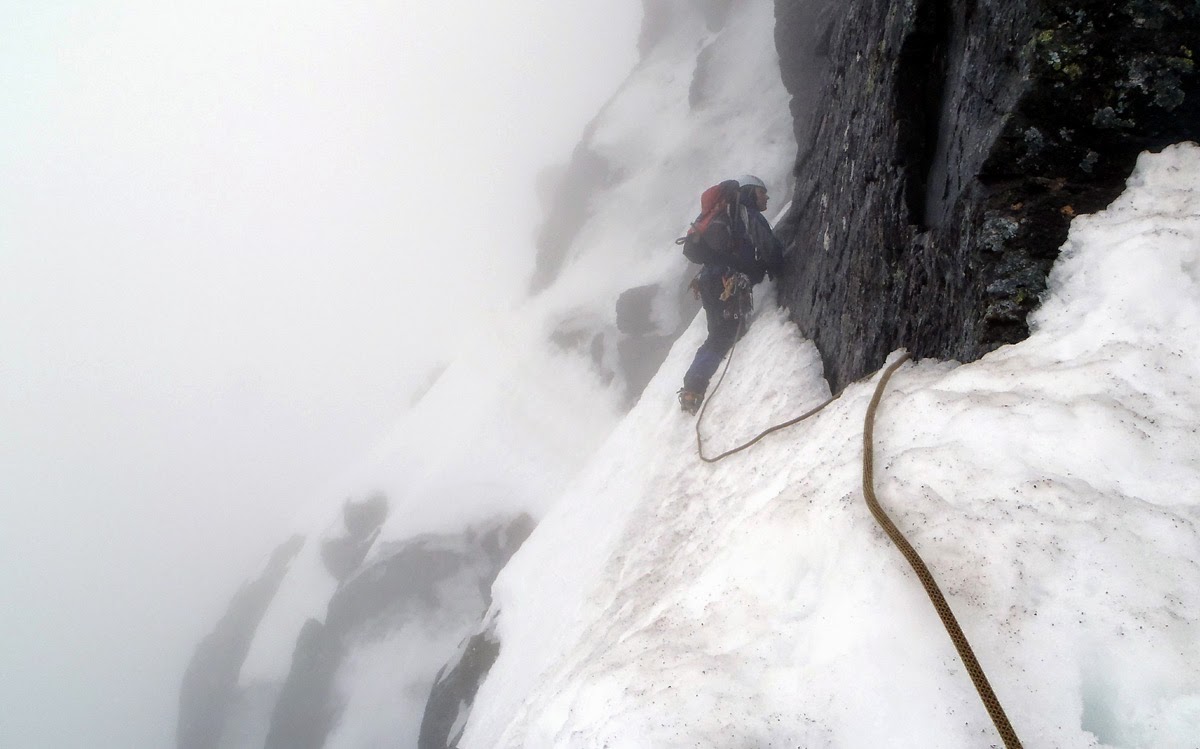 David and I had a nice climb on Tower Ridge today. With a trip to South Georgia later this year David is keen to do as much as possible himself and make sure he is on top of his game. He led us up the Little Tower and across the Eastern Traverse. We talked about the best way to use the rope on the different sections of the ridge and made good progress all the way up. There were a couple of teams climbing Ledge Route but nobody else on the North Face by the look of it. Some sunshine would have been nice but it was dry and the wind was not strong so it was a good day. Great slide down the Red Burn again too! 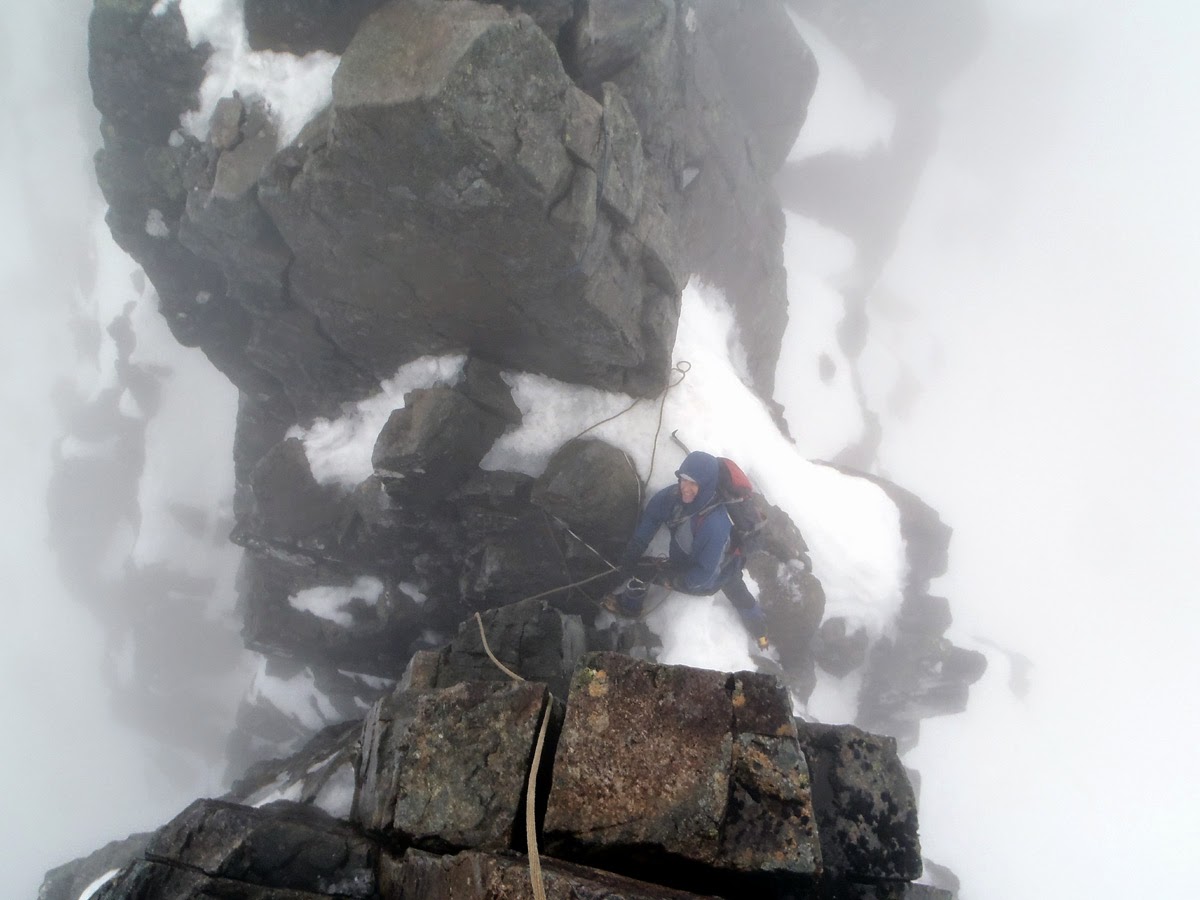